Masters 2017: Sergio Garcia says he’s still got the same ups he had when he was 19 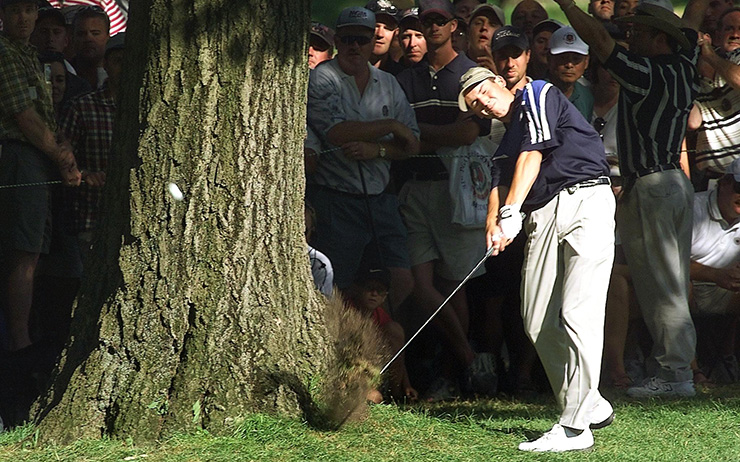 Nearly two decades later, the most famous image of Sergio Garcia in a major remains his running, leaping scissor kick after hitting a recovery shot during the final round of the 1999 PGA Championship. The moment was even brought up during Garcia’s press conference on Saturday evening after he moved into a share of the 54-hole lead with Justin Rose at the 2017 Masters.

And when asked how his athletic ability stacks up now, Garcia acknowledged he’s put on a few pounds through the years. But the 36-year-old who also plays a lot of tennis to stay in shape, still thinks he could come close to recreating that moment.

Q. When you watch the film clip, if you ever see it, of 1999 Medinah, when you’re running up the fairway, what do you think when you see that now?

SERGIO GARCIA: I was very skinny and very young (laughing).

Q. Can you run that fast and jump that high anymore?

SERGIO GARCIA: I’ll say so. I think so. I’ve still got a good set of legs. I don’t know if I can jump quite as high because I’ve got a little bit more weight on me. But I think I could probably do it quite close.

If he drains a winning birdie putt on Sunday, maybe we’ll get to see him prove it. At the very least, we’re pretty sure he can out-jump Phil Mickelson. — By Alex Myers