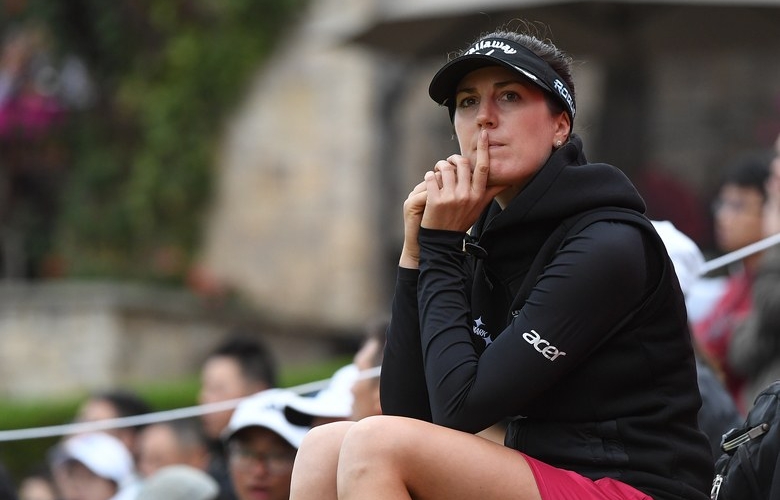 By Keely Levins
Sandra Gal, a two-time member of the European Solheim Cup team, will not play the remainder of the 2019 LPGA season after being diagnosed with dormant Lyme disease, the LPGA.com reported on Wednesday. The native of Germany said that she’d been feeling run down since the 2018 U.S. Women’s Open. She would come into tournaments with energy, ambition and goals, only to crash during the competition and feel as if she had zero energy. This continued in the 2019 season, and got bad enough that Gal, 34, was forced to withdrew from the Mediheal Championship in May.

“I felt like I wasn’t myself,” Gal told LPGA.com. “I would come to a tournament, practice, I would have intentions of what I would want to do on the golf course, but I wasn’t able to execute it.”

Gal, who is ranked No. 128 in the world, subsequently played in nine more events but missed the cut in six, including her last four starts. She’s been on medical leave since the beginning of August, and told LPGA.com that she plans to come back at the beginning of next season, ready to play.

Gal can take some guidance from PGA Tour player, Jimmy Walker, as he, too, has battled Lyme disease. The 2016 PGA Championship winner was diagnosed in 2017, as was his wife, Erin. Walker said that he felt like he had the flu, and that his thinking was hazy — he called it “brain fog.” In the year after his diagnosis, he finished in the top 10 four times.

Gal, whose long LPGA win came at the 2011 Kia Classic, hopes she can recover and return to form, too.