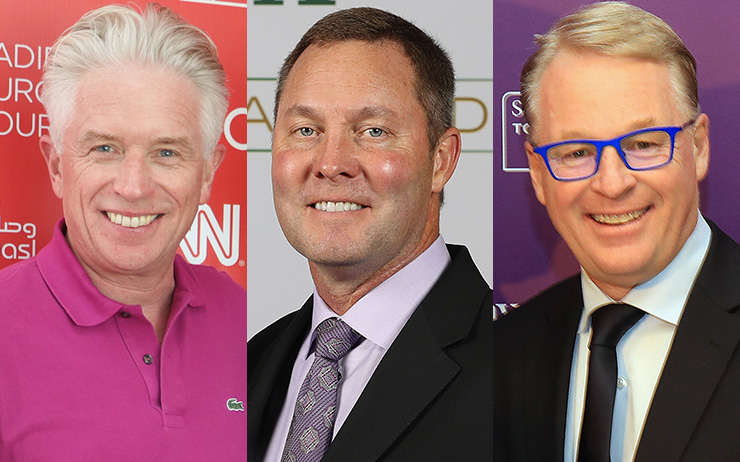 By Kent Gray
The embattled Ladies European Tour (LET) may have decided to go it alone in 2018 but insist they remain open to future partnerships with either the LPGA Tour, the men’s European Tour or a combination thereof.

New executive chairman Mark Lictenhein says the decision to press ahead with the uncertain status quo after September crisis talks with LPGA boss Mike Whan, European Tour chief Keith Pelley, Senior European Tour leader David McLaren and the R&A was born out of necessity rather than any apprehension of combining forces.

“The main issue is the timing; that we needed to put all our efforts into getting 2018 in as good of shape as possible,” said Lictenhein during a “State of the Tour’ media roundtable at the LET’’s season-ending Omega Dubai Ladies Classic.

While a full schedule for 2018 is yet to be finalised, a new four-event Australia swing, co-sanctioned by the Australian Ladies Professional Golf Association (ALPG) and offering a combined purse of US$1 million, has been confirmed for February. Lictenhein also spoke of positive “tailwinds” and a potential schedule of 20 events after the 2017 calendar was reduced to 15 events (effectively 13 with the British Open, Evian Championship and a limited field team event in Japan) following the net loss of five tournaments.

“If we had spent from September till now working on restructuring the Tour and all the legal implications thereof, I don’t think there wouldn’t have been enough time to do anything. Plus the fact that we’d been in that process would have made it impossible to bring on new sponsors or build confidence. They would have wanted to wait and see what the results of that process would be.”

Lictenhein, who was appointed chairman a year ago and took over the day-to-day running of the tour in August following the mutually agreed departure of CEO Ivan Khodabaksh, said the LET would continue to look at ways it could work more closely with the LPGA and European Tours.

The LET and LPGA are already partners in the Solheim Cup and the co-sanctioned Scottish Open which will be held back-to-back with the European Tour’s equivalent at Gullane G.C. in East Lothian in July. There is also the “co-located” Trophee Hassan II (men’s) and Lalla Meryem Cup (LET) in Morocco in April while golf will take part in a new multi-sport European Championships on the Centenary Course at Gleneagles, Scotland, in August where there will me a mixed foursomes event as well as individual men’s and women’s competitions.

“We haven’t closed the door by any means to the LPGA and The European Tour…  I speak regularly with Mike Whan, so does [LET Player President] Helen Alfredsson. It’s not like we are some kind of strangers waiting for some kind of merger and acquisition discussion to take place,” Lictenhein said.

“But you know, I think it’s very complicated in terms of a merger and acquisition strategy for membership organisations. I mean, we’re not talking about corporate entities where you change the share holding.  We are a membership organisation. So working through the ramifications of any kind of merger and acquisition would be extremely complex I think.“

With that said, Lictenhein confirmed talks would resume in April.

“Don’t get me wrong, we are more than happy to work together to identify the opportunities. We all agreed when we sat down in September with the LPGA, the No. 1 priority was rebuilding the European schedule.  So there’s no disagreement about that.  It’s just a question of how we do that.

“The key for us is, whatever we do, we create a sustainable solution for the future. This isn’t about throwing some money, creating artificially one or two tournaments.  That’s not really going to help anybody.

“In fact, it’s going to disrupt the market if we start shoving all of this free resource over here to create something. We need to be working with our partners, with the federations, with the sponsors, to find long term, sustainable solutions.”