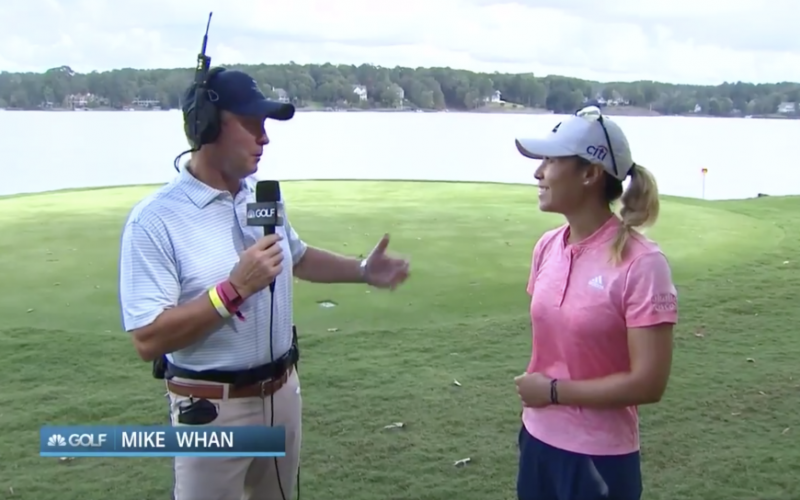 By Keely Levins
There was a different voice coming through the microphones at the LPGA Tour’s Drive On Championship at Reynolds Lake Oconee on Thursday: Commissioner Mike Whan spent the afternoon working as an on-course reporter during Golf Channel’s broadcast of the first round in Georgia. And you know what, he was pretty good.

Whan had some confidence about his course knowledge going into the round, as his family has had a vacation home at Lake Oconee for the past five years. It was his personal connection to the location that helped the event come about. The LPGA Tour’s month-long Asia Swing was cancelled due to the complications pertaining to the spreading of COVID-19. To break up what would have been more than a month off, Whan helped put together the new Drive On event.

As part of his commentating duties, Whan took some time to do on-course interviews with players. It provided an opportunity to showcase Whan’s genuine rapport with the players on tour. The mutual respect and the relationships Whan has with the athletes made the interviews better than you’d expect from a commissioner.

.@LPGACommish: “If you were commissioner for an hour – your first decision would be?”@daniellekang: “Hire Mike Whan back.”

From some self-deprecating humour about his Whoop band warning that he’s not used to walking so much, to casually using DK as Danielle Kang’s nickname, Whan proved himself a natural.