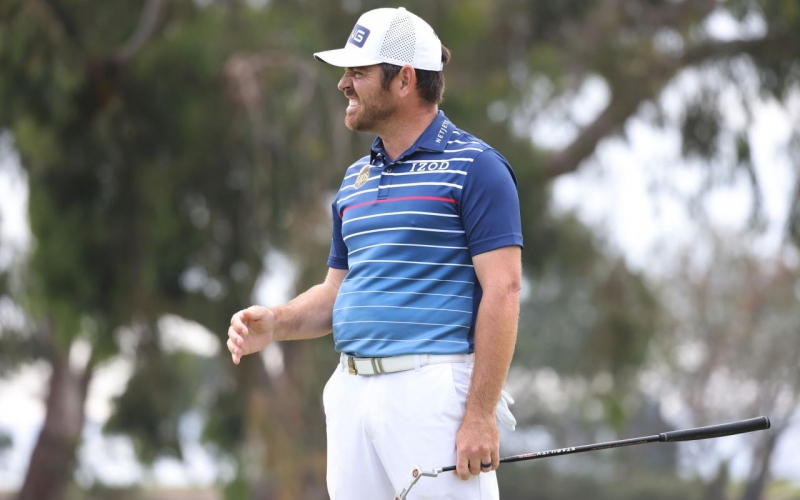 By Dave Shedloski
Until Jon Rahm’s closing one-two punch at Torrey Pines— followed by a one-two fist pump—it had been 39 years since a player birdied the final two holes to win the U.S. Open, Tom Watson executing the feat at Pebble Beach in 1982 to relegate Jack Nicklaus to his fourth runner-up finish in the championship. Already done for the day, Nicklaus, a four-time national champion, could do nothing but watch helplessly.

Louis Oosthuizen still had four holes to play Sunday when Jon Rahm rammed in that 18-foot slider on the home hole of the South Course to leapfrog the South African and finish off a four-under 67 to get into the clubhouse at six-under 278. And after two clutch pars, Oosthuizen reached a juncture that Rahm mastered and that he knew all day would decide the 121st U.S. Open.

“I always thought 17 and 18 were going to be the two scoring holes on that back nine,” said Oosthuizen, who had eagled the 18th on Saturday with a 52-foot laser to grab a share of the 54-hole lead and had played that stretch in three-under overall and without a bogey.

Training Rahm by one, a birdie from Oosthuizen on either of the two holes would force a playoff. Two birdies and he would (finally) add a second major title to his 2010 victory in the Open Championship at St. Andrews.

But just as he had in the PGA Championship at Kiawah Island last month, Oosthuizen, who looked so cool and had played under control all day, made a fatal error that cost him the title. At the Ocean Course at Kiawah Island, while pursuing Phil Mickelson, Oosthuizen drove poorly at the 13th hole on the way to a double bogey. This time, still in control of his destiny, he pulled his tee shot at the short par-4 17th in the penalty area left of the fairway when he had “miles of golf course on the right” as NBC analyst Paul Azinger described it.

Oosthuizen “saved” bogey, but the damage was done. His up-and-down for birdie at the last only added to the pain and disappointment. So close. Again. His closing 71 left him at five-under 279, a stroke behind, for his sixth runner-up finish in a major and second in a row.

“Seventeen was the key hole,” said Oosthuizen, 38, one of nine men to own the silver slam, that being second-place finishes in all four majors. “Drive that in the fairway, and I’ve got sand wedge into that pin, which would probably give me hopefully inside a 10-foot putt for birdie. Obviously, 18, you can lay up there and go for it, whatever decision you want to do. But I pulled it by five yards, that tee shot, and … as I saw the line it was on, I knew it wasn’t going to bounce to the right.”

Oosthuizen is a wonderful U.S. Open player. In his last three starts he has finished T-7, third and now second. He also finished joint second in 2015 at Chambers Bay when he blistered the place for a record 199 over the final 54 holes. His opening 67 on Thursday at Torrey Pines was his ninth round of 67 or better in the championship, two more than second-place Nicklaus. 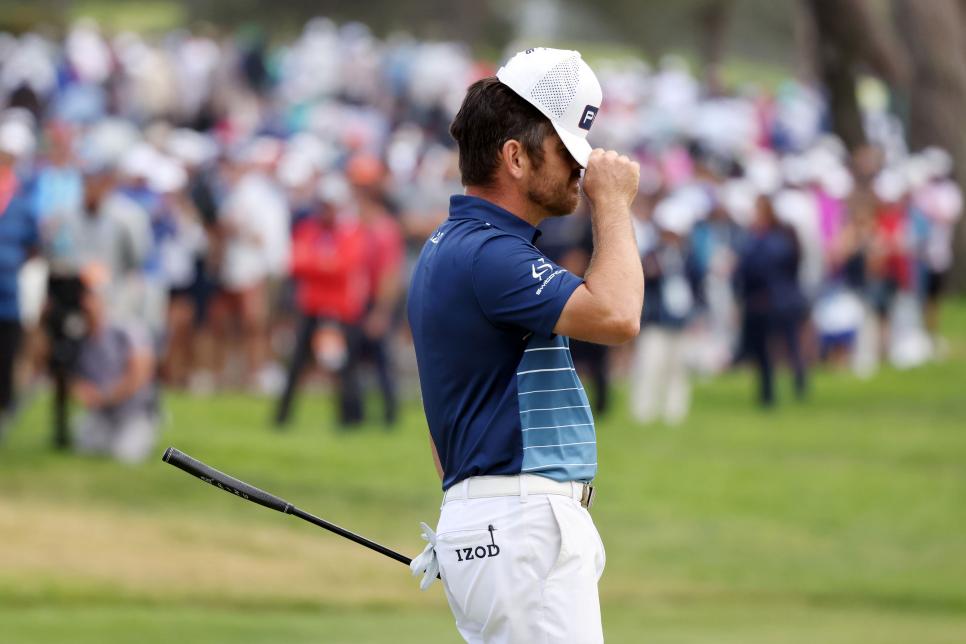 Harry How
Louis Oosthuizen reacts after making birdie on the 18th but still losing by one to Jon Rahm at Torrey Pines.

But finding the magic he enjoyed 11 years ago at St. Andrews has proved elusive. The men with whom he shares that silver slam include Nicklaus, Watson, Arnold Palmer, Phil Mickelson, Dustin Johnson, Greg Norman and Craig Wood. But he is the only one with just one major title. He is one of 13 men with at least six runner-up finishes.

“I played good. Just fell a little short again,” said a gracious Oosthuizen. “It was Jon played a great round of golf; four under today on that golf course is a really good score. I could see early on what was happening with the leader board at the end and knew that I need to push at the end to do something.

But it didn’t have to be anything special. Which will make falling short a tall order to get over.