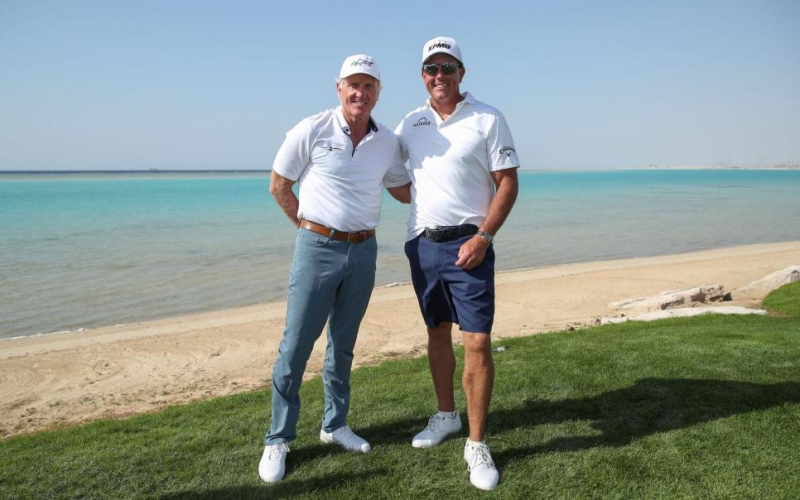 By Kent Gray
After insulting the Saudi Government and openly admitting he was using the now named LIV Golf Invitational Series as leverage against the PGA Tour’s “obnoxious greed”, you might have thought Phil Mickelson would be persona non grata to the breakaway league.

Not so, insists Greg Norman. The LIV Golf Invitational Series Commissioner says the door remains open to Lefty joining the new $255 million series slated for an early June start on the outskirts of London, despite the American’s self-confessed ‘reckless’ comments.

Mickelson hasn’t been heard from since apologising to the “visionaries” behind the new series, LIV Golf Investments, which is bankrolled by Saudi’s Public Investment Fund. The six-time major champion concluded his social-media mea culpa by saying he “desperately need some time away to prioritise the ones I love most and work on being the man I want to be.”

Just as PGA Tour Commissioner Jay Monahan has said he is open to talking to Mickelson, Norman said he would welcome a call from the Ryder Cupper when Lefty was ready.

“I have not spoken to him in quite a while,” Norman told Golf.com on Wednesday morning. “I’ve wanted to leave him alone. He wanted to have his own space, so I just respect that.

“He’s been great for the game of golf. He’s got a fan base that’s incredible. He’s done things that many other players wish they could emulate over their career. And I wish him nothing but the best. I really do. From a player-to-player perspective, we’ve all screwed up in our lives. We’ve all made some stupid statements and comments over a period of time that we wish we could take back.

“At the end of the day, I just want Phil to know from a player’s perspective, and as the CEO of LIV Golf, that we welcome him back [when] he wants to come back and play the game of golf.