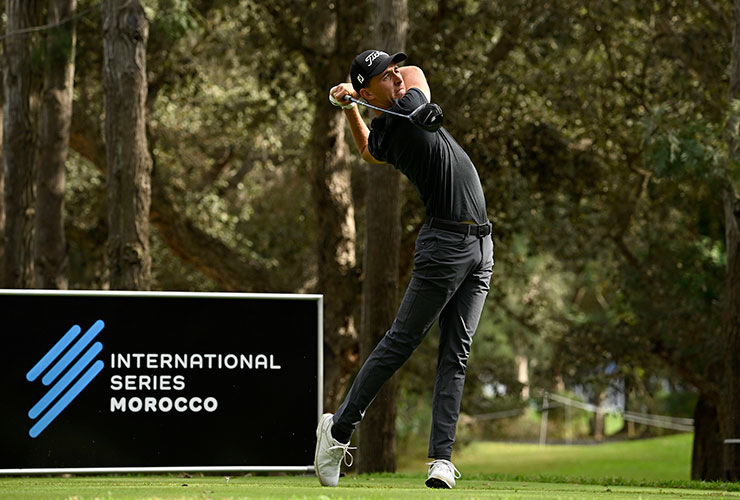 He carded a four-under 69 at Royal Golf Dar Es Salam to lead on 10-under by two shots from overnight leader Richard T Lee from Canada, who carded a 74.

Another LIV-er, Scott Vincent, has familiar company as his brother Kieran is tied alongside him for third, one stroke further back, along with Australian Scott Hend, who came in with a 72.

Puig, who played for Arizona State University, turned professional in September to compete in the LIV Golf Invitational event at Chicago, and this week’s Asian Tour event is only his second tournament as a pro.

“You know, I played pretty good overall,” said the 20-year-old. “Obviously I hit it pretty good to not make any bogeys, but the whole day I played pretty steady. I’m hitting fairways and greens, and I made all the short putts that I needed to make. I’m excited and looking forward for tomorrow.

Kieran Vincent’s was the latest victim to the airline crisis. Not only did his clubs not arrive with him when he landed on Tuesday from New York, but he only received them on Thursday morning just hours before he teed off after he went to pick them up at Casablanca airport, which is well over a one-hour drive from the golf club.

“I didn’t even know my clubs were there [at the airport on Thursday]. I was lucky enough that they were coming on that flight from JFK, so I picked them up and got here just in time for my tee off time,” said the Zimbabwean.

“I had arrived here on Tuesday morning and was club-less. So just came up to the course and thought at least we’ll see the course and do a little bit of practice. I think I was using someone else’s wedge, and a putter from who knows when.

“One of the guys from here I was lucky enough for him to lend me a set for Wednesday too, if I was able to just go out there and play a couple of holes. So, I was lucky enough to do that. But the main reason was we had some clubs to play and practice with.”

He made an eagle, and seven birdies and will play in the final pairing on Sunday with Puig and Lee, with his brother Scott in the penultimate group.

You may also like:
Get your FREE November issue of Golf Digest Middle East here
DP World Tour Championship to be greenest yet
Rory shows of funny side and impressive trophy room
Famous Tiger Woods golf ball up for auction
Lydia Ko having ‘best season of her life’
Scheffler can steal back No. 1 from Rory
Nelly and Lexi in for QBE Shootout
Dubai’s Chiara Noja on a stellar 12 months as a pro
Tiger and Rory to play in ‘The Match’
Bubba says he was paid guaranteed money from PGA Tour to appear in events
DP World Tour announces guaranteed pay for players and launches 2023 calendar
Koepka leads LIV fleet at International Series Morocco
Top tips from Butch Harmon