Like father, like son as Egyptian Issa Abou El Ela gives himself a shot at a debut MENA Tour triumph 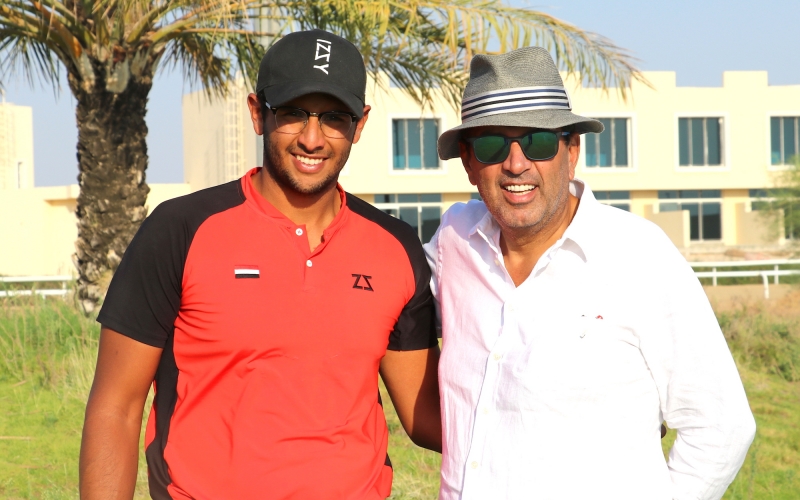 By Kent Gray
Dream debuts are clearly in vogue on the MENA Tour by Arena.

While a second successive 64 saw Englishman Harry Ellis extend his overnight lead from one stroke to two over Swede Jesper Alm, it is the performance of Issa Abou El Ela that has caught much of the attention at the Al Ain Open by Arena.

The 24-year-old Egyptian marked his opening round 66 with a hole-in-one on Al Ain Equestrian Shooting and Golf Club’s par-3 15th on Monday and went a shot lower on Tuesday to move to -9, just three strokes adrift of Ellis heading into today’s final round.

Abou El Ela found himself amid a four-way tie for the third-place alongside Sweden’s Gustav Kocken (65) and amateurs Josh Hill (66) and Curtis Knipes (64)  and in with a chance of emulating Robin ‘Tiger’ Williams who captured the autumn swing’s opening event, the Journey to Jordan #2 Championship, in his maiden MENA Tour start earlier this month.

His debut on the regional Pro-Am circuit perhaps shouldn’t come as such a great surprise given Abou El Ela’s pedigree mind you.  The Madinaty Golf Club member from Cairo is the son of Amr Abou El Ela, winner of seven Pan Arab Championships and one of the most respected names in Middle East & North African golf.

“I played just one bad hole and I made a bogey there (on the 9th). Otherwise, it was a slightly boring round with lots of fairways and greens. I am really enjoying my first start on the MENA Tour and I am excited I have a chance tomorrow. I just want to stay positive,” he said. 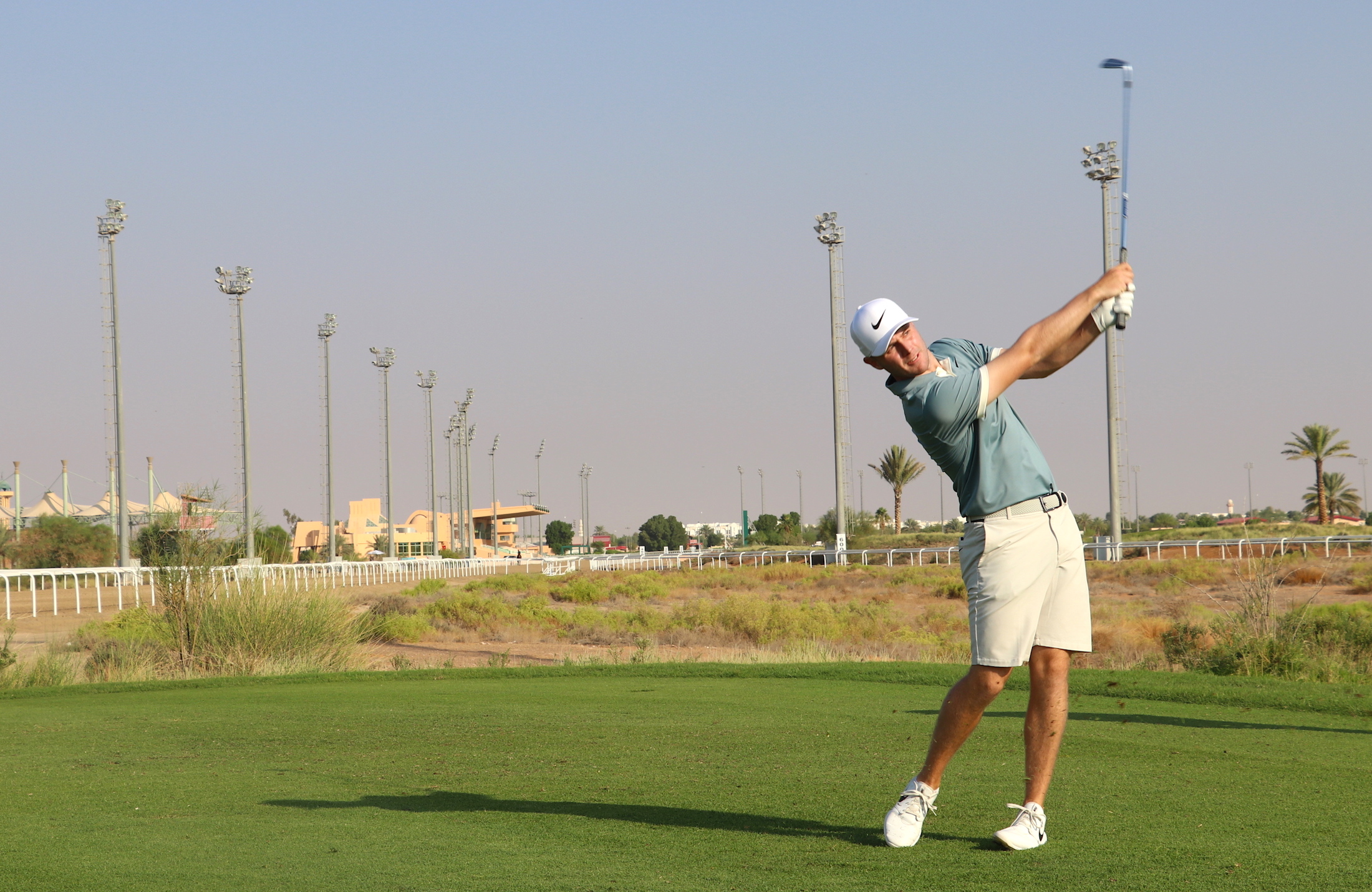 Kicking on from his T-2 placing in Abu Dhabi a fortnight ago, Ellis again went bogey-free to move to 12-under par 128 with his two 64s. Unlike the first round where he managed a solitary birdie on the back nine, the Southampton 24-year-old made three on either half of the pa 70 layout on Tuesday.

“It was important for me to get off to a good start and carry on that momentum from yesterday, and I managed to get an early birdie on the 10th, which was playing very long and into the wind,” said Ellis, who received a message from former world No1 Justin Rose on Twitter after the round.

Our tweet on @HarryEllisGolf leading the Al Ain Open by Arena at @aesgc was liked by @JustinRose99, who has the same management company @excelsm.

So, we asked Harry about the relationship he shares with the former world No1 and how Rose has motivated him to become better. pic.twitter.com/6pu4rLExn5

“I just went back yesterday and reflected the way I played the back nine and did a much better job of it today. I still left a few out there, but it was a bogey-free round. I think this may be the first time I have been bogey-free for 36 holes, so very happy with that accomplishment.”

Two straight days of 64 and two consecutive bogey-free rounds!@HarryEllisGolf leads the Al Ain Open by Arena and is delighted with the way he is playing his golf. pic.twitter.com/2R3c7vI6L8

Like Ellis,  Alm is also searching for a maiden title on a recognised tour. The Swede insisted he hadn’t played as well on Tuesday as he had for his matching 65 on Monday but a final-hole eagle lifted his spirits.

“I am hitting my driver great, and I hope to take advantage of that. On the par-5 18th, I just heeled it a bit, but the drive still went 330 yards and I hit a 4-iron to about 20 feet and made the putt,” said the 27-year-old who grew up at the same golf club in Sweden as his idol Henrik Stenson.

“It was a solid round, but yesterday was better. I hit my irons really well but did not make as many putts. I like the golf course, so I am really looking forward to tomorrow.”

How cool is this dude? An unabashed fan of @henrikstenson, he does not mind taking a jibe at his idol!! Well done Jesper Alm! https://t.co/oJvg89qGv7

Meanwhile, Dubai-based Hill clearly has some buttering up to do at home!

SCHOOL’S OUT!!
There is a bit of trouble brewing in the Hill household!
Josh Hill shot a 66 and is T-3 going into the final round of Al Ain Open by Arena at @aesgc.
The 15-year-old is supposed to be catching up with his school work, but he is planning to defy his parents’ orders! pic.twitter.com/lsfaAyftJN