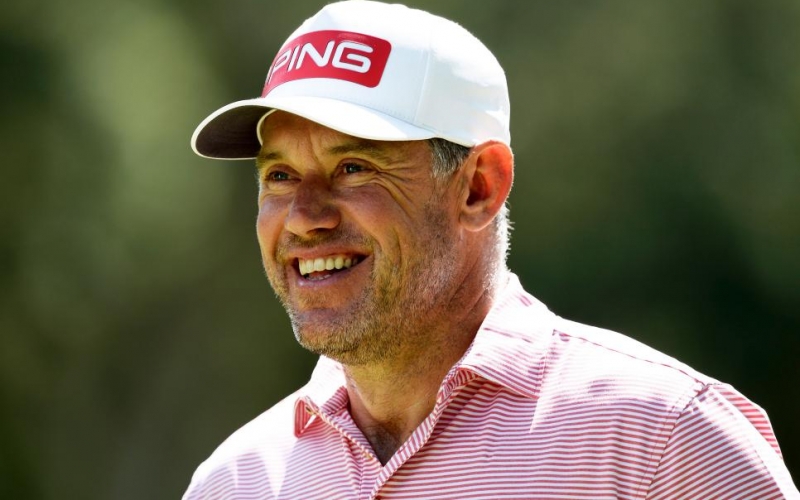 Octavio Passos
For the fourth time in his career, Lee Westwood has earned the European Tour’s Golfer of the Year honour.

By John Huggan
It’s been quite a 2020 for Lee Westwood. The year started with his 25th European Tour victory in Abu Dhabi and is ending with another first-place finish. For the fourth time in his distinguished professional career, the 47-year-old Englishman has been named the European Tour’s Golfer of the Year.

Westwood built on his early success in the Middle East with a series of consistent performances that have seen him rise from 59th to 36th on the World Ranking. In 15 European Tour starts, the 10-time Ryder Cup player at one point recorded six straight top-20 finishes. Only once did he miss the cut, his season climaxing with second-place finish behind Matt Fitzpatrick at the DP World Tour Championship two weeks ago. That all added up to a third career victory in the Race to Dubai and surely made this latest accolade an easy choice for the panel of journalists charged with the decision.

Still, for all that he was well qualified, coming out on top in the voting wasn’t something Westwood was expecting. Such a thought hadn’t even crossed his mind, he noted, until he was told of his win last week.

“This is a nice accolade,” Westwood said of an award he previously collected in 1998, 2000 and 2009. “I’m delighted because this isn’t the sort of thing you expect to be doing at my age. I should be slowing down, but I seem to be speeding up. And it’s been nice to get congratulations from my fellow players. That means the most. They understand what we all go through to play well on tour.” 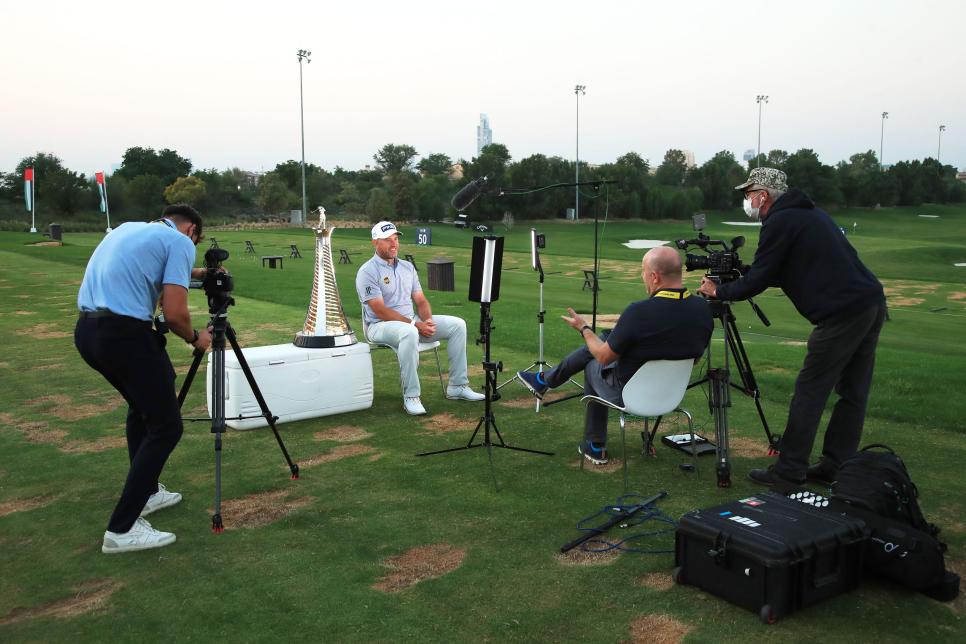 Andrew Redington
Lee Westwood talks to the media alongside the Race to Dubai Trophy after taking the season-long title earlier this month.

Westwood has been that longer than most and was quick to pay credit to the fact that he has retained the motivation required to prepare properly for competition at the elite level.

“I don’t feel like a 47-year-old. I feel like a 25-year-old,” he said. “Mentally, I’m still keen. And I’m still in shape. In Dubai, I hit the ball farther than I ever have. I don’t see why you can’t play well at 47. Age is just an excuse people make. The key is retaining the enthusiasm that gets you into the gym or spending a couple of hours on the chipping green when you don’t really feel like it. I still enjoy that stuff. I know it will benefit me down the line. I understand that all the little things help me in the big tournaments at the right times.”

That said, Westwood’s age is a recurring theme. History tells us that, for the vast majority of players, the time between 45 and 50 is something of a black hole. Too old to be competitive on the regular tours, too young for the senior circuits is a conundrum many have wrestled with unsuccessfully. But, so far at least, Westwood is bucking that trend.

“My age is not something I can do anything about,” he shrugs. “But I like to prove that you can still play good golf into your late 40s. Bernhard Langer is an inspiration to all of us. Look what he did at the Masters [becoming the oldest player to make the cut at 63]. He has kept his freshness. He’s still probably the hardest worker in the room. He has proved that you can play great golf into your 60s. Why not? It’s not like you have to run fast or lift anything heavy. Plus, I don’t really sign up to the theory that your nerve goes when you get older. It shouldn’t. But I must admit it is nice to beat kids who weren’t born when I won my first tournament.”

Also adding to Westwood’s feel-good factor is the regular presence of his fiancée, Helen Storey, on his bag. Storey knows little about golf and plays no part in any on-course decisions, but has the important and tension-relieving knack of importing perspective.

“Helen gives me reality checks on the course,” Westwood says. “My mind can wander, and when it does, she says little things to make me focus there and then. We have a laugh out there. She asks me about shots and when I tell her what I’m thinking she says, ‘So you’re just going to belt it then are you?’ She brings it down to the basics. And she’s funny. When I get a bit carried away talking about majors, she says, ‘It’s just another walk around a big green field, isn’t it?’ Which it is. And that’s what I need. She simplifies everything.” 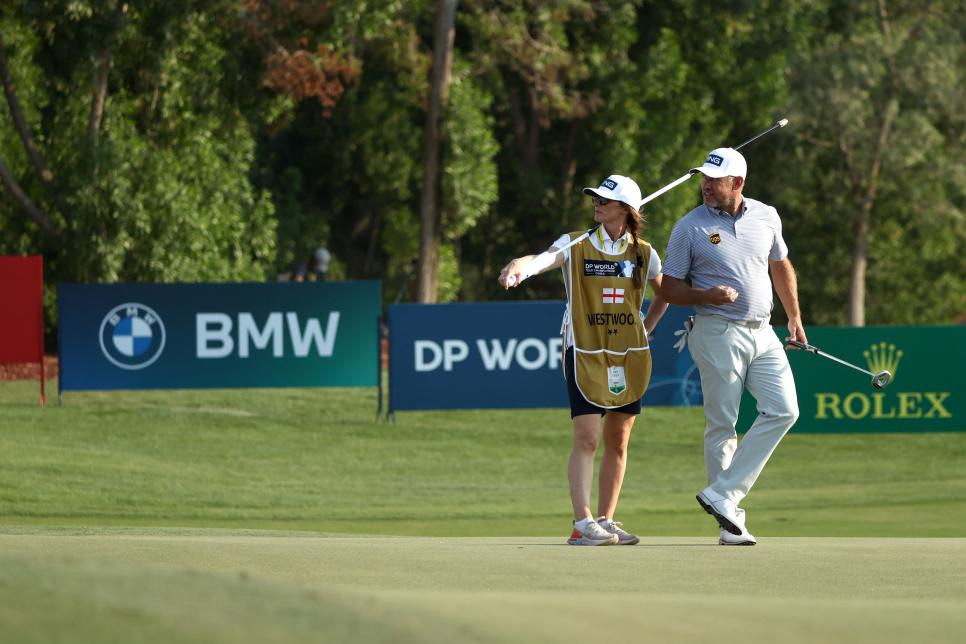 Francois Nel
Westwood credits his fiancée/caddie Helen Storey for helping him stay both relaxed and focused on the course.

Looking forward, Westwood is philosophical about his chances of making an 11th Ryder cup appearance in September: “If I play well, I’ll be in the team.” (He’s currently inside the automatic qualifying on the World points list.) But, no matter, he is reassured by the fact that, even if he falls short as a player, he will be at Whistling Straits as an assistant to European captain, Padraig Harrington.

Then there are the majors. Famously, Westwood has accumulated as many as 19 top-10 finishes in golf’s four biggest events—and at least one top-three at each. But he has yet to win one, which is not to say he has given up. Not when he is still putting in the work, both home and away.

“You can’t turn up at major championships and say, ‘I’m going to win this week,’” he says. “All you can do is know you’ve done all the preparations you could do and ticked every box. Then hit the ball. It’s that simple. The build-up to the Masters doesn’t start with a run of tournaments in March. That build-up starts on the bike and on the weight bench [in the off season]. It’s an on-going preparation. I want to be as ready for Abu Dhabi in January as I am for the Open Championship in July. It’s a constant job.”

One he is still doing rather well.