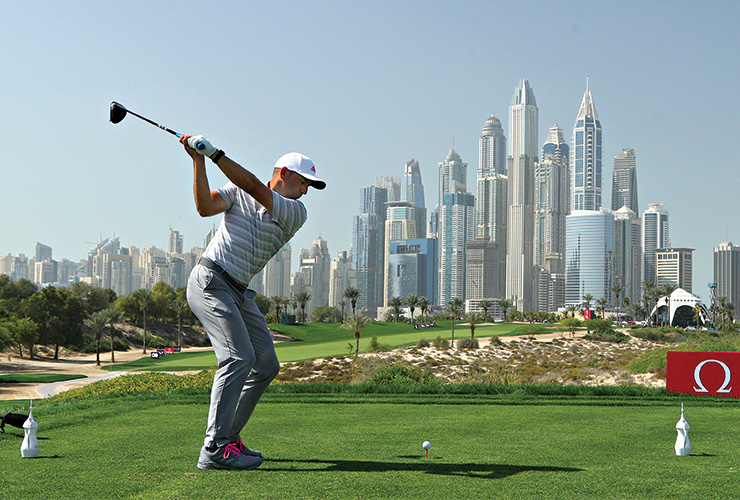 An eagle on the Majlis’ always pivotal 359-yard, par-4 17th hole could yet prove critical if he is to kick on to a second Dallah trophy.

The Spaniard, champion here in 2017 before going on to win the Masters that year, managed to narrow the gap with eventual leader Paul Casey to five shots with the eagle when he holed an exquisite flop wedge shot from 15 yards after smashing his drive into the left rough.

That helped him finish on five-under par 67 for the day and 10-under par after the third round, tying him for fourth place.

“I love hitting my driver on that hole. I hit a lovely one today, but just turned it a bit. I was left with a very tricky chip and the only thing that was helping me was that I was hitting it straight into the wind,” said the world No.45.

“I hit a flop and hoped it would land on the fringe and leave me no more than a six-seven feet putt for birdie. But it just took a couple of hops and went straight in. It was a bit of a bonus, really.

“I always love short par-4s. I think they all have lots of personality and the 17th here is no different. You can play them in so many different ways – you can be super aggressive and go for the green, or you can be conservative and lay up to the yardage you feel comfortable. These are holes that make you think a little bit and that’s what we want in the game.”

Garcia said it was not his best ball-striking day, but he managed to limit the damage to just one bogey.

“There was a little bit of everything, I guess. I hit some good iron shots. I didn’t feel like I drove it badly, but it was a little bit windier, a little bit trickier. Wasn’t able to hit as many fairways. But obviously a couple of good birdies on the back nine and then obviously the chip-in on 17. Yeah… happy with the score, but there’s some things that we need to improve.”