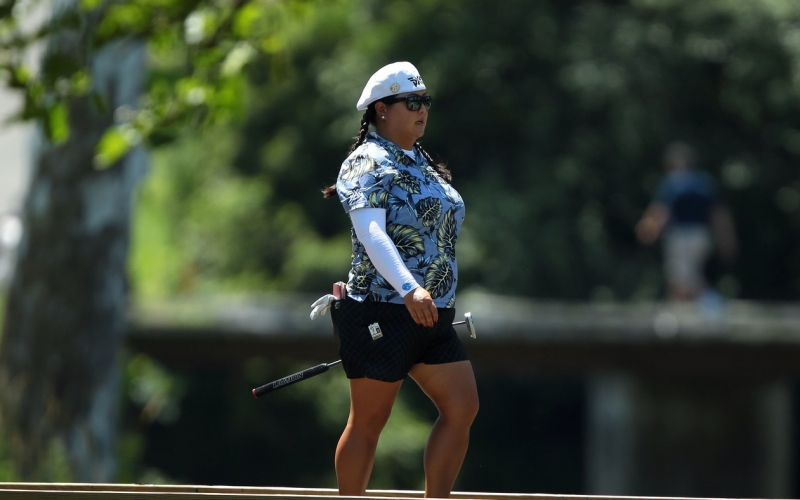 “I’m a little bit of a golf nerd,” she says. Kim adds that she also finds driving cathartic.

If nothing else, it was also a respite from the rules controversy and ensuing backlash that the 35-year-old three-time LPGA Tour winner found herself entangled in after reporting a violation that involved Dewi Weber and Kendall Dye during Thursday’s sixth round of LPGA Q-Series at Pinehurst No. 9.

As Weber had prepared to play the par-3 17th (the group’s eighth hole of the day), Dye motioned to Weber’s caddie to confirm what club Weber was hitting. Doing so is a violation of Rule 10-2 under soliciting advice. Kim saw the interaction, and after the group putted out says she alerted an official who was behind the green.

“I said, ‘I think I saw an infraction,’ ” Kim told Golf Digest in a phone interview on Monday. “I said, ‘Is this allowed?’ and made a motion. I was not exactly given a clear answer of yes or no.

“Given that we were chasing daylight, I wasn’t going to [carry on]. I was 99.99 percent sure it was a violation. [The official] asked if I wanted to handle it now or later, and I said we’ll handle it after the round. That was my choice, because I needed to make sure from this individual that it was a violation. I didn’t receive any confirmation that it wasn’t.”

RELATED: Controversy erupts at LPGA Q-Series following rules violation and how it was reported

The result was a two-stroke penalty for Weber and Dye, even though Weber was unaware of the communication at the time. When the two-week Q-Series concluded on Saturday after the eighth and final round, Dye and Weber missed out on LPGA Tour cards—Dye by four strokes, Weber by nine—with Weber conceding that the penalty had affected her weekend play.

Kim, who did secure her card, says she feels horrible about that but remains resolute in her decision to report the violation.

“A lot of people think it’s [bad] that I waited,” Kim said, “but I didn’t want to make an accusation if there was a chance it was going to be a false accusation.

“I was very surprised [they didn’t know the rule]. I don’t want to say I am disappointed in them as individuals, but I am disappointed in the fact that [the violation] was even a possibility, that people claim to have seen it thousands of times. What shocked me was their lack of knowledge of the rules. Does that suck? Royally. Is it excusable? Absolutely not.

“I think everybody, myself included because I don’t know all the rules verbatim, [should know the rules]. There’s no harm in knowing the Rules of Golf. This isn’t basketball, where it’s you can foul someone but [are told] don’t get caught. That’s the antithesis of everything golf is founded on.”

Not long after the story first broke, a firestorm ensued on social media, particularly after Kim’s first tweet following the incident, which read, “Quick PSA-if you’re a golfer, please read and know the rules. PLEASE!!!”

The responses that followed ranged from support of Kim, to calling her a narc, or worse.

Though Kim has spent much of the past few days defending her actions on Twitter, she says she also spoke to all parties involved each of the next two days, including before the final round.

“I was shaking in the two hours after [I talked to them]; it did rattle me” said Kim, who had eight putts through her first three holes of the final round. “I told [both players], ‘I hope you shoot 62 today.’ ” 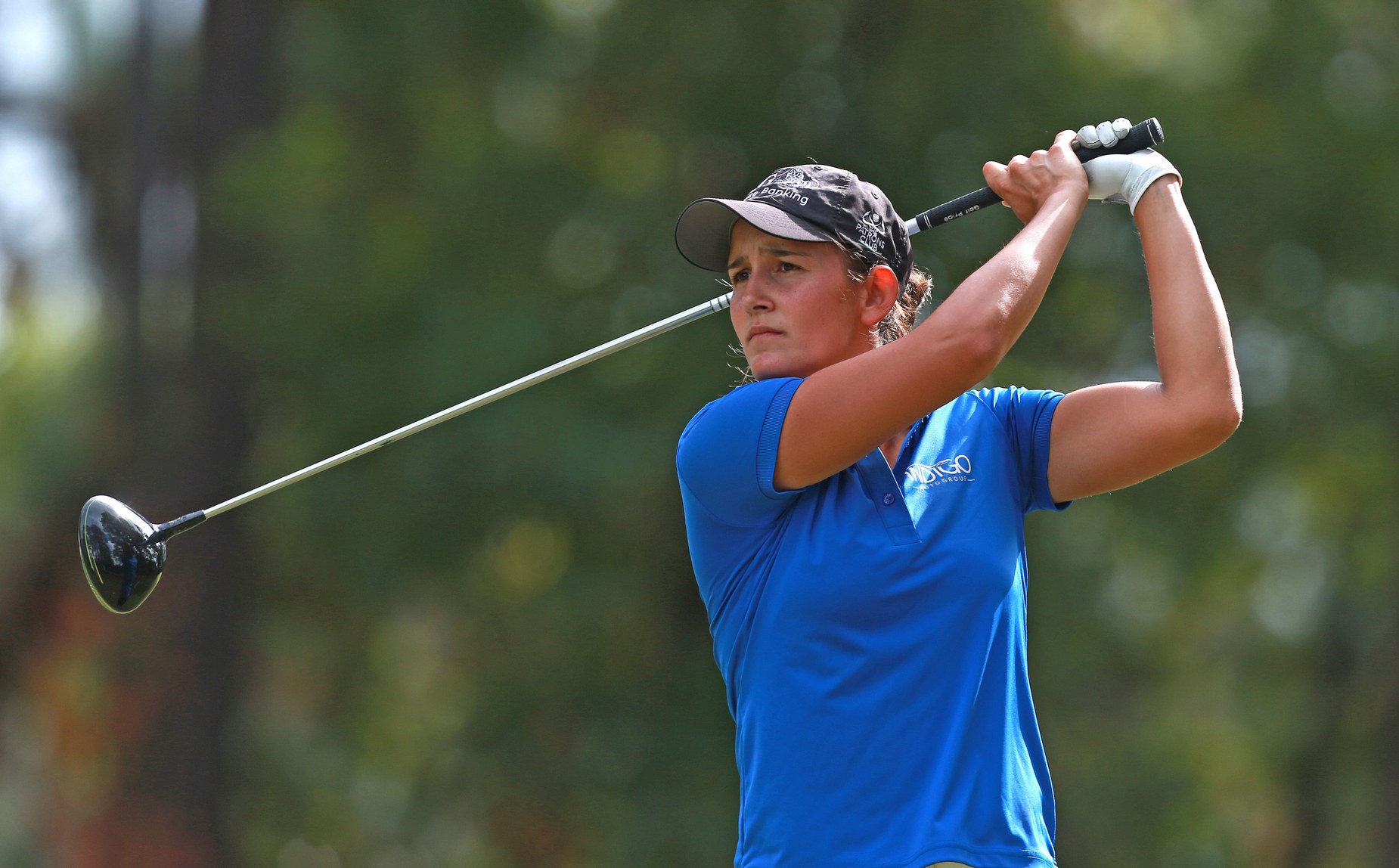 Their responses, Kim said, ranged from supportive to just trying to move on and focus on what was at stake.

Days later, Kim continues to feel for both players but doesn’t regret her decision to report the infraction, or the manner in which she did it.

“The only thing that has been difficult is knowing that there was a truly innocent unknown rules violation,” she said. “That hurt me. It sucked.

“It’s tough, too, because I know the people involved. They’re good people, but mistakes happen. Those mistakes have severe consequences, but that’s not to say they can be excused. I’m not going to [ignore the violation], because then I’m complicit and all three of us would deserve to be disqualified. It was a tough decision to make in that I care about these people, but I also care about the 95 other players in field. The only thing I regret is people had to be affected by an honest mistake, and it was all avoidable. I feel sad about that.”

At the same time, Kim was overcome with emotion after her tie for 24th to secure her card following a season in which she missed the cut 13 times in 20 starts.

“I told myself to make it a two-week journey,” she said of the Q-Series. “I could approach it as, ‘Woe is me; I failed this year,’ or that I had an opportunity to showcase that I belong out there.” 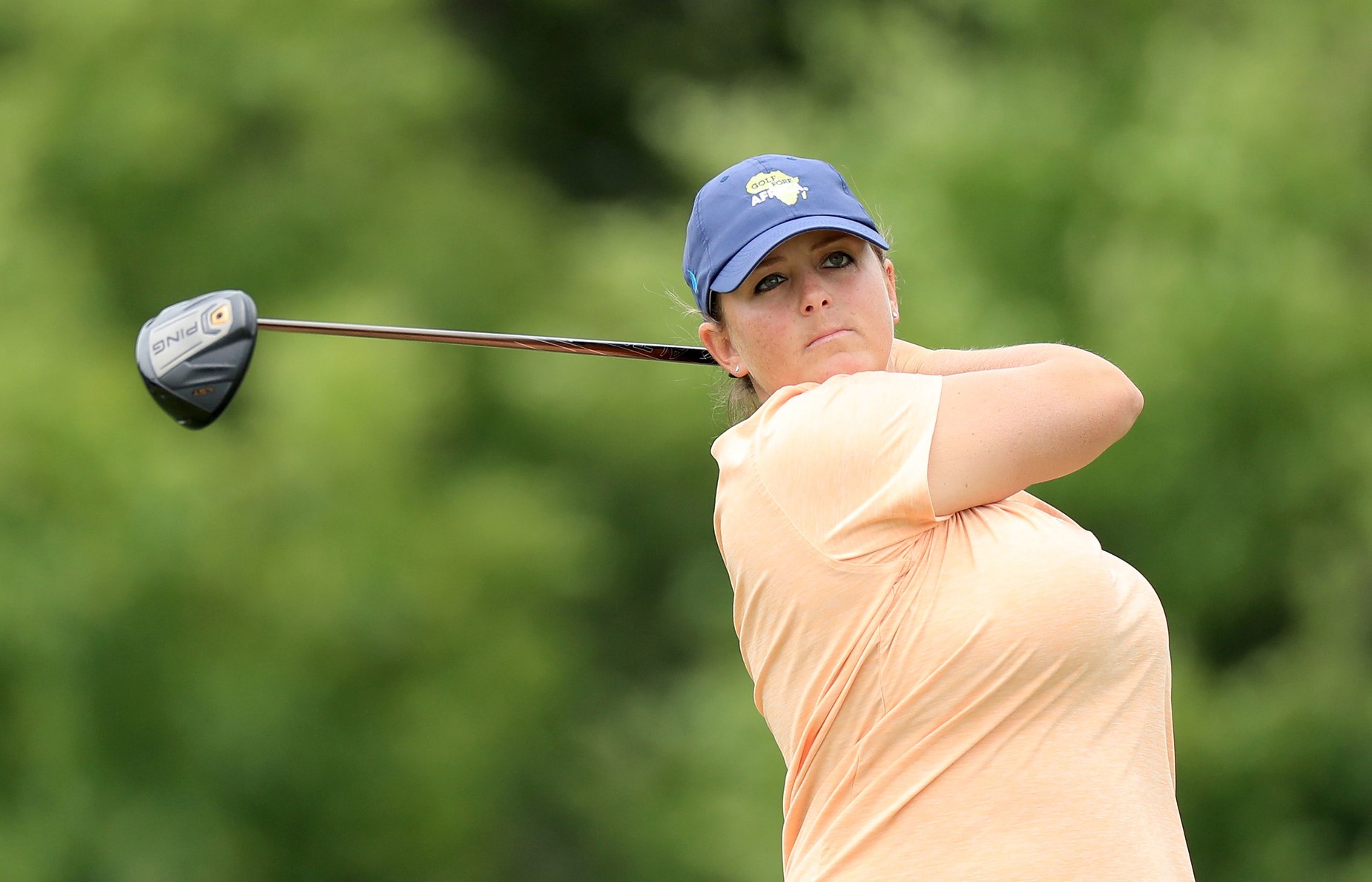 So Kim packed up her car and made the eight-hour drive to Pinehurst. Along the way, she listened to podcasts and pumped herself up. She even carried her bag the first four rounds before calling in a caddie for the final four.

“It was a tough year,” she said, noting personal and professional struggles. “At times the light inside of me dimmed. I felt like I was in Barrow, Alaska, and it was December 21, and I was waiting for the sun to rise, and you can’t see it coming.”

Things started to turn when her swing changes started to take hold. She’d also switched to a low-carb keto diet, switched to more blade-like irons within PXG, and leaned on those in her inner circle, including her boyfriend.

All of it led to her feeling rejuvenated, she said, and it showed on the course with a tie for 20th at the Indy Women in Tech Championship in September. It was her best finish in two months and stopped a streak of four straight missed cuts.

Then came Q Series and securing her card.

“I knew it was going to be OK,” Kim said. “Aside from the dumpster fire that took place the last few days, it’s been really cool.”