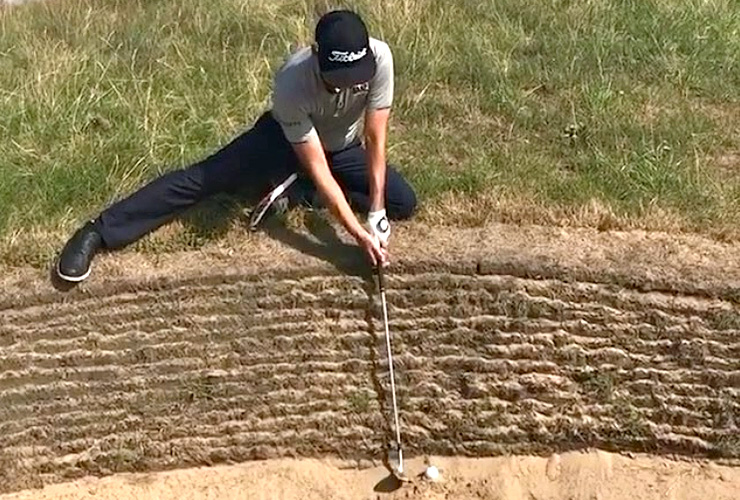 Kevin Na let his opinion be known at Erin Hills, and his comments about the fescue generated quite a bit of conversation at the U.S. Open, not to mention the USGA cutting back the fescue the next day.

So what does Na, voice of reason, think about Royal Birkdale? It’s early yet — but let’s just say the returns are mixed.

Na’s Instagram video from Tuesday at the site of this year’s Open Championship has a simple caption: “STAY AWAY FROM THE BUNKERS!”

Good job keeping his opinions out of it. We expect a little more from Na if he’s going to be the anointed man of the tour pro.

The video was originally posted by his caddie, Kevin Harms, who also posted this video of James Hahn taking a different approach to escaping the bunkers at Birkdale.

One thing’s clear: Kevin Na — and his caddie — have a good sense of humor that clearly resonates with his fellow tour pros. Keep it coming guys.