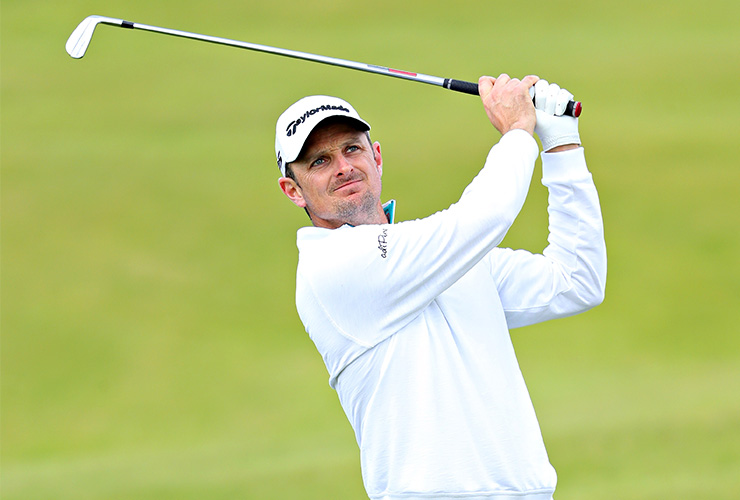 By Kent Gray at Royal Birkdale –

Justin Rose’s last hole hole-out at the 1998 Open Championship was always going to be dusted off with golf’s grandest major returning to Royal Birkdale.

The baggy red sweater, the roar from the gallery, the TV commentator’s “No, you’re kidding me,” wonderment as Rose’s ball disappeared into the cup. It’s was an Open moment for the ages. “Way to go kid” the announcer swooned, almost disbelieving of what he’d just witnessed from the 17-year-old.

Heck, there’s even been an epic Lego recreation of the moment the Johannesburg-born teen sealed the silver medal for low amateur honours and became golf’s English Rose.

I had a lot of fun collaborating with the @golfchannel on this project. I can’t wait for @theopen to get under way. I will always remember this shot by @justinprose99

But as fun as the rewind has been, the now 36-year-old is clearly ready to move on.

“I feel a lot more at peace now, Rose told The Sunday Telegraph. “I feel I’ve done the walk down memory lane. Let’s turn up as a legitimate contender to win The Open, not talk about the kid that nearly did.”

With a US Open and Olympic gold medal in his trophy cabinet, its fair to say Rose returns to the Southport links as a heavyweight contender in one of the most wide open Open’s in recent history.

After his Masters near miss in April to Ryder Cup pal Sergio Garcia and his tie for 4th at the Dubai Duty Free Irish Open a fortnight ago, he’s trending nicely for a tilt at the Claret Jug, never mind his unwanted weekend off at last month’s US Open at Erin Hills.

It’s certainly hard to fathom how he missed 21 straight cuts after turning professional following Birkdale but for all the riches that has followed, Rose isn’t content with his place in golf’s pantheon.

“I’ve always been a player more interested in finding a place in the game than making money. I’m a history books guy. And I feel like there is more to give. A career grand slam is what would blow me away,” Rose told the Telegraph’s Oliver Brown.

“With the Masters this year – a knife edge affair, which could have gone either way – I would have been halfway towards it. It made me believe it was possible.

“But the other thing that keeps me going is the fear of not living up to my potential.”

That fear goes full circle as he arrives at Birkdale, his sentimental favourite on the Open rota of courses.

“That takes me back to being a kid at Birkdale, imagining what I could one day achieve. I want to be the old man in the rocking chair, reminiscing on life, just having the piece of mind that says ‘Yeah, I gave it everything’. That’s why I work hard – to have no regrets.” — Kent Gray travelled to The Open with Etihad Airways