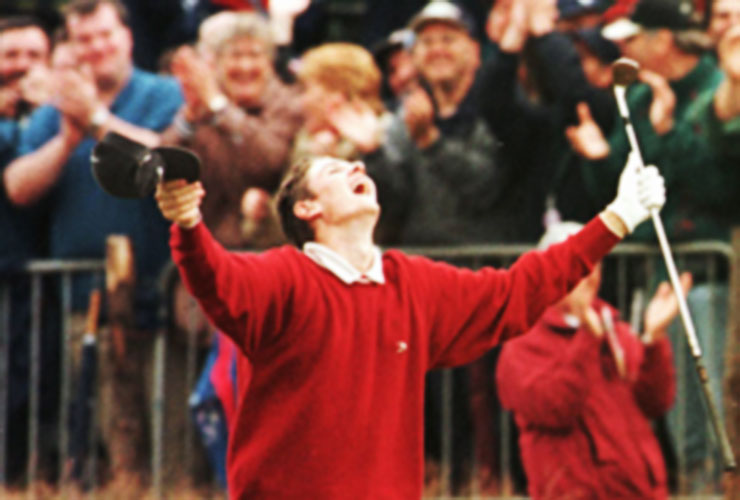 The golf world fell in love with a 17-year-old Justin Rose at the 1998 Open Championship. Then an amateur, Rose put forth a tremendous T4 performance at Royal Birkdale, which was capped by a incredible hole-out on the 72nd hole that produced what many claim was the loudest roar ever heard on a golf course.

In case you need a reminder of the legendary shot, here it is:

Nineteen years after that magical moment, Rose was back at Royal Birkdale on Monday to practice for next week’s Open. And he couldn’t resist recreating — at least, trying to recreate — that amazing shot:

Where it all began!

Despite that T4 still remaining as Rose’s best finish at the Open, the runner-up at the Masters in April is one of the favorites this year at 15-to-1. The odds of him drawing a cheer as loud as that one from nearly two decades ago, though, are much longer.