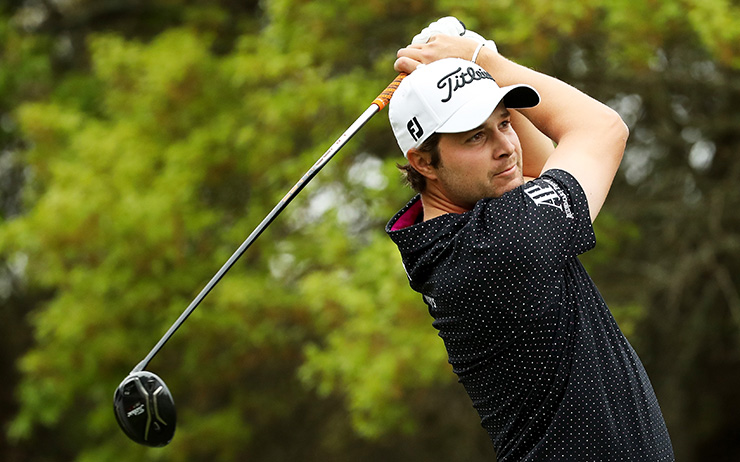 I find myself at my fourth PGA Tour event of the year here at the Houston Open in Texas. I flew Sunday from Dubai – it’s amazing what you can do with Emirates, just under 14000km’s in a day and had a bit of rest Sunday night before starting preparations Monday.

We met at The Golf Club of Houston in Humble around 35 minutes from our accommodation. The Harmon family have a long history here in the Lone Star State with Claude Harmon Snr having spent spells as the professional at Lochinvar while Butch attended the University of Houston. The biggest Harmon influence in Houston was Dick Harmon who sadly passed away in 2006. Dick has two learning centres in Houston including one at this week’s venue.

So on to the range on Monday morning with Peter and his team for the week – coach, caddy, manager and trainer. A quick warm up and out on a cart to the back nine with young U.S. player Blayne Barber. Seeing Peter on the range and on course is vital. We were happy that no shots were going to the left, a principal which Peter has built his new approach around and it was good to see him at ease on a course he enjoys.

I believe there is a lot about the way a course appears and plays for players at this level, whether its the distance of the holes, the shape, green complexes or just the way the course appears to them. When you look at the consistent winners and top performers at certain venues, this is more than coincidence.

The other encouraging factor is the time of year. Peter started to play really nicely around this time last year and also won on the European Tour in Madeira in the Spring, It was nice to remind him of this, a further confidence booster after last week’s win over Rory McIlroy in the WGC-Dell Technologies Match Play.

Back to the range after nine holes, we had a quick debrief on the swing. 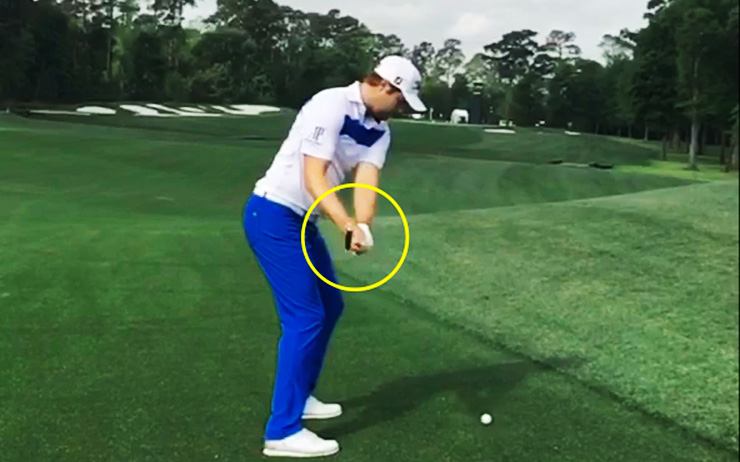 This picture (above) captured a beautiful two iron from 263 yards at The Golf Club of Houston’s par-5 13th. We like to see a slightly more open/shallow/rotated look here in the takeaway – some would refer to as ‘textbook’. This works for the way that Peter moves his shoulders and can load his backswing from here on up to the top. 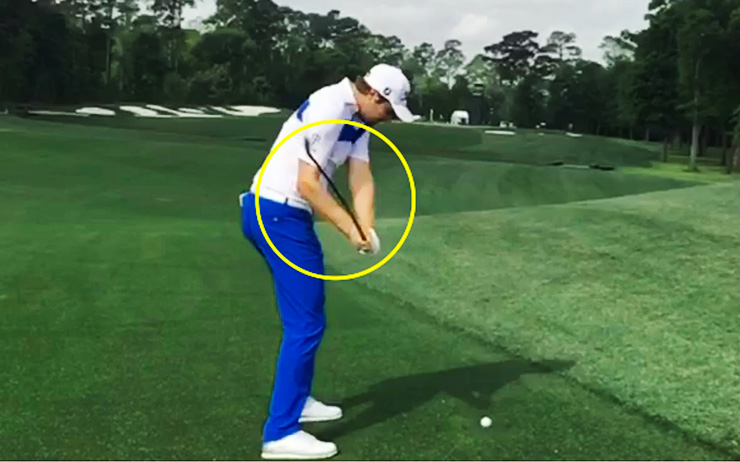 We also check the delivery of the club. This is on a nice line, just above his right arm with the club carrying a good amount of loft. We want to stay away from ever seeing the club steeper (more upright) and the face more closed (pointed down) at this point.

Over the course of practice, we have looked at how knockdown shots can be controlled and made some small adjustments to set up for these shots in order for Peter to be able to hold them up to right hand hole locations. We also discussed distance wedge shots and how we can improve these in tournament play. Strategies and how the shots are ‘brought to life’ should help this week.

It’s always a thrill to see the talent that Peter has and I remind myself that I am very fortunate to be sharing his journey on the PGA Tour.

There looks to be a storm moving in for today and my plan is to watch on Thursday (Ed’s note: Uihlein is off at 9.30pm UAE time in the opening round alongside Harris English and Retief Goosen) and Friday before heading to Augusta National on Saturday to get to work with 2011 Masters champion Charl Schwartzel, Peter needs a win here in Houston to make it to the first major of the year – you never know!

Justin Parsons is the Director of Instruction at The Butch Harmon School of Golf at The Els Club, Dubai. Among his pupils are PGA Tour player Peter Uihlein, former Masters winner Charl Schwartzel and celebrated Dubai-based, Indian amateur No.1 Rayhan Thomas.