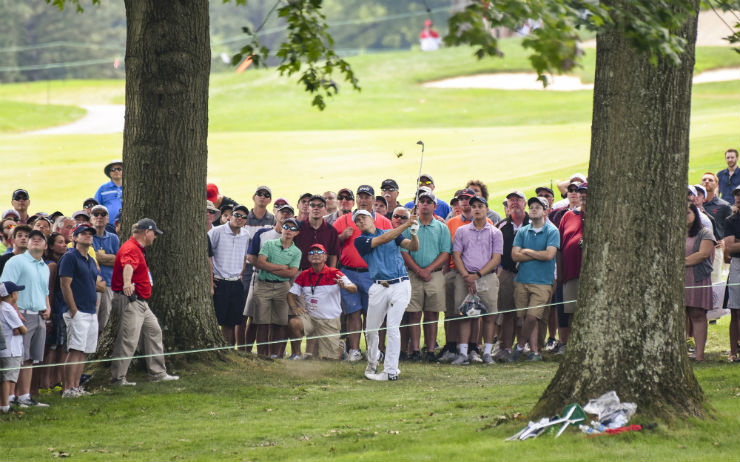 By Joel Beall
Between the 13th hole at Royal Birkdale and Thursday’s magic trick at Firestone C.C., we’re starting to think this Jordan Spieth fella has a knack for the spectacular.

The Open champ found himself in a bit of a predicament during Round 1 of the WGC-Bridgestone Invitational, putting his drive on the par-4 eighth into the trees. Rather than do the prudent move, Spieth — perhaps playing with a house-money mentality — decided to go for the hero shot. A move so brazen that he admitted, “I’m going to try something stupid,” waving off caddie Michael Greller to ensure common sense didn’t reign supreme.

Of course, the man proceeded to pull off a “Did you see that?!” shot of epic proportions:

I want to believe our recent study and investigation into the viability of hitting through treeswas in the back of Spieth’s mind during this decision. But, in all likelihood, it probably stems from the cat being really, REALLY in the zone right now.