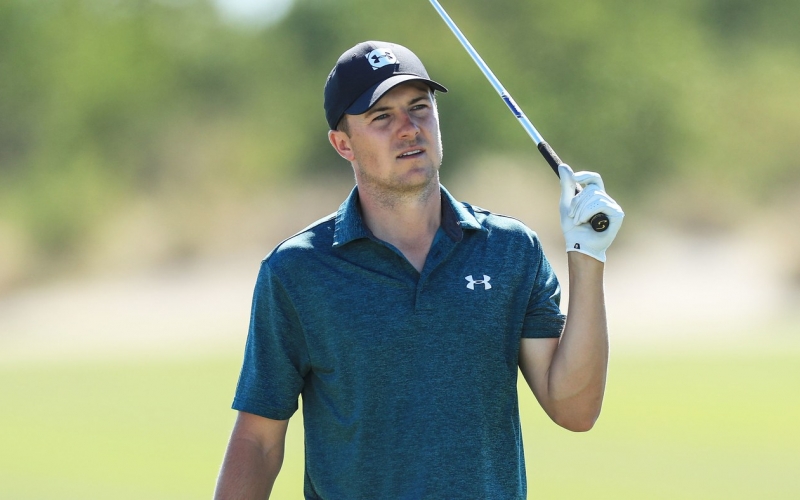 By Shane Ryan
Two weeks ago, for the first time since Aug. 17, 2013—a span of more than six years—Jordan Spieth fell out of the top 50 in the Official World Golf Ranking. It had been a long time coming for Spieth, who has struggled mightily, at least relative to his high standards, since winning the Open Championship in 2017. It’s an unexpected Blue Period that has been rife with false springs (some of which have at least slightly fooled me), and for a while he managed to string together enough made cuts, with the odd top-10 finish, to keep his head above water on the OWGR … even as he’s failed to make the Tour Championship two years in a row.

But mediocre can only keep you afloat for so long, and now that his results from 2017 have disappeared from the algorithm, he’s slipped to No. 55. That’s a big deal—“50” might be just a number, but it’s significant because of everything you lose. Put simply, being outside the top 50 means you miss out on some of the biggest tournaments on the calendar, and that makes the journey back to the top 50 that much harder.

It’s a big deal primarily because of the World Golf Championship events and their reduced fields. At the Dell Match Play, of course, the simple equation is that the top 64 make the field, but at the other WGCs, only the top 50 are guaranteed a place before different criteria set in. I have defended the OWGR vociferously in the past, but if there’s an area of slight imbalance, it’s at the WGCs. Compare a tournament like the WGC-Mexico from 2019 to this year’s Farmers Insurance Open, and you can see that the points available for the same finishing position are higher at the WGC by a factor of 1.5 to 2, roughly, depending on the spot. That’s due to the adjustment for the strength of field—specifically how many top 50 are competing. I’m not even saying that adjustment is wrong or unfair, but it’s also a fact that there were just 72 people in the Mexico field, and the usual 156 at the Farmers. By the sheer volume of players competing, it would seem harder to win (or finish 10th, or 25th) at the Farmers, but the points are higher at the WGC.

Just by earning his way into the field at a WGC, a player puts himself in position to earn more points for beating fewer players than a normal tour event … not to mention the reduced points at the opposite tour events played on a WGC week. To some degree, this creates a rich-get-richer situation—break into the top 50, and you get a chance to earn points that those below can’t. The same could be said for the majors, and especially the Masters with its smaller field. But the situation is never more clear than at the WGCs. (Notably, the Masters also uses the top 50 as one requirement for an invitation, though this won’t affect a past champion like Spieth.)

And if the rich are getting richer, it follows that the poor are getting poorer. For players near the top 50 but still outside, it’s certainly not impossible to fight your way into the mix. A win would do it, as Graeme McDowell proved by jumping from 104th to 47th with his victory last weekend in Saudi Arabia, and a series of top-10 finishes might also suffice. But those are tall tasks. The fact is, it’s far more difficult to break into the top 50 than it is to maintain your status there, which means that the penalty for a player like Spieth dropping out is potentially immense. 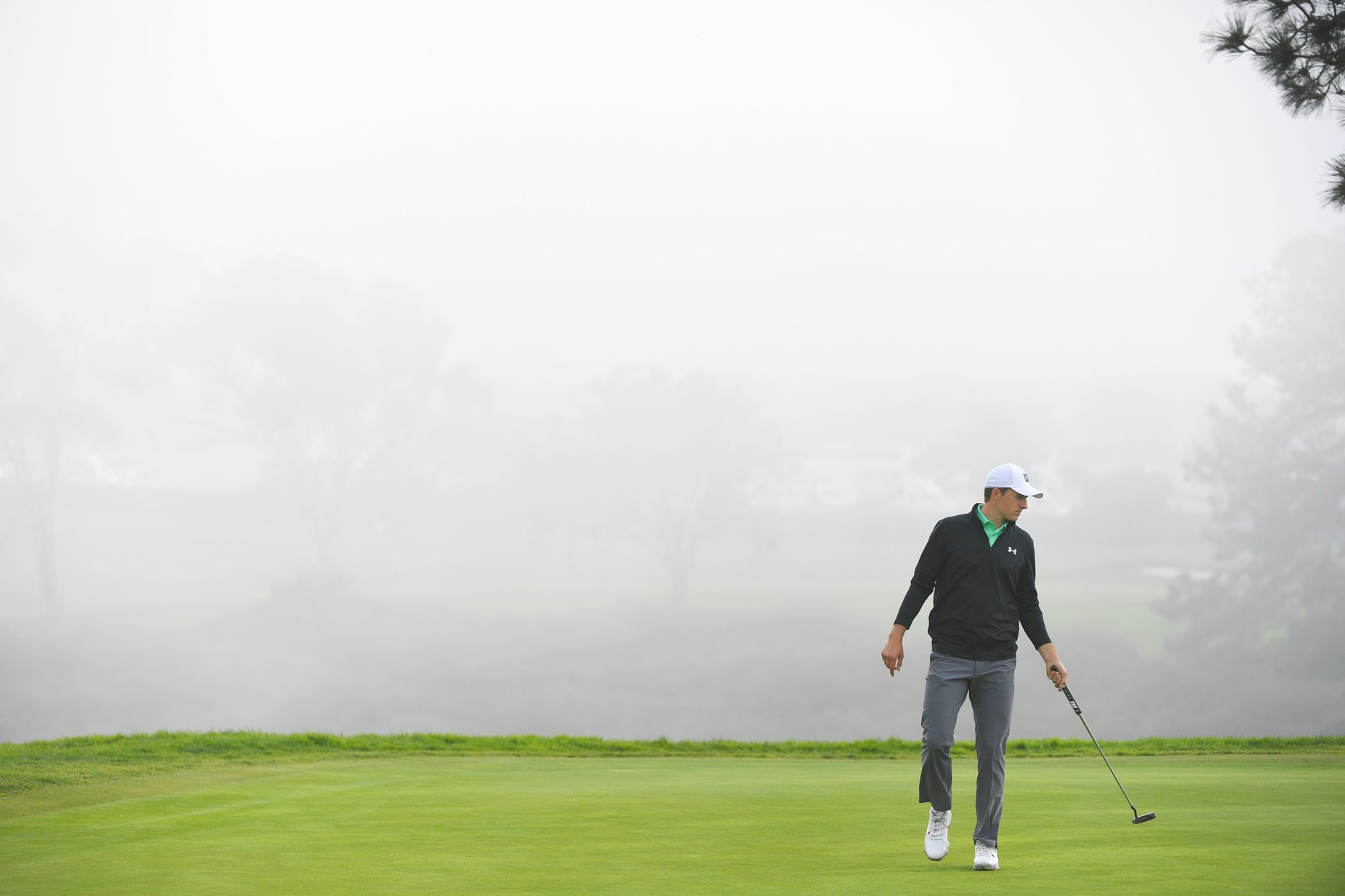 (Ben Jared/PGA Tour)
Spieth sits at No. 55 in the World Ranking after a T-55 at Farmers and a missed cut in Phoenix in his two starts of 2020.

Let’s take a look at a few examples on both sides of the equation, starting with Brendon Todd. In the midst of his second staggering comeback from the abyss of the World Ranking, Todd won two straight fall events (Bermuda and Mayakoba) and nearly a third at the RSM Classic before fatigue dropped him to fourth. Fall-season events are typically valued a little less because of their often lower strength of field, and one of Todd’s victories was opposite the WGC-HSBC, so in terms of “quality wins,” these were lower than you might otherwise find. Still, the man won two times in a row and then finished fourth—there’s no arguing that at that moment, he was one of the 20 best golfers in the world. But because he was fighting from way outside the top 50, and the OWGR is based on two years’ worth of results, his ranking after the RSM Classic was “only” 72nd. He’s up to 61st now, but to qualify for the non-Match Play WGCs, he has work left to do.

Now let’s look at Phil Mickelson. He first cracked the top 50 on Dec. 4, 1993, and stayed there until Nov. 3, 2019—an amazing stretch of nearly 26 years. He had been playing poorly for more than a year, with a brief period of excellence in early 2019, when he won at Pebble Beach. Otherwise, it was low finishes and missed cuts, but the fact that he had been so good for so long, and kept the 2018 WGC-Mexico win on his record along with Pebble, meant that he fell slowly. It took him years to drop out, even after it was clear he wasn’t in top-50 form, but here’s the really interesting part: Once he fell out of the top 50, he plummeted. In just a little more than two months since he lost his top-50 spot, with just two missed cuts, he dropped all the way to 86th. That’s 35 spots for two bad weeks, when months of bad play couldn’t drop him out of the top 50. (As of this week, he’s back up to 72nd after a T-3 in Saudi Arabia.) 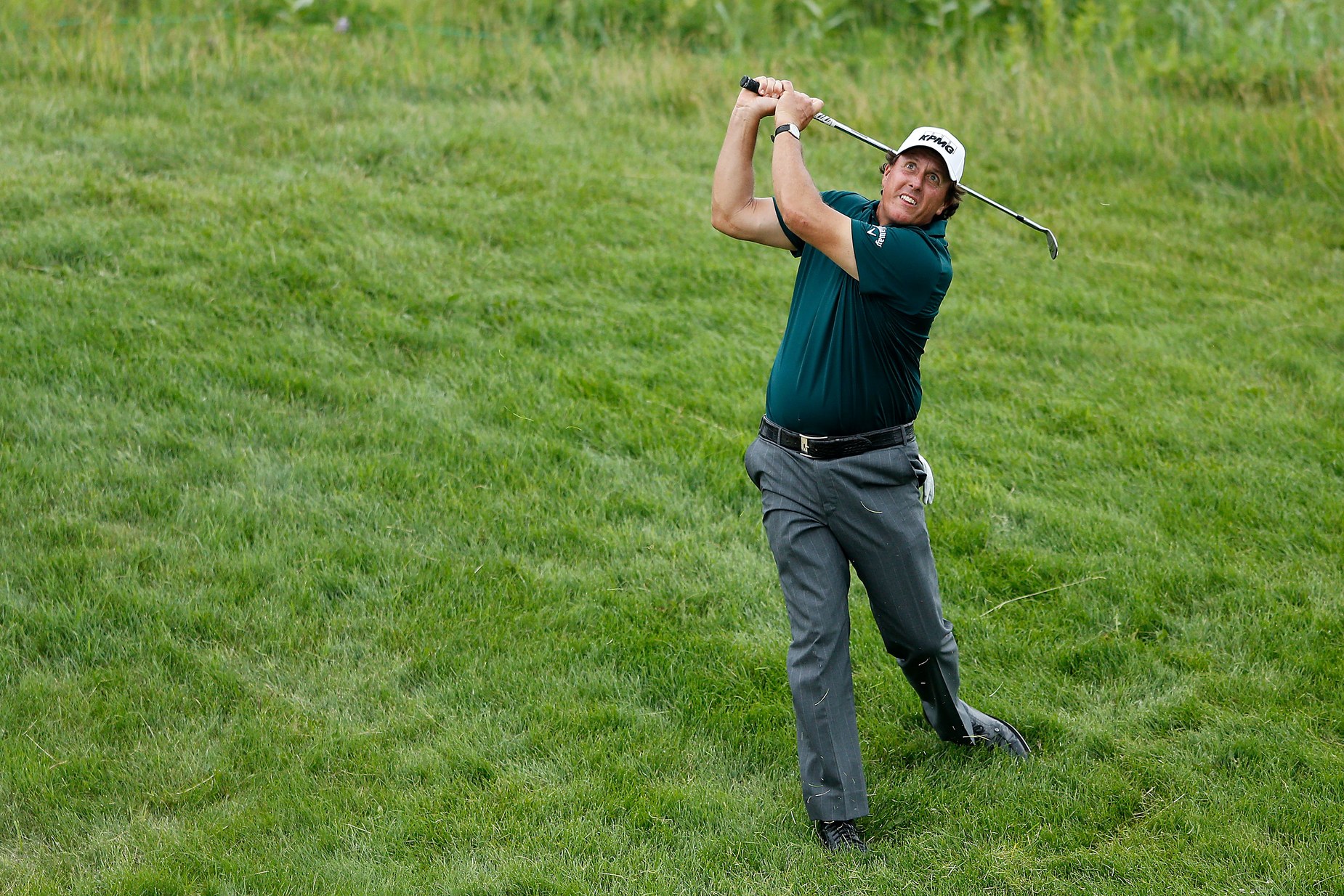 (Michael Reaves/Getty Images)
After nearly 26 years in the top 50, Mickelson dropped from 51st to 86th within a span of a little more than two months.

The examples of Todd and Mickelson are illustrative. For Mickelson, his previous ranking meant he got entry to tournaments like the WGC-Mexico and all the majors, where he could hold off his fall from the top with a few good weeks here and there. For Todd, he lit up the fall schedule but still won’t qualify for the WGCs unless he keeps it going. And the irony is that Mickelson is finding himself in Todd’s old spot, where he’ll have to fight like crazy to regain his old ranking. In a development that feels absurd, Mickelson hasn’t even qualified for this year’s U.S. Open and might be forced to play in sectional qualifying.

This is a product not just of WGC-style tournaments, but of a system that looks at two years’ worth of results, older performances counting less over time. To reiterate, it’s a good system, but it does introduce a fair share of inertia—when you’re up, you stay up, and when you’re down, you stay down. Until something dramatic happens.

Something dramatic has been happening for Spieth, and his poor play has finally overcome the OWGR inertia. Mickelson, and others, should serve as a cautionary tale. The same message applies to Jason Day, who has fallen to 46th in the World Ranking because his last victory, the 2018 Wells Fargo, keeps losing value.

The OWGR remembers your success for a long time, but when it forgets, it forgets thoroughly. Right now, Spieth is like the cartoon coyote sprinting over the cliff, and the cliff’s edge is the No. 50 spot in the World Ranking. Now that he’s over that ledge, he might be able to run for a few false steps, but he better not look down.