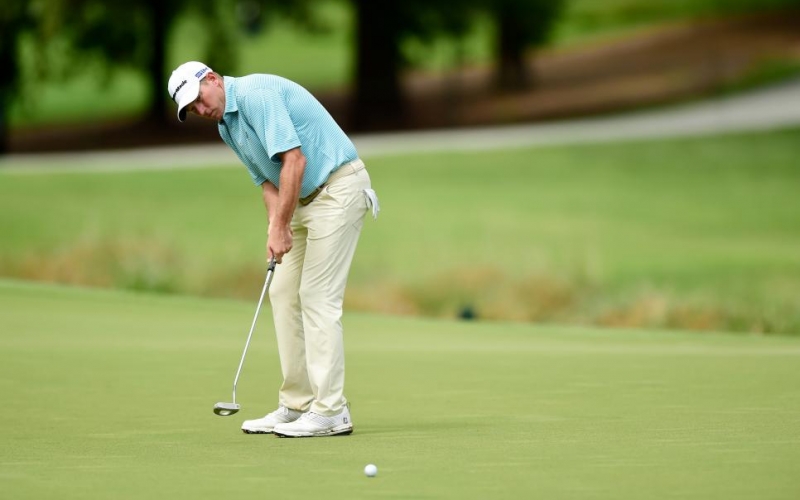 By E. Michael Johnson
Jim Herman is a 42-year-old on the PGA Tour who took until 2016 to win his first PGA Tour title at the Shell Houston Open. So it should not come as a shock that it took him a while to get going before going on to win the Wyndham Championship. Herman birdied three of his last four holes on Friday just to make the cut, then went on a tear, shooting 61-63 over his final 36 holes to win by one over Billy Horschel.

Although much attention will be paid to his sharp iron play over the final nine holes, resulting in a trio of short birdie putts, what kept Herman in contention was three big putts on the front nine. Herman dropped a 29-footer for birdie on the first and followed that with a 59-footer for an eagle 3 at the par-5 fifth hole. One from 14 feet followed at the eighth hole, too. For the week Herman was third in strokes gained/putting, picking up more than six shots on the field. In all, he made 444 feet of putts over the four rounds.

Herman’s putter is a Bettinardi Inovai 5.0 Tour F.I.T. Face mallet with a circle of open space in the cavity. Herman has used three different models of Bettinardi putters in his three wins on the PGA Tour (he also won the Barbasol Championship last year).

But that’s not to downplay his work tee to green as well. Herman ranked fourth for the week in strokes gained/tee-to-green, picking up nearly another six strokes on the field. With a split set of Mizuno JPX 919 irons.

What Jim Herman had in the bag at the Wyndham Championship: