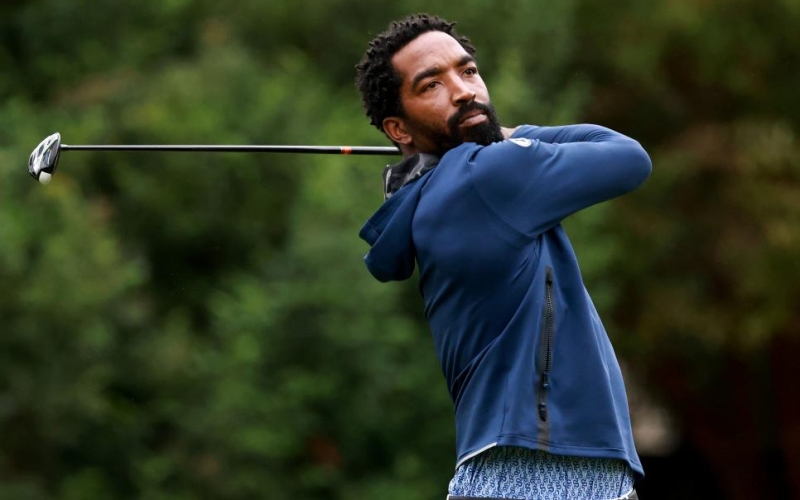 By Coleman Bentley
Monday was a big day in the golf world, but not because of anything happening on the professional circuits. Instead, the buzz centred around the Elon Phoenix Invitational, an innocuous college golf tournament turned viral epicentre thanks to the NCAA golf debut of two-time NBA champion J.R. Smith.

followed @TheRealJRSmith for the first five holes today in his first tournament as a member of the @NCATAGGIES Golf Team. Had a pair of birdies, a great chip and stuck his approach on No. 9 to within a foot from the pin. @WFMY @ncatsuaggies pic.twitter.com/s7q6rpk1pa

In case you missed the countless, breathless news bulletins over the past six weeks, Smith enrolled at North Carolina A&T in August in order to pursue not only a liberal studies degree, but a collegiate golf career. A short while later, he made the team, clinching his tee time at Alamance Country Club by advancing in the team’s qualifying tournament by a single stroke. In other words, Monday’s opportunity was earned, not given, and Smith showed up with his game face (and hoodie) on.

Pulling up to the range at my first college tournament! pic.twitter.com/RDNJGhiRaw

It’s all fun and games until some drops the Tiger Bellerive gif. The 36-year-old freshman then backed it up with an opening par …

.@TheRealJRSmith with a par of his first hole as a collegiate golfer at @NCATAGGIES …@WFMY pic.twitter.com/BC94mQHA01

… before settling into a solid opening nine, including two birdies and a clutch approach on the ninth hole that he stuck to within a foot. 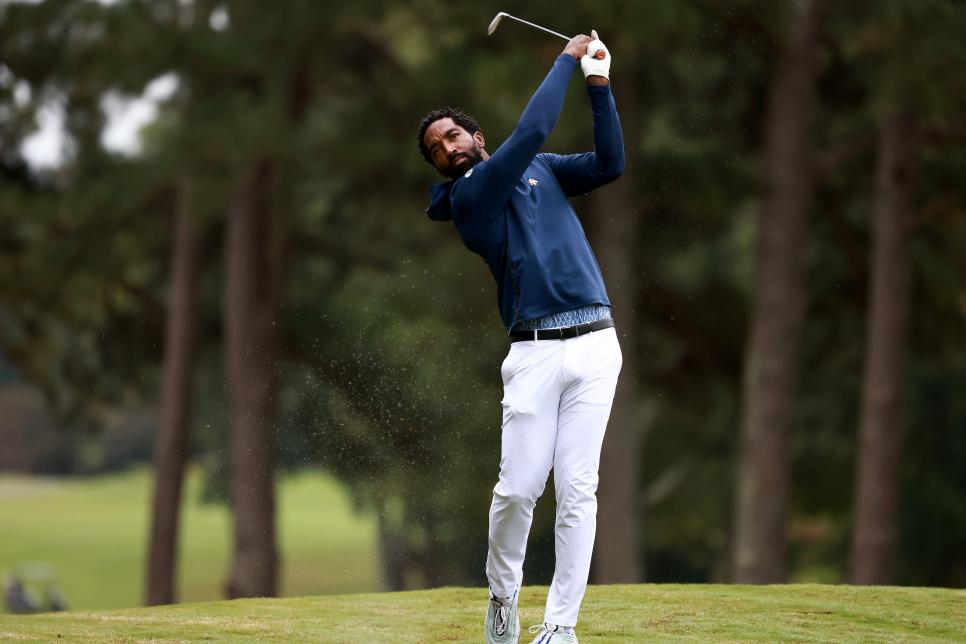 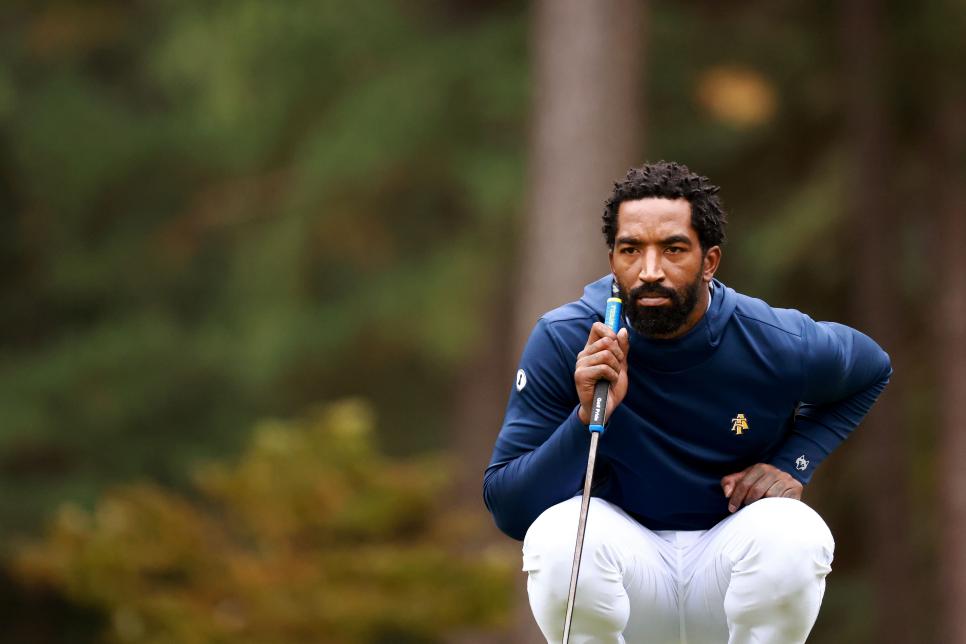 Grant Halverson
J.R. Smith lines up a putt on the 8th green during the Elon Phoenix Invitational. 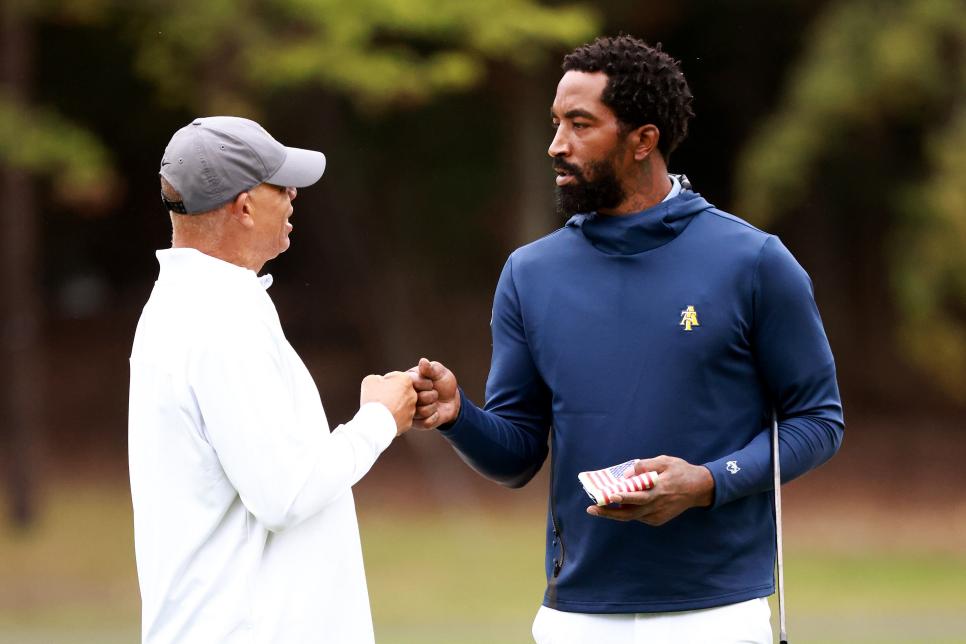 All the while, Golf Twitter followed along with glee …

JR Smith is currently beating or tied with an Addison, a Bronson, a Lleyton, a Graham, multiples Dawsons, a Logan, two Parkers, and a Mason.

Naa his ass COLD, they gone have to make a JR Smith PGA Tour 22 https://t.co/LFLoBE2Bcv

Love pulling over to the side of my street to see JR Smith hit one onto the dance floor pic.twitter.com/WTzIH1g6Ap

Unfortunately, Smith struggled after his hot start, finishing with an opening-round 83 that put him in a tie for 77th place midway through the tournament’s opening 36 holes on Monday. That, however, shouldn’t put any damper on Smith’s story, which, if his dedication is any indication, will continue come hell, high water, or even the occasional triple bogey.