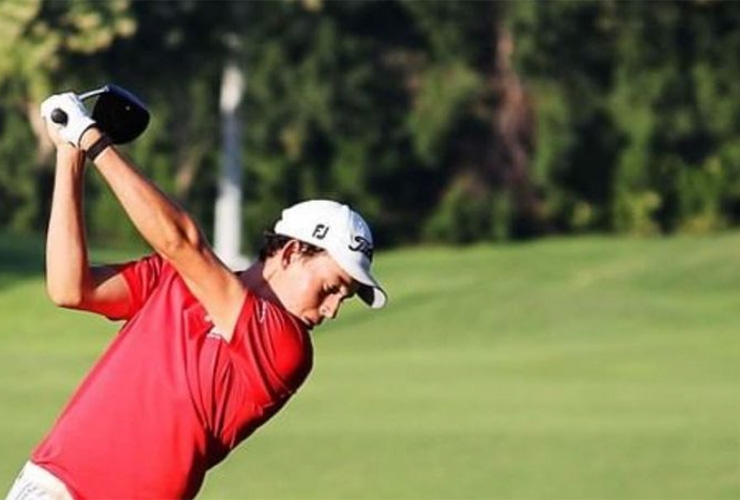 By Kent Gray
Another weekend, another “sloppy” opening round, another closing 63, another pseudo course record, another title. Welcome to Josh Hill’s wondrous golfing world.

In a spooky repeat of his Arabian Ranches Open triumph a fortnight ago, the 16-year-old Dubai-domiciled England Boys’ rep made it back-to-back Emirates Golf Federation (EGF) Order of Merit (OOM) wins with a runaway eight-stroke victory at the 13th Sharjah Open on Saturday.

At Ranches, Hill recovered from what his father Russell described as a “sloppy” 72 with a stunning nine-under 63. Fast-forward to Sharjah Golf & Shooting Club and the Trump Dubai club champion rebounded from a 70 with a, wait for it, a nine-under 63.

What made his Sharjah closer even more impressive was a scary streak of seven successive birdies. Sadly, like Ranches, lift, clean and place was in operation at the Sharjah nine-holer meaning Hill’s 63 doesn’t count as an official course record.

“Again nice to have something to play [in],” said Russell Hill in a social media post. “I will sound like a broken record, same story as last week, sloppy first day and then having a target it brought some focus. Josh smashed the course record which was disallowed due to pick and place policy. Thanks to @sharjahgolf and staff for putting this on!” 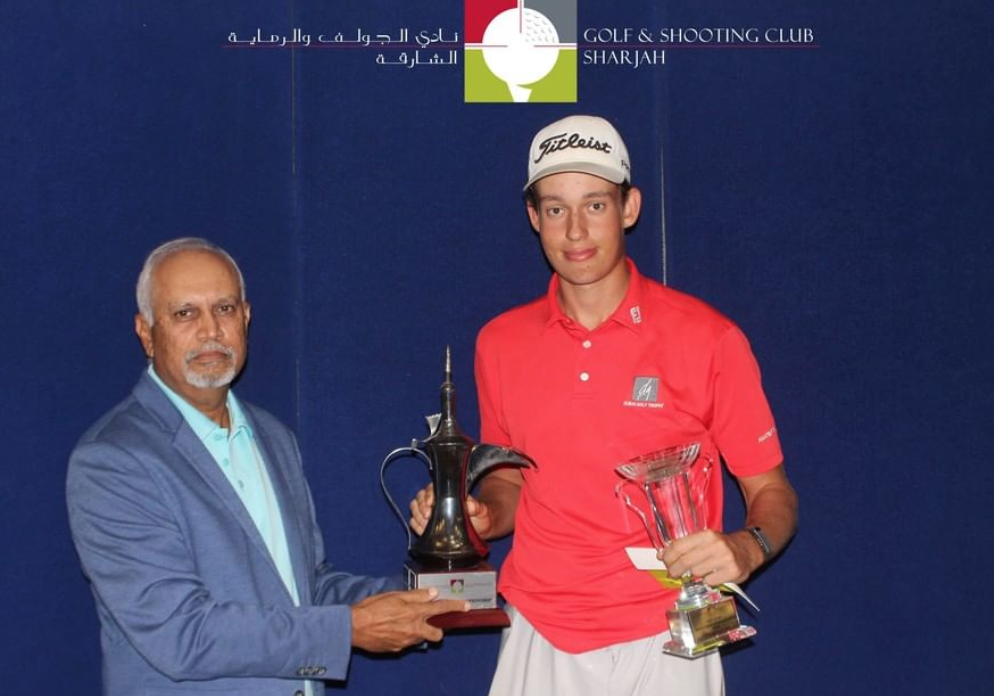 We eluded to the hard work Hill has been putting into his game following his Ranches victory and it’s clear he’s continuing to up the ante in his improvement journey.

As well as the early morning gym work, there’s been some fun on the course and fine-tuning off it as the European Tour’s leading lights visit town for the Golf in Dubai Championship and season-ending DP World Tour Championship.

So, the benchmark, at least at EGF OOM level, has been set even higher. It will give Hill’s rivals pause for thought over the festive season ahead a January trifecta of events: the OMEGA Dubai Creek Men’s Open (Jan. 3-4), the OMEGA Emirates Men’s Amateur Open (Jan. 9-10) and JGE Men’s Open (Jan.31-Feb.1).