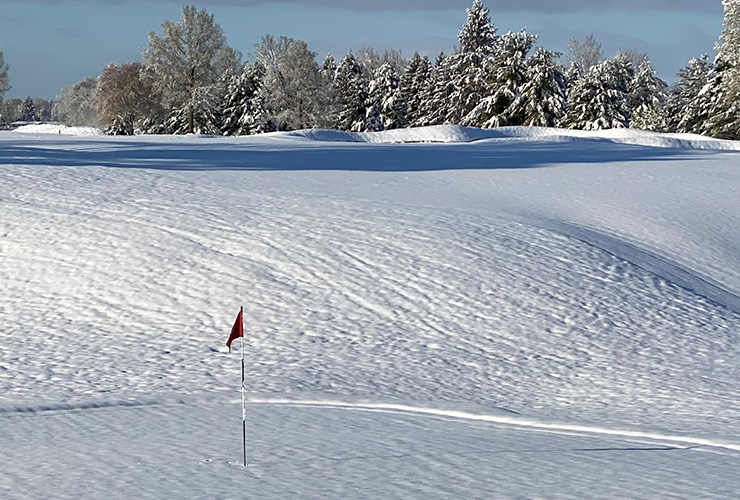 By Ryan Herrington
When Inverness Club hosts the Solheim Cup on Labor Day weekend in September, officials will have their fingers crossed that the weather will hold up. It’s just that conditions in Toledo, Ohio, can get a little raw even in early September, and the U.S. and European teams are both still thawing out from the frigid conditions the two sides faced in Scotland two years ago when the matches took place at Gleneagles.

The good news? It seems highly unlikely that the course will experience the weather it was hit with on Wednesday, when a late April cold front brought with it an unsettling site.

Q: Hey @LPGA why don’t you play the @TheSolheimCup in April?
A: Have you seen @InvernessClubGS this morning :))
Bring on Sept – it’ll be rockin!! pic.twitter.com/9kzBjDuwzt

Thankfully, there is plenty of time to get the golf course in order—there are 136 days until the first session begins—so a late April snowstorm shouldn’t have any impact the competition. However, like golfers who sees a bad shot from a player in their group just before they step to the tee, this lasting mental image in the heads of tournament organizers can’t be helpful in terms of boosting confidence that September will be that much better.