If Payne’s Valley G.C. is any indication, Tiger Woods’ first Middle East course in Dubai will be a doozy 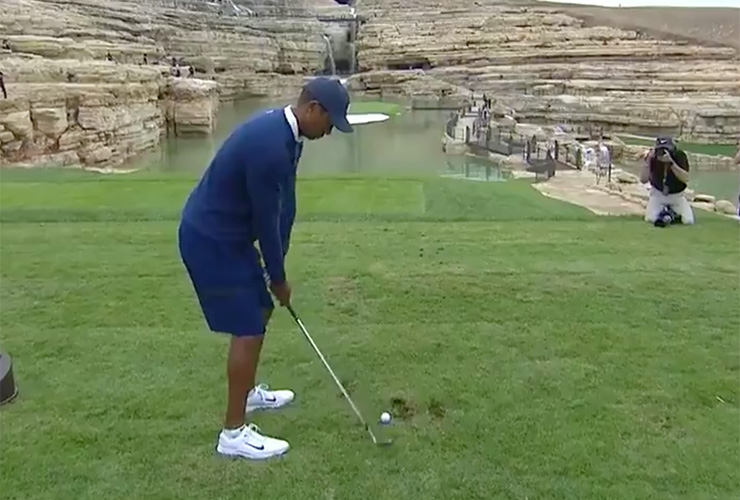 By Kent Gray
Tiger Woods’ first course in the Middle East is reportedly close to completion but quite when you’ll be able to test your game on the Trump-branded layout in Dubai remains a mystery.

There were hopes the course, in build near the start of the Al Qudra cycle track, would be opened in Q4 of 2020 once the clubhouse was finished. Sadly, that was before coronavirus pandemic changed anything everywhere. The latest whisper is 2022. Whenever it is, the just-opened Payne’s Valley Golf Club has us giddy with anticipation.

Indeed, if the first public-access golf course designed by Tiger Woods’ TGR Design firm is any indication, the opening of the 15-time major champions’ Dubai course will be well worth the wait.

RELATED: Our 5 favourite takeaways from the Payne’s Valley Cup

Woods, Justin Thomas, Justin Rose and Rory McIlroy played an exhibition match on Tuesday (early Wed UAE time) to officially open the course and there was some great banter to accompany the tidy golf.

Even if JT and Tiger want him to. 😂pic.twitter.com/zBrYtuREeG

Jack Nicklaus and Gary Player were on hand in the Missouri mountains too which provided the Black Knight with an audience to bemoan a concerning new phenomenon in course architecture.

But the real star of the Payne’s Valley Cup was Tiger’s new layout. Here’s a sneak peak from GolfTV:

A first look at Payne’s Valley 👀

And a little more from Tiger himself:

Learn more about Payne’s Valley from the man who designed it himself. 💯 pic.twitter.com/s7zM2BBlvG

Nestled beneath the Ozark mountain range, the club’s promotional pictures are equally alluring. 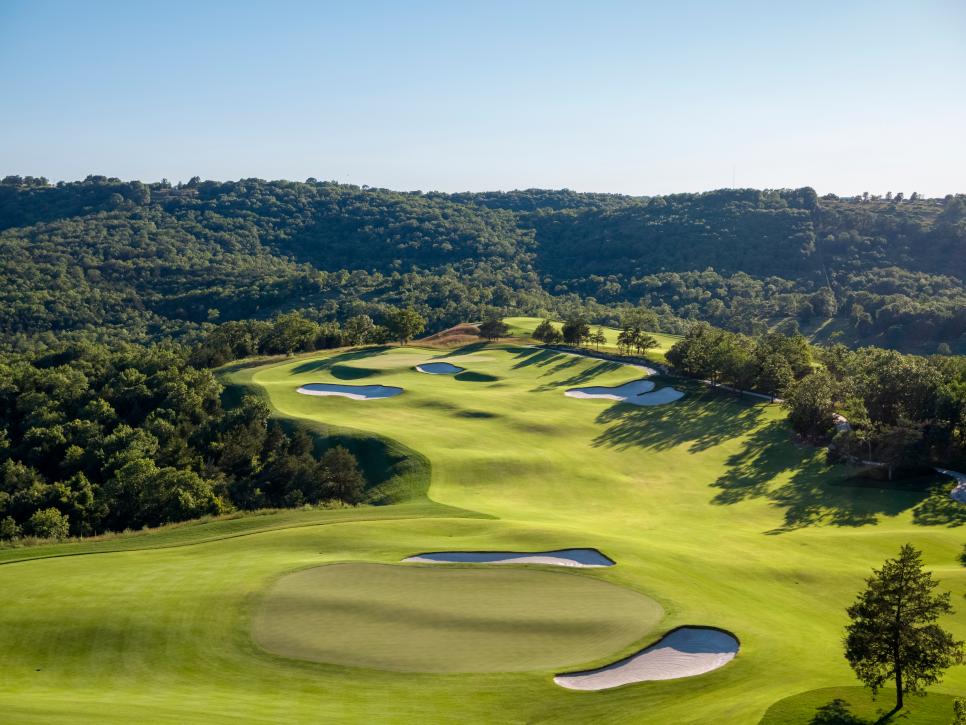 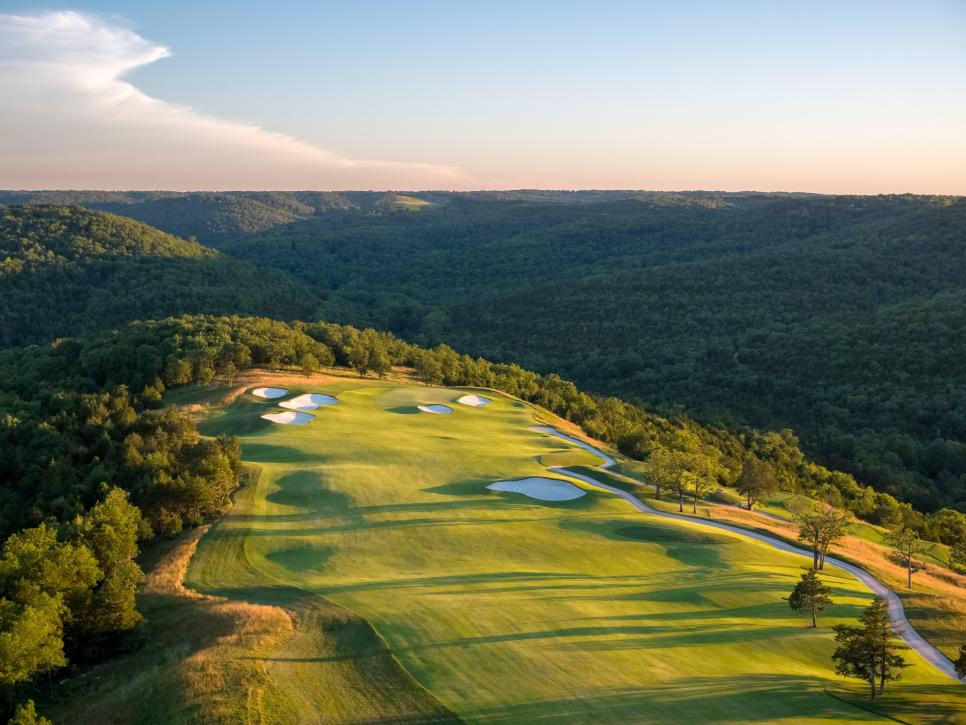 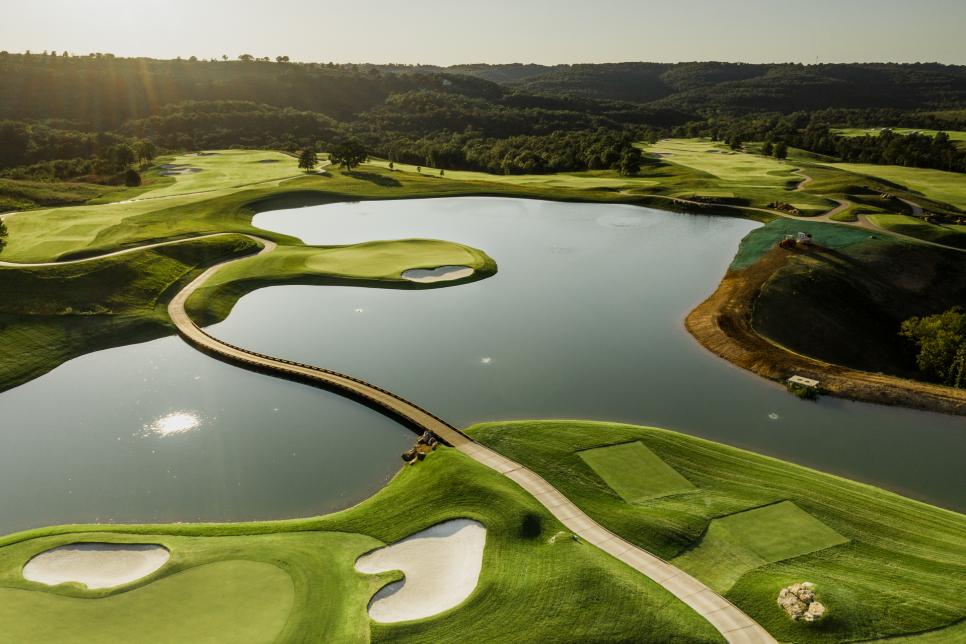 And how about the 19th hole. It’s not what you usually associate with the 19th but drink in those vistas, golf fans.

Would you hit the 19th green at Payne’s Valley? 😳pic.twitter.com/tDo5mggaWo

All the big names participated in a closest the pin challenge which was fun to watch.

“All six of them put it on the green.”

The Closest-to-the-Pin Contest at the 19th hole. pic.twitter.com/37lkhr4TOV

Payne’s Valley Golf Club, the name on the gate a nod to the late, three-time major champion Payne Stewart (the Payne’s Valley Cup exhibition helped raise funds for the Payne Family Foundation) is the fourth course at the Big Cedar Lodge property. We are officially jealous they’ve beaten Dubai to the punch but they way the Big Cat has worked with the natural typography in Missouri, we can’t wait for his long-awaited design debut in the Emirate.