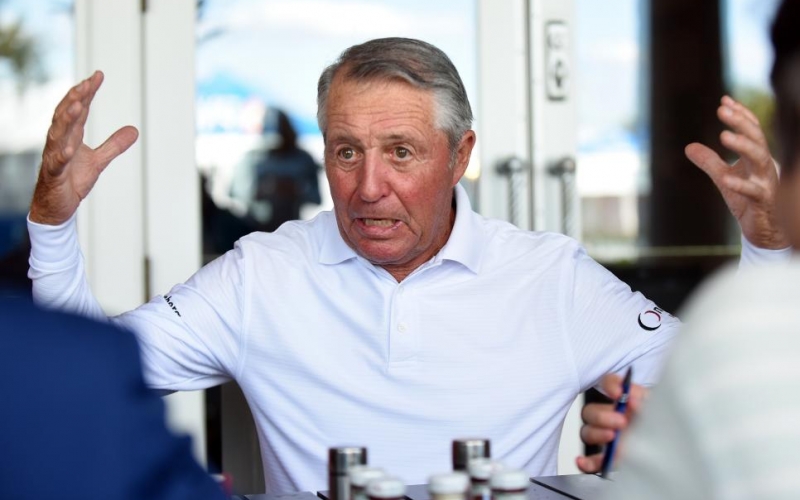 By Daniel Rapaport
If you keep up with trends in golf architecture, you know there’s been a huge movement toward cutting down trees on courses around the world. The thought process here is generally to open up vistas, increase optionality and help turf grow better.

Gary Player isn’t having it. Not even close.

Player stepped into the broadcast booth during the Payne’s Valley Cup, the exhibition featuring Tiger Woods, Rory McIlroy, Justin Thomas and Justin Rose to celebrate the opening of Woods’ first public course design. He was asked what he’s more proud of—his playing career or his record as a golf course architect—and used the opportunity to discuss the environmental concerns of building a golf course.

First, he mentioned the need to not use too much water and too much fertiliser. Then, he really got cooking.

“The other thing that is driving me crazy, my brother went to war to fight for the Americans when he was 17 years of age,” said Player, who is South African. “And he became one of the world’s leading conservationists. And he was a tree-hugger, the same way that I am. I am a tree-hugger.

“And I’m seeing trees on golf courses today that were 80 years old and they’re slicing them down by some city slicker. They should be fined for doing this. All the great golf courses of the world—Augusta, Pine Valley, Royal Melbourne, one of Jack’s courses at Muirfield [Village], one of Jack’s most beautiful courses—they’re treelined.

“It’s nonsense to be cutting all these treelines. It’s unfair. Worry about the Amazon cutting down the trees, and we’re contributing to the same effect. For goodness sakes, stop cutting them down and plant more. If you don’t know how to get a golf course with great shape, brush up on your knowledge. Because I can tell you, all the great golf courses of the world were treelined, around the greens and around the fairways.”

Player, 84, won nine majors and 160 tournaments worldwide during his playing career. He has also designed more than 400 golf courses around the world—most of which, you have to think, are treelined.