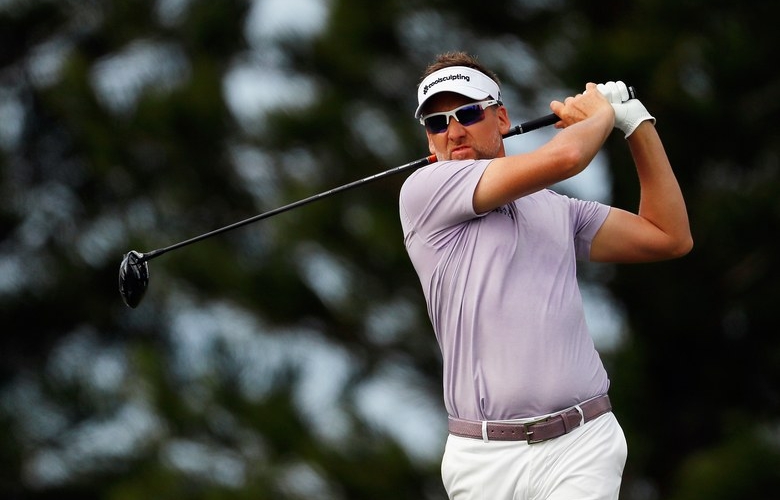 By Joel Beall
In failing to reach the Tour Championship last season, Jordan Spieth violated a PGA Tour policy, one that requires its players to appear in 25 events for tour membership or to appear in a tournament they haven’t been in four years. Though his punishment was never publicly announced, many interpreted the three-time major winner’s recent participation at the Shriners Open and Mayakoba Classic—two fall tournaments Spieth has historically passed—as fulfilling his obligation.

But this rule had another high-profile case last season that went under the radar. And his atonement was far more creative.

The AP’s Doug Ferguson reports on the “punishment” of Ian Poulter, who, after winning last spring’s Houston Open, was aware he was going to fall short of the tour minimum. So Poulter was proactive, reaching out to the tour during the RBC Heritage to figure out a plan. The Englishman was planning on attending the Tournament of Champions and the Sony Open, which settled the new tournament matter. However, Poulter said he wanted to give something back to ensure there were no hard feelings, so he invited eight tournament guests for a round of golf and a visit to his guest home and car museum.

The Wyndham Championship was one Poulter could have played under normal circumstances, but that would have given him nine straight weeks leading up to the Ryder Cup.

So he let Wyndham select who they wanted to send to Orlando.

“We had a great time,” Poulter said. “I played nine holes with each group, we had a bite to eat, and a few of the guys wanted to see the car museum and my Ryder Cup office-homage. I took them through that.”

Not bad for a player often at odds with American galleries.

Andy Pazder, the tour’s chief officer of tournaments and competitions, told the AP, “I would say it was beyond what we would consider an acceptable make-good. To do what he did…was just terrific.”

And it wasn’t too bad for Poulter, either: despite finishing 15 shots back of Xander Schauffele at Kapalua, the 42-year-old pulled in $102,000 for his work. Pretty good take for a trip to Hawaii.

Golf Twitter personalities are quick to gripe about pretty much everything, but at the top of their grievances is the often frustrating coverage gaps in tournaments.