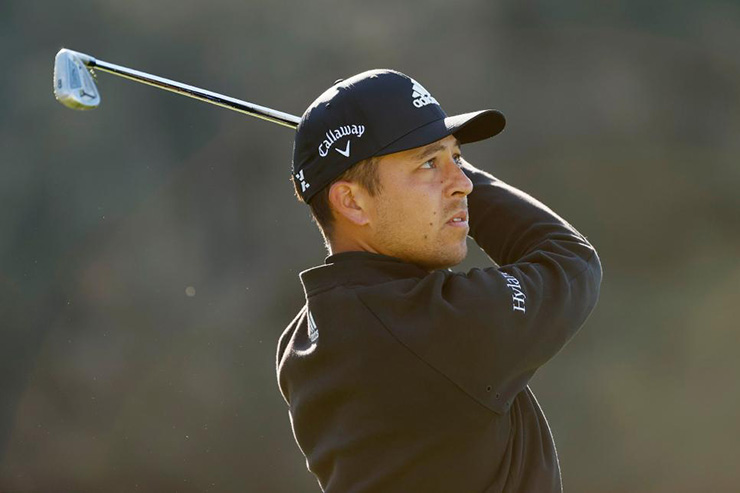 By Alex Myers
Xander Schauffele has been quite candid about a winless drought that is now more than two years long, even admitting to have “choked” at certain times. Yet the 27-year-old continues to put himself on leader boards every time he tees it up. And we mean *every* time.

Schauffele’s T-15 at the Genesis Invitational was not an instance of him failing to close out a tournament like at the Waste Management Phoenix Open when he was a 54-hole leader. Instead, Schauffele was never really in contention with rounds of 71-69-71-69 at Riviera. However, it was the latest proof that he’s become the most consistent player on the PGA Tour.

Schauffele has now finished in the top 25 in 16 consecutive starts. And if it sounds like that’s a lot, that’s because it is.

According to the tour, Schauffele is just the third player to have a streak of at least that long since the stat was officially kept beginning in 1990. The other two players? Tiger Woods and Rory McIlroy. Pretty exclusive company.

McIlroy’s best streak was 17 events in a row from 2013 to 2015, so Schauffele could match him this week at the WGC-Workday Championship.

Of course, Tiger being Tiger, he’s pulled this off four times with a longest streak of 38 tournaments from 1999 to 2001. That was during his PGA Tour record 142 straight made cuts.

Speaking of made cuts, Schauffele also owns the tour’s longest such streak at 22 after McIlroy’s run of 25 ended on Friday at Riviera. Of course, for someone who won four times in his first three seasons on tour and who has made a habit of contending at majors, just making the weekend or finishing in the top 25 isn’t the goal.

“I guess it’s a good thing,” Schauffele said earlier this month of all his high finishes. “It keeps me hungry and keeps me humble, but yeah, the ultimate goal is winning and it kind of just dangles right in front of you every tournament, and you just try your best.”

As is the case with Tony Finau, you have to figure that Xander’s best is bound to be good enough to win again soon.