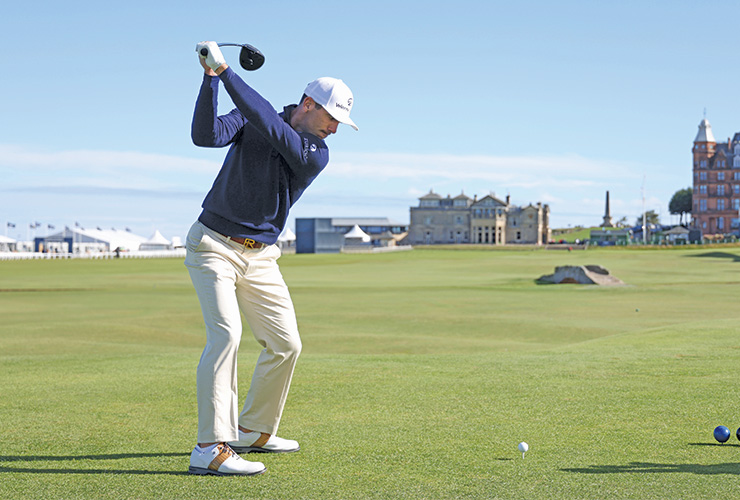 Claude Harmon III, the super coach with his name above the door at the golf performance academy attached to The Els Club, Dubai, shows how 2021 Race to Dubai contender Billy Horschel gets to the top of his back swing in perfect – and powerful – balance 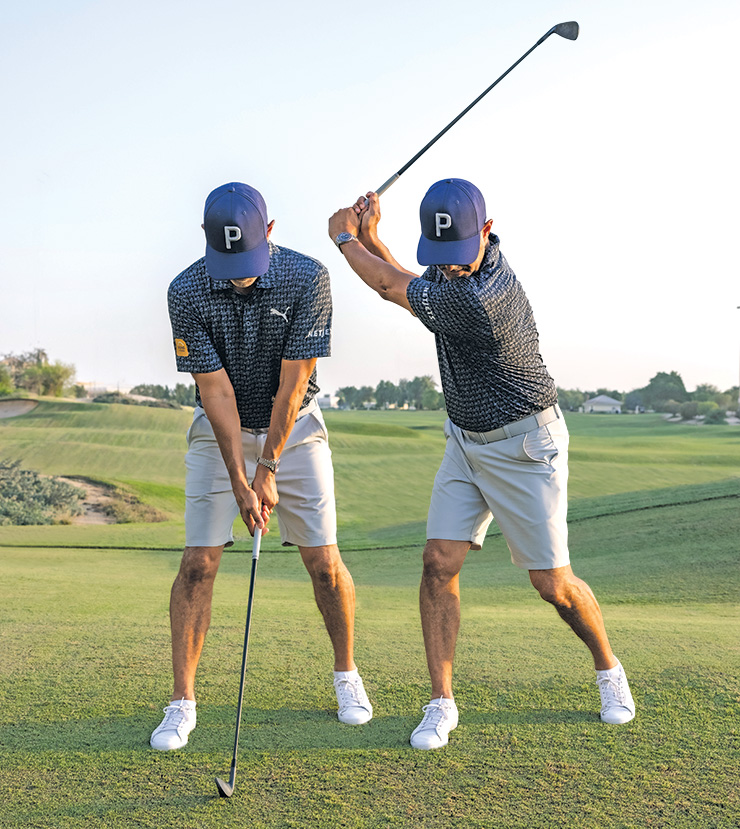 Drill to thrill
The trail leg drill is a great way to help you maintain flex in your trail leg. Drop your front leg back and begin by making some backswings, focusing on maintaining the flex in your right knee. This should give you the sensation of a very stable lower body, while also allowing you to maintain a lot of width at the top of the swing. I really like Billy’s golf swing and some of the things he works on with his lower body. Copy this drill and before long, you’ll notice an improvement in your ball striking too.

Claude Harmon III is in the vanguard of the new generation of golf teachers. Steeped in tradition both his grandfather, Claude Harmon, and father Claude “Butch” Harmon Jr., have been the dominant teachers of their generation.