From a hole-in-one to an 11?! Another PGA championship produced the craziest scorecard you’ll ever see 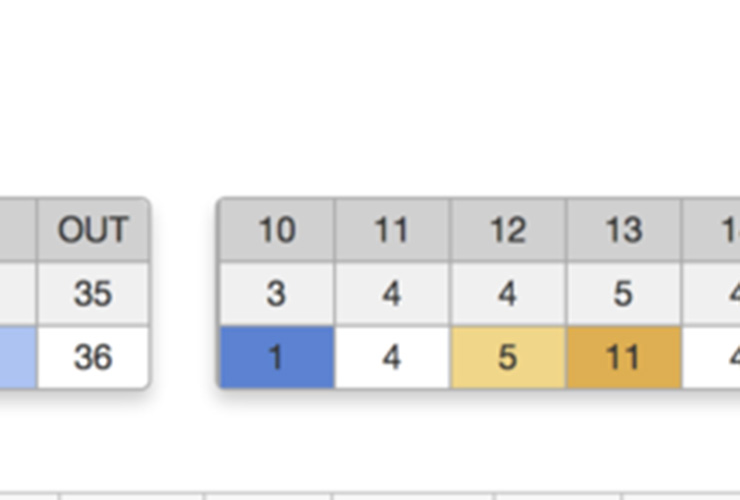 By Alex Myers
The 99th PGA Championship produced its share of big numbers thanks in large part to Quail Hollow’s “Green Mile” closing stretch (Hello, Jason Day). But that was nothing compared to what happened at another recent PGA tournament.

The week before, England’s Coxmoore Golf Club proved to be a stern test as the host of the Galvin Green PGA Assistants’ Championship. Matthew Fieldsend won the event with a one-under total for three rounds, but it was the mind-boggling scorecard of someone who missed the cut, Oliver Smith, that caught our eye after being shared by European Tour pro Eddie Pepperell.

This would’ve led to a difficult post round conversation with the coach I imagine…. ? pic.twitter.com/OQndgLBMbk

Let’s take a closer look at what might be the craziest scorecard in golf history:

As you can see, Smith started with a 9 on a par 4. That’s not good. But incredibly, after a string of five birdies in seven holes, he got to one under par for his round on the 10th hole — and he did it in style with a hole-in-one. That’s really good.

But three holes after the ace, Smith made an 11. Again, not good. Either he just had a momentary lapse with his golf swing or a beverage cart came by and he celebrated his hole-in-one too soon. From there, Smith played the final five holes in a boring two over. Pepperell wondered how Smith handled the unusual round and got this reply from one of his playing partners.

How was he during his round? How was his mental state? Was there banter among the group, or was it silence? https://t.co/hQLfhJFxLv

We haven’t seen three “1”s on a card, either. Well, excluding playing with someone capable of shooting a 111. In any event, Oliver walked away with a great story — and having pulled off an impressive feat that will depress most weekend golfers. Despite needing 20 shots to play two holes, he still broke 80.