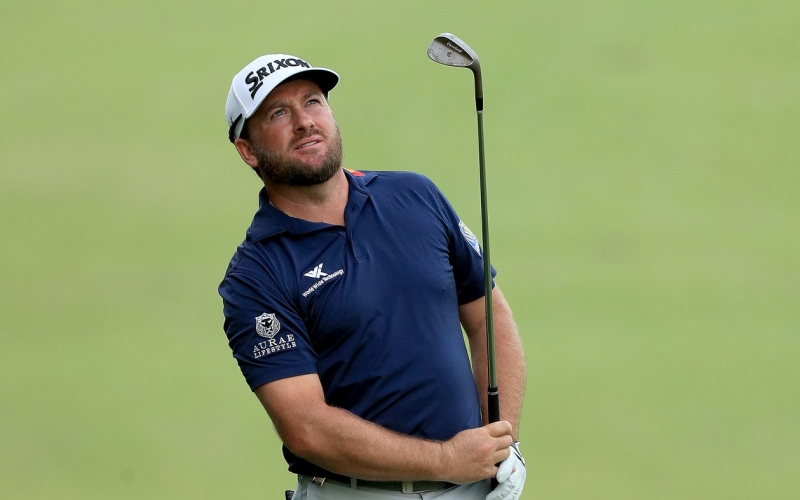 Graeme McDowell of Northern Ireland plays his second shot on the 14th hole during the first round of the Omega Dubai Desert Classic on the Majlis Course at The Emirates Golf Club on January 23, 2020, in Dubai, United Arab Emirates. (Photo by David Cannon/Getty Images)

By Dave Shedloski
Graeme McDowell was thinking of Drew Brees when he arrived in Hawaii just before the start of the new year to compete in the PGA Tour’s Sentry Tournament of Champions. The former U.S. Open champion always has appreciated the hard-nosed competitiveness of the New Orleans Saints quarterback, but it was something Brees had recently said, not something he did, that got McDowell’s attention as he arrived at Kapalua’s Plantation Course.

“[Brees] just said he’s going to play every season like it’s his last. He’s going to work his ass off and enjoy it while he’s doing it, and that struck a chord with me,” said McDowell, who at 40 is just seven months younger than Brees. “You never know how long you can play, how long you’re going to have out here. So yeah, I like that attitude. I’m going to try and have that kind of an attitude this season. And the next couple of seasons, really.”

McDowell already was coming into the new decade with plenty of good vibes after what legitimately could be considered a gut-check season for him. In 2019, McDowell changed coaches, won a PGA Tour event (albeit an opposite-field event in the Dominican Republic) and found a way to qualify for the Open Championship in his hometown of Portrush, Northern Ireland, which meant everything to him.

“I think if we haven’t got into the Open, yeah, it would have stopped the momentum a little bit of the season I was having,” said McDowell, who elbowed his way into the field at Royal Portrush, his boyhood course, by sinking a 29-foot par putt on the 72nd hole at the RBC Canadian Open (an Open qualifying event) to finish T-8.

“Last season was very important, just to try and get the ship steered in the right direction again,” he said. “I think that the whole year, holistically, rejuvenated me. It was a good energetic year that’s led into this year with plenty of energy and plenty of motivation, and we’ll see where it leads us.”

Well, how has that worked out so far? We’d have to say rather well.

A tie for fourth at the Sony Open in Hawaii, the week following Kapalua was encouraging, but it was nothing like what transpired Sunday in the Middle East, where McDowell held off a strong field to win the Saudi International for his first European Tour title in nearly six years. 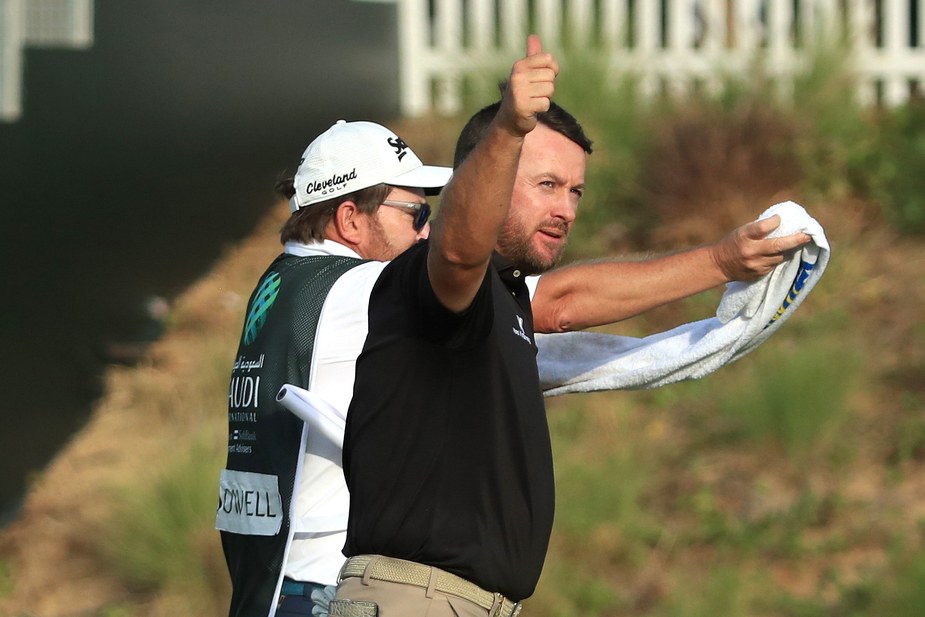 McDowell acknowledges the crowd in Saudi Arabia after closing out his 11th career European Tour win but his first since the 2014 French Open. (Andrew Redington/WME IMG/WME IMG via Getty Images)

His 11th career Euro Tour victory likely will propel McDowell into the top 50 in the world after he began the week 104th. McDowell hadn’t occupied the top 50 since the week following the 2015 U.S. Open.

“I want to be back up there one more time, just to be able to play with these guys,” McDowell said after closing with an even-par 70 and 12-under 268 total for a two-stroke victory over defending champion and World No.5 Dustin Johnson. “There’s so many great players in the world. It’s exciting to be a top player in the world, and I want to be back up there. I’ve got young kids at home, and I want them to see me out there. I want to show them that dad’s tough. Dad can still do it. I didn’t want them to have to pull up YouTube videos.

“I’m really happy with the direction I’m moving with my game. Massive to have weeks like this.”

McDowell wasn’t sure he’d have many more weeks like he just enjoyed at Royal Greens Golf & Country Club in Saudi Arabia. That was one reason why he began employing swing instructor Kevin Kirk in August after a long run with Pete Cowen. It wasn’t a big change, but it was meaningful as well as one born of necessity.

And, spoiler alert here, his words last month at Kapalua are interestingly ironic given his expected rise in the World Rankings.

“It wasn’t really like I was looking for something different. I was looking for more consistency,” he said before an utterance that suddenly appears quite dated. “I’m not playing in the top 50 [player] schedule, which means I’m not seeing Pete enough. Pete’s back in England, he’s in his 70s, and he doesn’t travel as much as he used to. He does the majors, WGCs and the big events and now that I’m not in those, I’m just not seeing Peter enough.

“Kevin’s worked under Pete a lot, same philosophies,” added McDowell, who resides in Orlando. “I wanted a U.S.-based coach, and I made the jump last summer. Just felt like my swing was a bit in and out. Good weeks were good. Bad weeks were a bit iffy, and I just needed some consistency both in my game and in what I’m working on.” 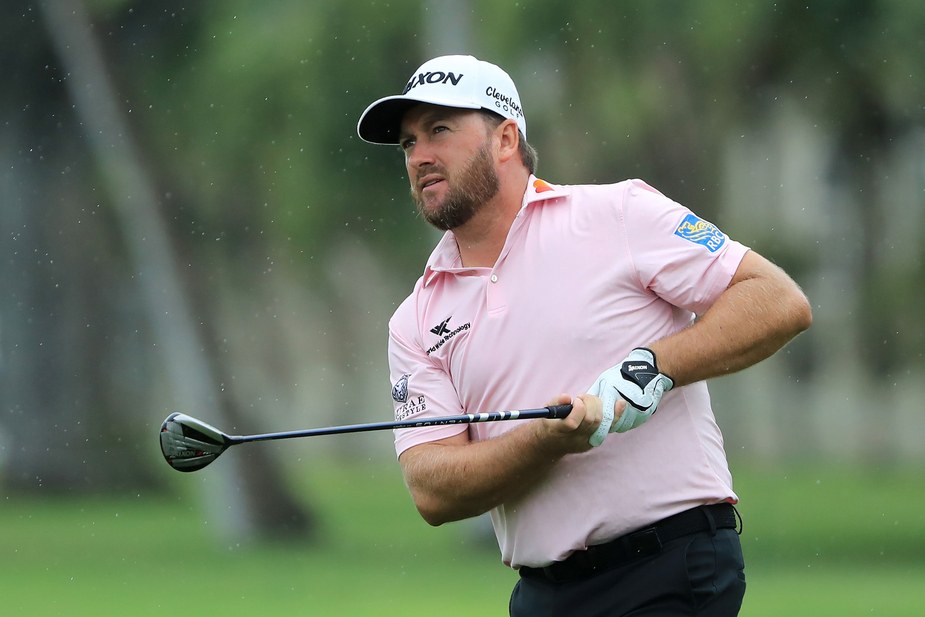 McDowell says an improved attitude has helped him practice better and in turn approach tournaments with a better frame of mind. (Sam Greenwood/Getty Images)

Since teaming with Kirk, McDowell has five top-25 finishes in his last seven worldwide starts, including his victory on Sunday.

“Having Kevin, it’s been a breath of fresh air for me,” McDowell said. “He’s brought a really good approach and really good energy to the table. He’s helping me practice better. And just from a mental point of view, approaching weeks, you know, going in there trying to win tournaments, instead of just showing up trying to put up some numbers. Go in with the attitude that you’re showing up to win.”

There’s that word again—attitude. McDowell’s already was on the upswing, even before he listened to the competitive mantra of Brees, a Super Bowl champion and sure NFL Hall of Famer. But the reaffirmation of certain ideas has made an impact.

Sure, pay attention to the analytics. Golf is hard and requires constant refinement of skill sets and technique. But there’s simply more to it. Work hard. Enjoy the process. Change your game through your outlook.

Graeme McDowell never will have one of the prettier swings in golf. But with the attitude he’s now bringing to the first tee, the results sure look appealing.