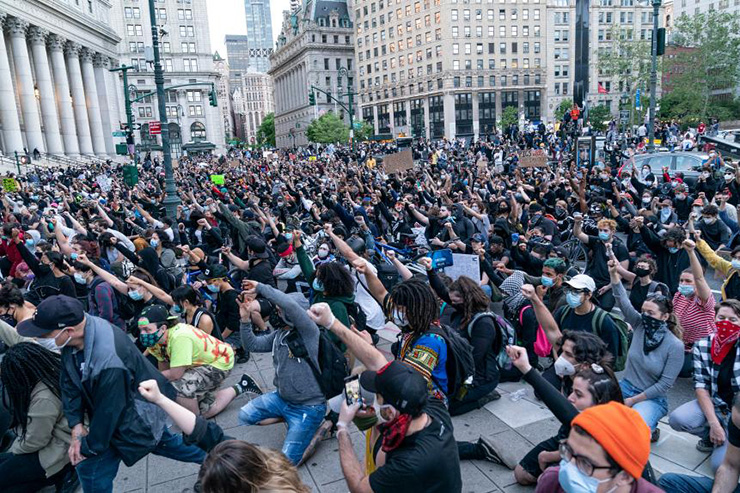 By Joel Beall
Following a weekend of national and global protests in wake of the death of George Floyd while in police custody, some prominent figures and authorities in golf spoke on Monday asking for understanding and justice.

The most prominent statement came from Harold Varner III. One of the few African American players on the PGA Tour, Varner released a letter preaching support for the oppressed while also asking for peace.

“I know how hard it is to build something. I know it, man,” Varner wrote on social media. “Seeing justice for George Floyd turn into destruction and theft of businesses owned by African Americans, Caucasians, Hispanics and all other ethnicities is disgusting. I will always be behind all African Americans who are subjected to racism. I will also be behind other ethnicities in the same way. But I will never support an aggressive reaction, especially against those who have poured everything into opening this restaurant or that shop.”

There is a lot of of beauty and love in this world. I pray for equality & social justice as we all so desperately deserve that in this day and age. I pray for humanity even more because regardless of color, WE need each other to make that change. Stay safe. Love you guys ✊🏿✊🏽✊🏻 pic.twitter.com/LrFEff94IF

The LPGA released a statement saying “We have more work to do and the resolve to do it.”

Other players lent their support with their own words or aggregating quotes that speak to unity. Below is a sampling of those voices. (This post will be updated throughout the upcoming days.)

I’m a 29 year old white dude who has played golf his entire life and knows nearly nothing about what it feels like to be oppressed, discriminated against, or unsafe. So I spoke on what I do know and that’s being a nice and respectful person. pic.twitter.com/CEHKscIlEQ

The @LPGA stands for equality. We will always stand up against racism and injustice of any kind. I may never understand how you feel, but I stand with you. ✊🏻✊🏿 pic.twitter.com/s9b0AywR3l

Black lives matter. I would want my American friends I met at U of I and across America to not be treated any different because of the color of their skin. As a president please unite your people now and give them solutions.

“No one is born hating another person because of the color of his skin, or his background, or his religion. People must learn to hate, and if they learn to hate, they can be taught to love, for love comes more naturally to the human heart than its opposite.”
Nelson Mandela.

Absolutely ❤️ this. Have been a proud member of the @LPGA for 25 years and love what we stand for. https://t.co/3uFw3HP2wV