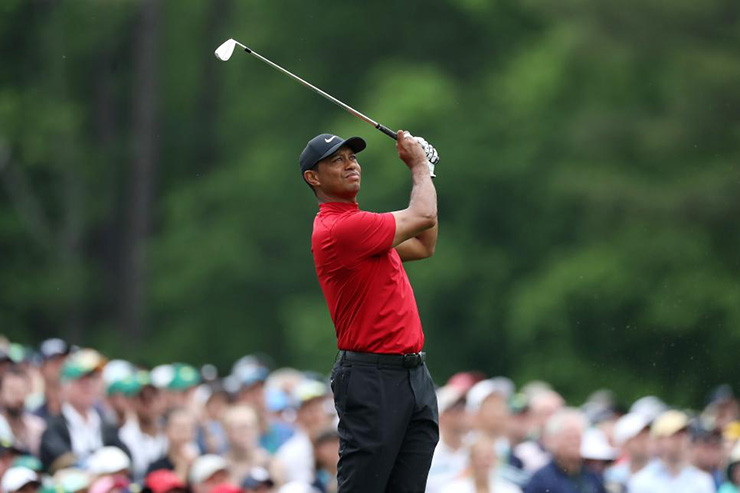 By Joel Beall
The news of Tiger Woods’ car accident in Los Angeles Tuesday morning generated a strong and passionate response from all around the country, from former President Barack Obama to a littany of sports stars sharing their prayers and well-wishes to Woods.

On Tuesday evening, Obama tweeted, “Sending my prayers to @TigerWoods and his family tonight—here’s to a speedy recovery for the GOAT of golf. If we’ve learned anything over the years, it’s to never count Tiger out.”

Speaking to the media ahead of this week’s WGC event at The Concession Golf Club in Bradenton, Fla., Justin Thomas, who has grown close to Woods in recent years, held back tears when asked about the matter.

“I’m sick to my stomach. It hurts to see one of your closest friends get in an accident, and I just hope he’s all right,” Thomas said. “I just worry for his kids, I’m sure they’re struggling.” Following Thomas’ press conference, the rest of the scheduled interviews were canceled for the day.

Soon after Thomas was done PGA Tour Commissioner Jay Monahan issued a statement: “We have been made aware of Tiger Woods’ car accident today. We are awaiting further information when he comes out of surgery. On behalf of the PGA Tour and our players, Tiger is in our prayers and will have our full support as he recovers.”

Adam Scott, who is also in this week’s WGC field, said the news was “sickening.”

“He’s our hero out here,” Scott told PGATour.com. “You think guys like Tiger and Kobe Bryant are untouchable, but they’re not. I just hope he’s all right.”

Augusta Natonal Chairman Fred Ridley joined in the chorus of wishes to Woods. “Tiger Woods is part of the Augusta National family, and the news of his accident is upsetting to all of us,” Ridley said. “We pray for him, for his full recovery and for his family during this difficult time.” The R&A also offered their support to Woods: “Our thoughts are with Tiger and his family at this time. We wish him all the very best for his recovery.

Many players took to Twitter to send their messages to the 15-time major winner. “[Tiger Woods], just seen the awful news. We know how tough you are, we’ve seen it a hundred times,” wrote Justin Rose. “Hoping and praying you’re ok my friend.” Fellow Englishman Ian Poulter added, “Thoughts are with Tiger Woods and others involved, wishing a speedy recovery and I hope the injuries are not bad.”

Bryson DeChambeau, who has been a frequent practice partner of Woods, also took to social media. “Heartbroken and shocked to hear about Tiger Woods accident today,” the reigning U.S. Open champ said. “My thoughts and prayers are with him for a full recovery.” Rickie Fowler, another friend and practice mate of Woods, said on Instagram, “I’ve seen what you are capable of and what you can come back from.”

Patrick Reed called Woods his idol. “I’ve been so fortunate to have been teammates and friends with him,” Reed said. “Right now all of my thoughts are with him and his family for a speedy recovery.” Harris English wrote, “Prayers up,” for Woods, while others like Ben An and C.T. Pan tweeted emojis in support.

Jack Nicklaus struck a similar tone in sending his love. “Barbara and I just heard about Tiger’s accident, and like everyone else, we are deeply concerned,” Nicklaus said. “We want to offer him our heartfelt support and prayers at this difficult time. Please join us in wishing Tiger a successful surgery and all the best for a full recovery.” Gary Player said he is praying “That it is not too serious,” with Tom Watson writing “Our thoughts and prayers are with you and your family Tiger. We all wish you a complete recovery.”

Ernie Els, one of Woods’ rivals in his prime, called Tuesday “troubling.” “We’ve been friends a very long time, obviously I’m concerned for his well-being,” Els wrote on Twitter. “He’s always been a fighter and I hope he fully recovers very soon.” Phil Mickelson later chimed in: “We are all pulling for you, Tiger. We are so sorry that you and your family are going through this tough time. Everyone hopes and prays for your full and speedy recovery.”

The support extended past the golf confines. Sports legends such as Alex Rodriguez and Michael Phelps were among those keeping Tiger in mind. “Praying for my brother as we all anxiously await more news,” wrote Rodriguez. “Thinking of him and his entire family.” Phelps added: “Prayers for Tiger Woods.” Current NBA All-Star and golf advocate Steph Curry told Woods to “Stay strong.”

According to Woods’ agent Mark Steinberg, Woods is currently in surgery. The LA County Sheriff’s Department told a Los Angeles CBS affiliate that Woods’ injuries are believed to be non-life threatening.