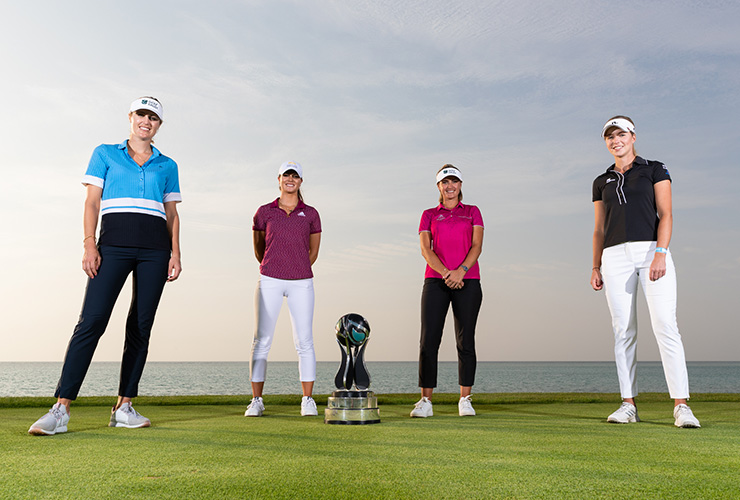 By Kent Gray
As viewers tune in to watch one of the strongest men’s fields outside of the majors and WGC contest the 3rd Saudi International from Thursday, the women’s game might have had cause to look on longingly from afar.

Except Golf Saudi are taking a whole of the game approach to their ‘Vision 2030’ inspired push into the royal and ancient game. Case in point, the new $4 million Aramco Team Series announced Thursday.

To be held in New York, London, Singapore before a season finale at Royal Greens Golf & Country Club in King Abdullah Economic City near Jeddah, the four $1million events are to be fully sanctioned by the Ladies European Tour (LET).

Dates for each event will be released when the LET announces its “record-breaking” 2021 schedule in “coming weeks.” What is known is the basic format of the Aramco quartet of events with to compete over 54 holes. Captains will recruit one fellow tour pro through a draft system similar to the NFL and NBA. Another Tour professional will be selected at random, while all teams will include one amateur player. Prize money for the winning team will be split between its three pro members.

The investment by Aramco, as the headline sponsor, along with Golf Saudi and the support of other Saudi partners makes Saudi Arabia one of the biggest backers of the women’s game in Europe today. It follows the successful staging of the LET double-header – the Aramco Saudi Ladies International and Saudi Teams International – at Royal Greens in November 2020.

The Aramco Team Series picks up where November’s teams event left off, being the first regular tour event where scores of the amateur competitors have a direct bearing on the final result.

“This is fantastic news for global sport, for women’s golf and for Saudi Arabia,” said His Excellency Yasir Al-Rumayyan, Chairman of the Saudi Golf Federation and Golf Saudi.

“Following the success of the Aramco Saudi Ladies International, we are committed to building the women’s game and promoting female participation in sport in Saudi Arabia. I hope this series inspires people of all cultures and backgrounds to take up the sport and generate enthusiasm for the great game of golf.”

LET CEO, Alexandra Armas said the Aramco Team Series marked “the beginning of a new journey in the history of the Ladies European Tour.”

“This brand new Aramco Team Series takes golf and the sport to a whole new level and I am incredibly excited by all four events,” she said.

“Last November, the LET made history in bringing the first-ever professional women’s golf event to Saudi Arabia, and this announcement only builds on that. By adding four new team events to our schedule for 2021, the Ladies European Tour will add a whole new dynamic for both the players competing and the spectators, taking golf to newly engaged audiences across the globe.” Ahmed A. Al-Subaey, Aramco Vice President of Marketing, Sales & Supply Planning, said: “Aramco played a leading role in bringing golf to Saudi Arabia and, through our support for women’s golf, we aim to advance gender equality and set the stage for future generations of female sports stars.

“It is another example of our commitment to diversity and inclusion, which is reflected in our many talented female employees, scientists and engineers. Our sponsorship of this golf series not only raises global awareness of our contribution in this field but will also promote positive values associated with the sport among communities in Saudi Arabia and around the world.”

READ MORE:
How the 3rd Saudi International has already met its remit