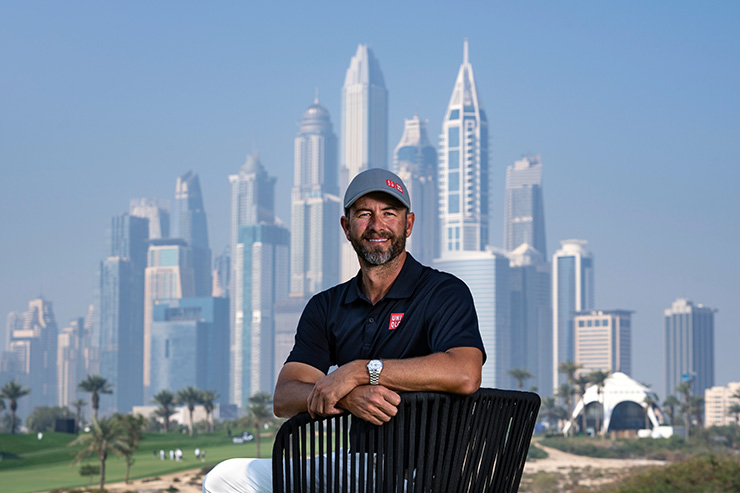 Former Masters champion Adam Scott is playing his first Slync.io Dubai Desert Classic in 20 years. Now Switzerland-based and recommitted to the DP World Tour, the 41-year-old Rolex Testimonee promises it won’t be a fleeting return either. Daily News caught up with the sweet-swinging Australian to discover how he intends adding a second major – and maybe the Dallah trophy – to his already glittering résumé.

Tell us more about your decision to play the Slync.io Desert Classic for the first time since 2002?
Re-joining the DP World Tour this year, having moved my base back to Europe over the last couple of years, was a sensible geographical choice. It made total sense to start the year here, especially with the good weather and golf courses, and of course the fact that the first two events are Rolex Series events.

When you have played for a couple of years, it’s important to make changes. Sometimes it’s equipment and sometimes it is the schedule, and this year coming back to the Middle East has been a really exciting thing. I enjoyed the first Rolex Series event of the year in Abu Dhabi last week at Yas Links, and although I’m not so familiar with the course here at the Emirates, I remember certain holes and the shot shapes required.

Nice to be back on the Majlis?
They’ve put some new tee boxes in, and have some new greens, but it’s nice to be back and it does feel familiar to me, although the skyline is very different. I’m not even sure there was a building at the Marina when I last played here, so a lot has changed in that aspect. I did play at the DP World Tour Championship, Dubai in 2009 but the famous shot from the 8th tee here looks very different.

Why the long absence from the UAE?
After 2009 I was at a very frustrating time in my career, so I committed to play my golf on the PGA Tour. Up until that point I was playing on both tours and didn’t feel I was giving myself the best chance. I needed to change something, a bit like I’m doing again now. I would love to win here this week and I’ll be eager again to come back next year given it’s such an easy trip from Switzerland, so it works perfectly.

How have you managed to re-energise and come back so hungry?
We are a bit sensitive us pro golfers, especially off the back of an average round. I was very frustrated in St Georges at The Open, especially now my main goal is to win major championships. 2021 felt like a bit of a wasted year for me and I didn’t really threaten in 2020 either. As a golfer, you know whether you’re close or not, and having had a lot of experience, I knew deep down that changes needed to be made in my game for me to be competitive again.

What have you been working on?
My driver wasn’t behaving for me last year, so once I began to make changes, the foundation of my game began to improve. Since making the changes I have seen a lot of improvement, but there are always good days and bad days in golf. I think my swing has largely stayed the same, but naturally there are elements to it that have evolved over the years. I’m not the young whippet that I once was, but I don’t think I’ve changed anything too drastically with my swing. The sound advice that I have received with regards to technique and recovery will hopefully allow me to carry on playing for many more years.

Can you talk about the decision to move to Europe fulltime?
We are now fully based in Switzerland with the kids in school there. As invested as I am into my career, I am obviously most invested into my wife and kids and we feel Switzerland is the best environment for them at the moment. I wouldn’t say I sacrifice the golf that much. I certainly don’t expect to roll off the ski slopes and think that I’m good enough to come somewhere like this and win amongst such a strong field. So, I have to balance everything, and time management is so important. At this point in my career, there are about nine months of the year where I totally prioritise the golf, but for the other three months I have to give myself some time away from the game. The balance is good for me. 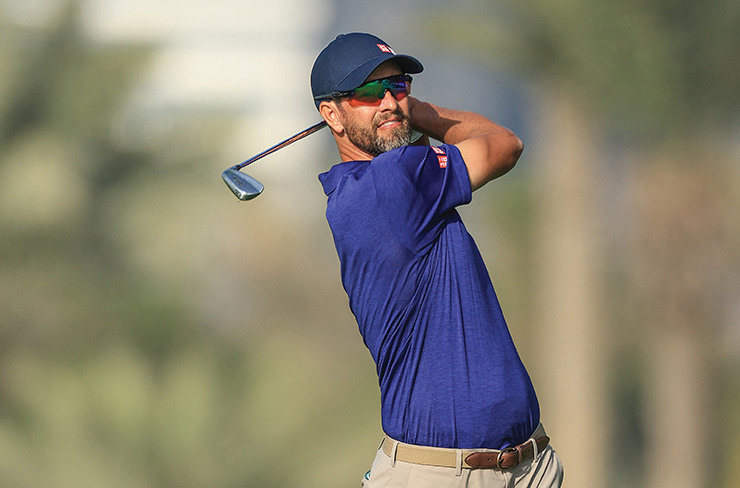 I’m sure you have some fond memories of your Rolex timepieces?
I have been a Rolex Testimonee for 20+ years now and when I first became a Testimonee I got the opportunity to choose a timepiece. I was 21 years old, and I chose a pink gold Day-Date with a black dial. It was a really great choice as I still wear it today. The design with most Rolex’s hasn’t changed all that much which shows how timeless they are.

How many Rolex’s do you own?
It is hard to resist buying these watches, but I have about twenty or so.

What’s your plan to get back to major-championship winning form?
A lot of things in my life has changed since I won the Masters in 2013, but I am continuing to change parts of my game and routine ahead of majors. Not being so fixed on needing a week off before a major is something that I might change. Maybe I need to play more in the build-up to the majors, but it will always depend on how I feel at the time. I am lucky that I can pick and choose my schedule to a degree, so this will definitely help my preparation, but the most important thing is momentum.

Do you still think you can win the bigs?
I feel as fit as ever and I don’t have any restrictions. Looking at my numbers, they’re still right there as well. Covid has been difficult to manage but I feel like I’ve made a lot of good choices to put me in a good position. The big one this year for me is going to be the 150th edition of The Open at St Andrews. You never know how many more chances you’re going to get so I am really looking forward to that one.

If you were a youngster, who would you follow around the course these days?
I’m probably slightly too removed from the Bryson hype, so if it was me knowing what I know about the players today, I would probably say Dustin Johnson. He’s a powerful guy with a magic touch and he makes the game look very easy. I played with this young kid, Nicolai Hojgaard, and I feel like he is a 20-year-old version of DJ. Although it’s very tricky to piece everything together at such a young age, he is going to be a force in world golf if he can. He hits the ball very hard, but in an easy way.

Ready the Rors for a record-equalling third Dallah?