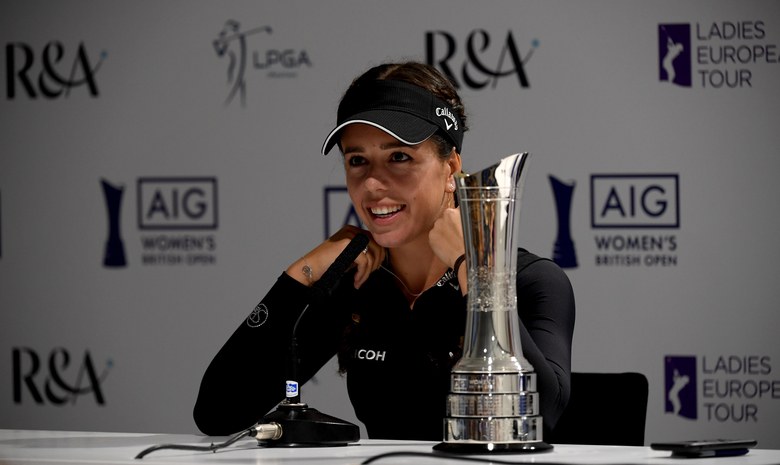 By Joel Beall
Georgia Hall will be defending her Women’s British Open title this week. Figuratively, that is.

Speaking to the media on Tuesday at Woburn Golf Club, Hall relayed that her trophy from last year’s triumph at Royal Lytham & St Annes was stolen two months ago from her car.

“Smashed my back window, like 12 o’clock in the middle of the afternoon,” Hall said. “I don’t know if they knew it was me or not, because it was in the box and everything. And I had golf clubs as well, and they didn’t take that. A bit strange.”

The 23-year-old admitted her vehicle was not the best place for the silverware’s safekeeping but added that her car has tinted windows and the trophy resided in her trunk.

“Obviously, I feel a bit silly having it in the car,” Hall said. “Maybe I should have took it out. But you know, some things happen like this in life and you can’t . . . you know, just get on with it, I suppose.”

If there’s any saving grace, it’s that Hall was in a possession of a replica. The actual trophy for the Women’s British Open is usually kept at the R&A, and on-site at Woburn for this week’s event. Hall said she is working on getting a replica of the replica, hoping her insurance company will claim the cost.

If it’s any consolation, the theft doesn’t impact this year’s Open: With IMG taking the sponsorship reigns from Ricoh, a new trophy had to be commissioned.

Lexi Thompson, citing mental and emotional toll, withdraws from British Open “to focus on myself”