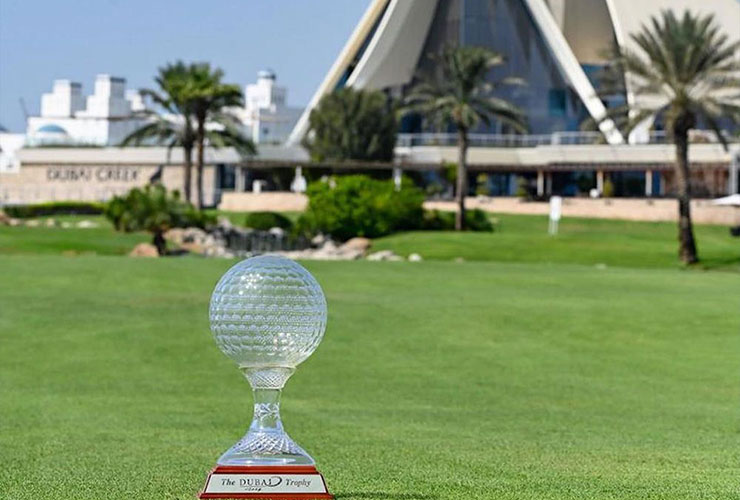 By Matt Smith
The waiting is almost over as the UAE’s answer to the Ryder Cup prepares to tee off on Sunday at Dubai Creek Golf Club.

The Dubai Golf Trophy is one of the biggest events on the annual UAE golfing calendar that pits the nation’s cream of professionals against the leading amateurs.

The draw is now set for the opening foursomes of the two-day event. The action begins at Dubai Creek on Sunday with the fourballs following the morning foursomes before the competition heads over to Emirates Golf Club for the individual head-to-head clashes on Monday on the famous Majlis course.

The event closely follows the Ryder Cup format, where Europe’s finest take on the formidable talent of the United States. Just like the famous transatlantic clash, the Dubai Golf Trophy will once again see two teams of 16 battle it out in the team matches and then 16 matchplay singles.

While it might look lopsided on paper, with the ‘pros’ taking on the ‘amateurs’, recent history has the supposed underdogs on top.

The amateur team are going for an astonishing  seventh consecutive triumph and have made the coveted trophy their own in recent memory, having claimed another convincing victory last year at Jumeirah Golf Estates.

This year the honour of captaining the amateurs falls to Khalid Yousuf, while Michael Major will oversee the pros in a non-playing capacity.