Frustrated Tiger Wood on barely making cut: ‘I was close to snapping a couple clubs today’ 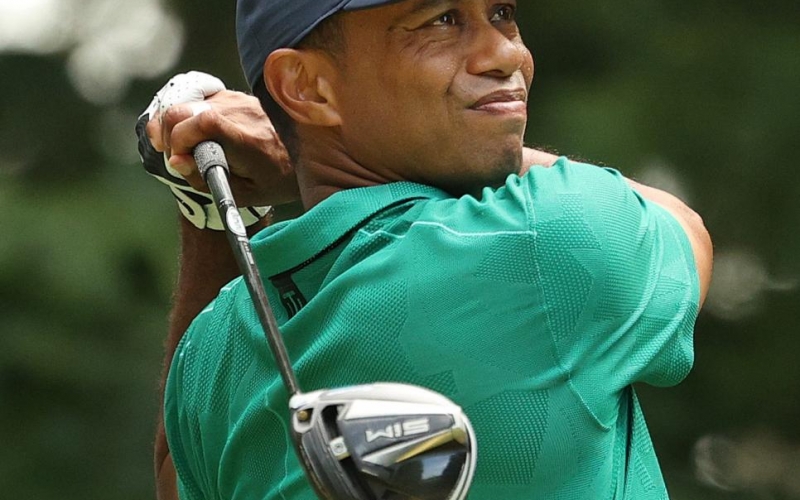 Maddie Meyer
By shooting 71 on Friday, Tiger Woods made the cut on the number at the Northern Trust.

By Daniel Rapaport
NORTON, Mass.—The good news is Tiger Woods will play the weekend here at TPC Boston. An even-par 71 on Friday had him at three under through 36-holes of the Northern Trust, which was exactly the cutoff in this first FedEx Cup Playoff event.

The bad news is Woods failed to take advantage of a course that yielded a 59 to Scottie Scheffler and a 60 to Dustin Johnson.

“Well, I was close to snapping a couple clubs today,” Woods said. ‘But I didn’t, so that’s a positive.”

It was, unfortunately, a familiar story for Woods of late. He has made the cut in each of his three starts since the COVID-19 hiatus but simply hasn’t been able to sustain any momentum for any extended period of time. He’ll enter the weekend 12 shots back of Dustin Johnson’s lead. And after coming into the week at No. 49 in the FedEx Cup standings, he will now almost certainly have to play in next week’s BMW Championship in order to get into the top 30 and qualify for the Tour Championship.

“I just didn’t quite have it,” he said. “I was hitting the ball all over the place, and on a golf course that was certainly giving it up to most of the field.”

Friday’s round was the perfect example. On the first hole, Woods split the fairway with his tee shot, fit in a wedge to 14 feet and hearted the putt. Birdie. He then headed to the par-5 second, an opportunity to put some breathing room between him and the cut line early and focus on moving up the board, not simply making the weekend.

He striped a drive 314 yards into the fairway, then sent a long iron right at the flag. If that shot is right for distance, Woods has a makeable eagle putt and a birdie at worse. Instead, it bounded over the green, and he sent his third over the other side of the green, and all of a sudden he had an eight footer for par. Which he made, but any juice from early in the round had vanished.

Woods bogeyed the fourth then made eight straight pars as seemingly everyone kept pouring in birdies. He turned in even-par 36, a particularly disappointing score on the much-easier front nine, and he briefly fell outside the cut line with a bogey on 13.

Never, ever one to pack it in, Woods responded with back-to-back birdies at 14 and 15, both set up by short-iron approaches that were perfectly pin-high. Again, another opportunity for momentum—three holes left, including the par-5 18th, which has played as the easiest hole here for the week.

Instead, he bogeyed 17 from the centre of the fairway and failed to birdie 18 after a tugged 3-wood forced a layup. Hardly an ideal way to go into the weekend, but it’s better than not going into the weekend at all.

“The dots for tomorrow are definitely like today,” Woods said. “They are definitely gettable. So again, the forecast, the guys are going to go mostly low. So hopefully I’m one of those guys that tears the golf course apart.”