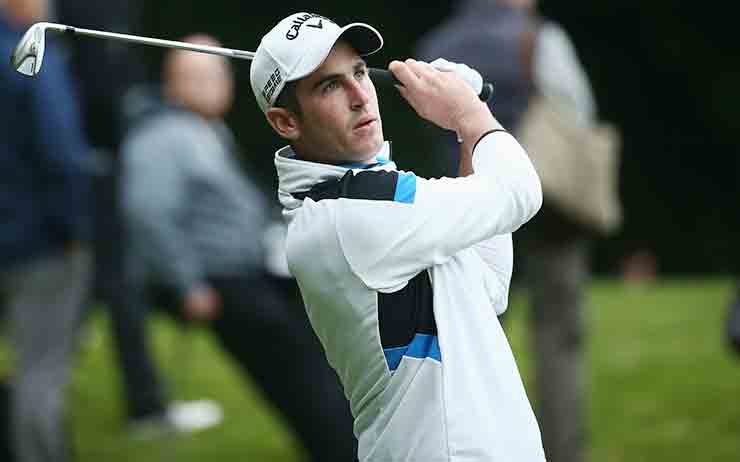 The former England wicketkeeper-batsman earned his MENA Tour card in Morocco last week in a giant step towards his lofty dream of becoming a European Tour regular.

He doesn’t have to wait long to face his first examination as a touring professional with the 29-year-old set to tee it up in the MENA Tour’s $40,000 season-opening Palmeraie Country Club Casablanca Open on Tuesday.

The 54-holer on the six-month old course comes after the South African-born Kieswetter tweeted his delight at successfully negotiating the Middle East and North Africa developmental Pro-Am tour’s qualifying school.

Living the dream, from one sport as a professional to another! Qualified for @MENAGolfTour 2017 – double 👍🏻👍🏻 up pic.twitter.com/SiHPu4d0iy

Kieswetter was capped 71 times by England – 46 one day internationals and 25 T20 matches – between 2010 and 2013. He was named man of the match after scoring 63 off 49 deliveries in England’s victory over Australia in the World T20 Cup final in 2010 in Barbados but had his cricket career cut short after being struck by a bouncer playing a country match for Somerset in July 2014.

The delivery from Northamptonshire paceman David Willey squeezed through the grille of his helmet, breaking his nose and smashing his eye socket to “pieces”. Though he briefly attempted a comeback, his sight was permanently damaged and definitely no good at night where the white ball and the glare of floodlights proved uncomfortable bedfellows.

His face rebuilt with metal implants and his financial situation comfortable (among his entrepreneur father’s business interests is a distillery in Scotland), Kieswetter was encouraged to go on a golf break. In Florida he arranged for some lessons from David Leadbetter where his natural ability shone and a seed was planted.

Kieswetter told The Telegraph recently that he is convinced he has the ability and, crucially, the time to make it in pro golf.

“I think at the beginning there was a bit of: who does he think he is?” he said. “Even now, every tournament I go to I’m introduced as the ex-England cricketer. It does frustrate me.

“But it was the same when I first played cricket. Then it was ‘here’s the lad from the affluent family’. That desire to prove people wrong was quite a big thing for me.” The Casablanca Open, which concludes Thursday, won’t be Kieswetter’s first MENA Tour start. He finished T31 on level par as an amateur in the inaugural Sahara Kuwait Championship last October.

Englishmen Benjamin David and Edward Holland and Scotland’s Daniel Hendry are others set to make their professional debuts at Palmeraie Country Club among a record MENA Tour field of 137 players, including 19 amateurs, from 25 countries. Scotland’s Grant Forrest and India’s Feroz Singh Garewal also graduated from Q-School alongside Kieswetter.