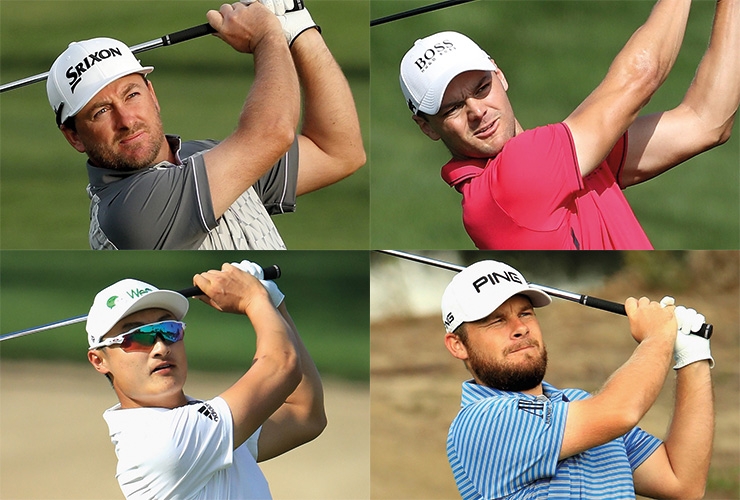 By Kent Gray
A former champion with every right to carry a wee chip on his shoulder back to the Majlis course, a former world No.1 with even more to prove, a popular major champion and another in waiting are the latest names set to make Bryson DeChambeau’s Omega Dubai Desert Classic title defence even trickier.

Li created headlines when, at just 22, he stared down Rory McIlroy to secure a second European Tour victory on the Majlis in 2018. He became the first Asian winner of the tournament with a record score of 23-under-par in the process although that mark was eclipsed, by a stroke, by DeChambeau en-route to the title earlier this year.

Currently ranked 61st in the current world rankings, Li put up a brave title defence last Jan. only to be penalised two strokes on the 72nd hole when he was adjudged to have fallen foul of one of golf’s new rules after his caddy lingered behind his boss slightly too long as he lined up his final putt.

The decision, which dropped Li from a T-3 finish to a share of 12th and cost about €100,000 was later dismissed as “grossly unfair” by European Tour boss Keith Pelley. Li will surely like to make amends in the New Year.

“This is a tournament that I have very special memories of, so I cannot wait to return to the OMEGA Dubai Desert Classic next January,” said Li.  “Going up against a player of Rory’s calibre and coming out on top gave me a lot of confidence and the win itself changed my career, so I’m excited to be heading back. To get another victory would be the perfect way to start next season, especially against a field full of so many great players, so I’m already looking forward to playing again in January.”

Li will be joined by two-time major champion and 2010 Race to Dubai winner Kaymer. The 34-year-old German is no stranger to success in the UAE, having won in Abu Dhabi three times, but hasn’t won on the European Tour for five years.

“It’s going to be a fantastic experience being back in Dubai,” said Kaymer who rose to the summit of the OWGR in 2011. “I have had plenty of success in the region and, while I’ve not won this particular event as yet, I still get a good feeling being back in the country. Not only is the course always in great condition, the tournament is well run and the field one of the strongest on the tour outside the majors. It should be a great week.”

Fellow U.S. Open Champion McDowell will head to Dubai looking to continue a resurgence that has seen him claim a fourth career PGA Tour title in 2019 and qualify for the Open Championship in dramatic fashion. Holing a 40-foot putt across the 72nd green at the RBC Canadian Open earlier this summer allowed the Northern Irishman to tee it up at home at Royal Portrush. He will hope to continue that kind of form into next season when he returns to Emirates Golf Club for the first time since 2018.

“I am really excited for next season and I hope the form I’ve found this year can continue,” said McDowell. “Being a Ryder Cup year, many of us will be looking at getting our qualification campaigns off to the best possible starts and the OMEGA Dubai Desert Classic would be a great place to do that.”

Hatton, who made a maiden Ryder Cup appearance last September, will arrive in the UAE next January looking for a first European Tour title in the region. He has form though, having previously finished second at the 2016 DP World Tour Championship and sixth at the Abu Dhabi HSBC Championship a year prior.

“I always love playing the Majlis course,” said Hatton. “I’ve finished eighth and third at the event there in the past, plus I always enjoy playing in Dubai as the weather and course conditions are just perfect. So many great players have won this event over the past 30-plus years and to add my name to that list would be incredible. I can’t wait.”

The ODDC will feature enhanced hospitality, contemporary food and beverage offers and a rejuvenated kids’ zone in 2020. Tickets start from AED75.