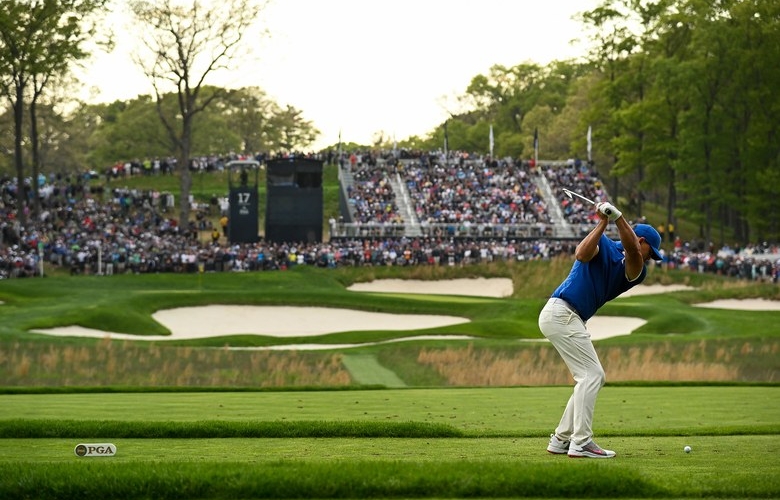 By Joel Beall
How can Brooks Koepka improve? On the surface, this is a demanding, heedless ask. The man became the first player to defend both the PGA and the U.S. Open in a career, and became just the fourth player to finish top four or better at every major in a calendar year. It is like telling John Mulaney to be funnier or the Rock to hit the gym before beach season.

And yet, there is room for Koepka to grow. Heck, he didn’t even win Player of the Year honours. (Too soon? Too soon.) So we analysed Koepka’s performance from last year, and the ones before it, to identify five things Koepka can refine for 2020.

To preface, there are trade-offs to consider. Someone that blasts the ball distances that give roll-back proponents nightmares is not likely to be accurate off the tee, and telling Koepka to hit more fairways will syphon the power that serves as such an advantage. These suggestions also have to be pragmatic; you can’t expect one who consistently ranks outside the top 100 in a certain area to suddenly become an elite performer in that skill. Besides, even at the height of their powers, Tiger, Nicklaus and Hogan all had flaws in their games. (Dodging lightning) OK, not flaws, but they weren’t the best at everything. That’s golf.

Keeping those parameters in mind, here is how Koepka’s trajectory can continue to rise next season.

Par 3s
Koepka’s par-3 performance cost him the green jacket. He was three-over on Augusta National’s par 3s, seven shots worse than Tiger Woods on said holes. For those that spent April in a coma, Koepka finished the tournament one stroke back of Tiger.

The Masters wasn’t an aberration. Koepka lost the Honda Classic by one to Keith Mitchell. Koepka was four over on the par 3s to Mitchell’s four-under mark. Essentially, he was three to four swings away from a two-major, five-win campaign. For a guy who desperately seeks chips to place on those broad shoulders, this would be a start.

On the year, Koepka finished 52nd in par-3 scoring, and 44th the season prior. The disparity in his par-3 scoring against high finishes on par 4s (first in ‘19, 15th in ‘18) and par 5s (10th in ‘19, third in ‘18) can be correlated to his driving prowess. Where the equation becomes curious is against a smorgasbord of strong iron numbers: 11th in greens in regulation, fifth in fairway proximity, first in shots from 175-to-200 yards, 10th in approaches under 200 yards, and 11th in sg/approach.

Thing is, he racks up his share of red on par 3s, in the top 20 in this category heading into the final two weeks of the year and ultimately finishing 29th. But when he misses, he misses big. Continuing his momentum will be dependent on Koepka keeping the bogeys at bay on par 3s. 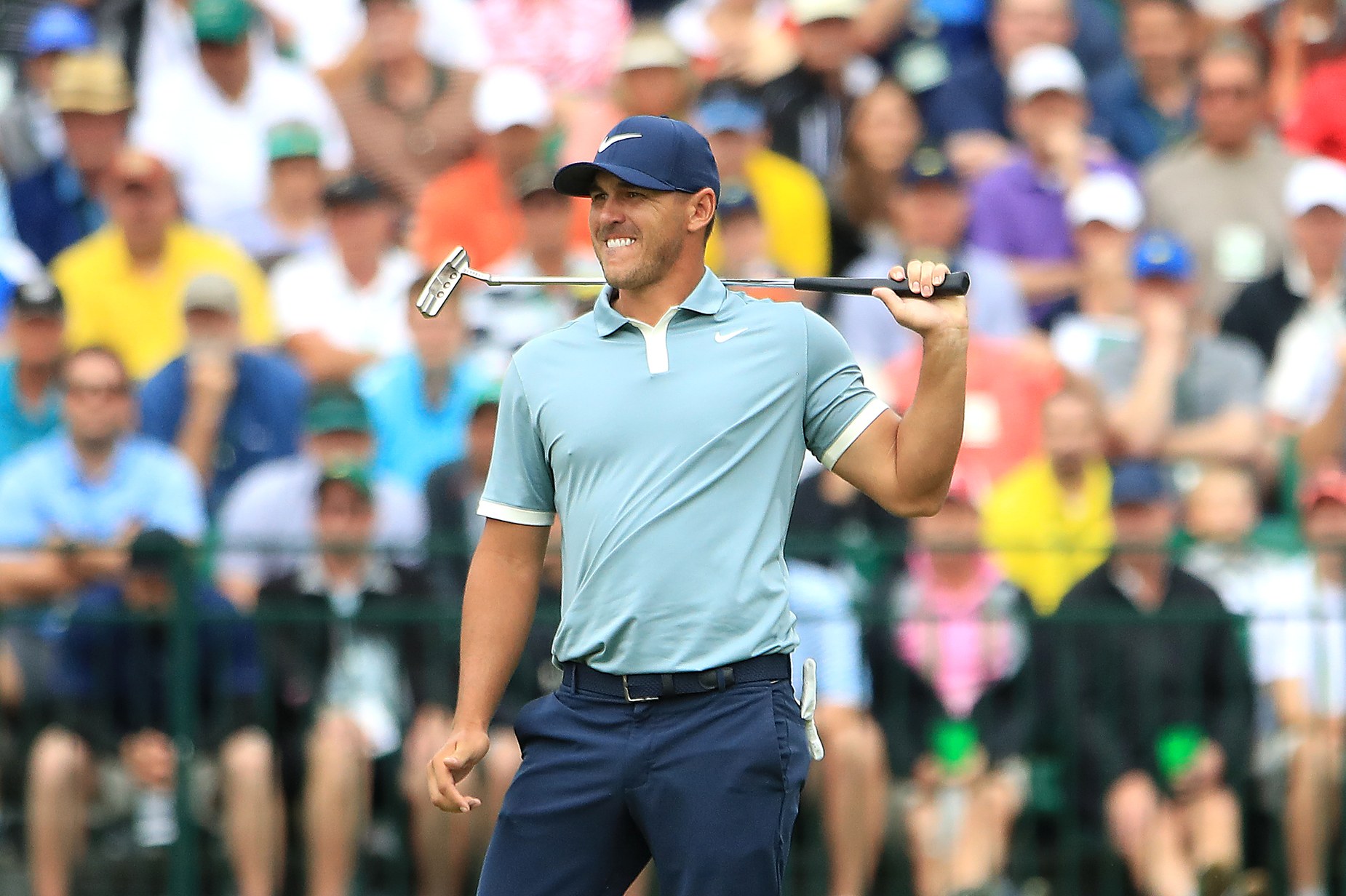 Long Range Putting
Koepka owned one of the better strokes on tour in his fledgling years, ranking in the top 20 in strokes gained/putting from 2015 to 2017 (with a career-best standing of fifth in 2017). But his figures with the flat stick have dropped over the past two seasons, coming in 48th last season and 69th in 2018.

There are two culprits for this plummet, the first output—or lack thereof—from deep. Koepka ranked 108th in conversion from 15 to 20 feet, 114th in 20 to 25 feet and 72nd in putts over 25 feet. When his putting was at its peak in 2017, Koepka ranked 33rd, fifth and first, respectively, from those distances. Bringing those ranks to the middle of pack would make Koepka more formidable around the hole.

3-Putt Avoidance
Aside from 2017, this is an arena where Koepka has consistently struggled. His ranks since joining the tour in three-jacks:

Part of this can be explained by a high birdie-putt conversion rank (17th in 2019, 10th the season before), an aggressive mindset conferring longer-than-desired comebackers. Pulling the reins back on that opportunistic approach could lead to fewer bogeys…but also to fewer birds, so that blanket answer does not suffice. Most likely, to improve in this area, Koepka would need to shore up those areas where meat is left on the bone: three (95th), five (94th) and seven (116th) feet.

10 Yards and In
Stated above, it’s unfair, unrealistic to ask a player to be great in every category. What’s interesting is that Koepka has risen to such heights without a semblance of a short game.

He’s ranked 83rd or worse in every season but one on tour in sg/around-the-green, and has been particularly brutal inside 10 yards (98th in 2019, 97th in 2018, 132nd in 2017). Between this and the aforementioned putting troubles, it’s mind-boggling that Koepka ranked 11th in bogey avoidance.

However, it is not as if Koepka lacks touch. (Save for when his girlfriend comes in for a kiss.) He was 12th in scrambling in 2018 and ranked a serviceable 42nd last year (aided by a 58.43 sand save percentage, 22nd on tour). Additionally, some of these woes could be attributed to Koepka’s wrist injury and restricted practice schedule the past two years. Now given time and health, don’t be surprised if Koepka’s able to tighten these screws up. 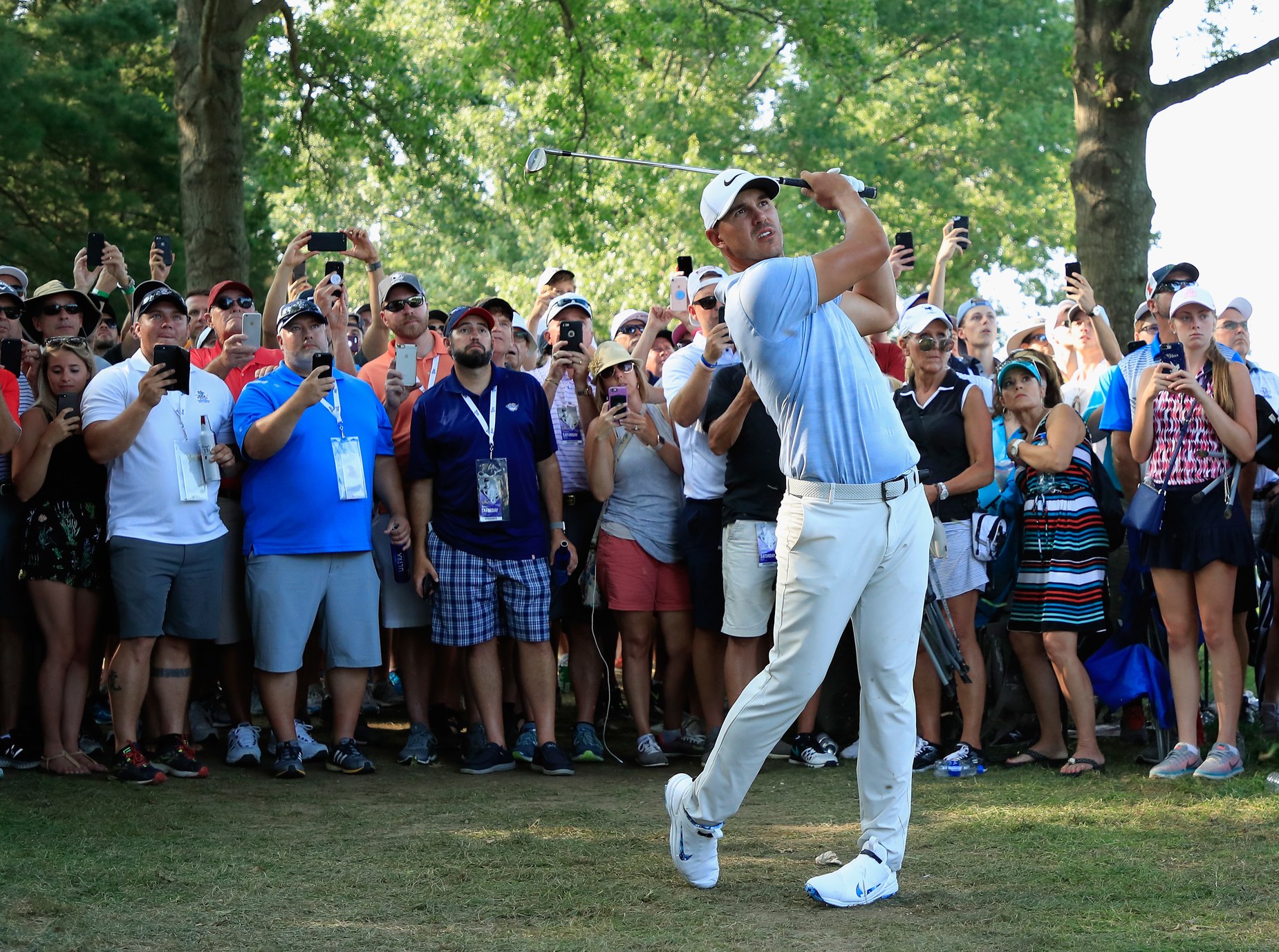 Fan Engagement
Just kidding, wanted to make sure you are still paying attention.

Rough Work
Koepka is a machine with his irons from the fairways. In the rough, not so much. His production from last year:

He’s not a total disaster, ranking fifth in shots from 50 to 125 yards, but the disconnect from the short to thick stuff is clear.

Without making excuses for Koepka, this is another facet that likely parallels with his wrist ailment. Conversely, he ranked 102nd in driving accuracy. Though the strokes gained metrics have shown getting the ball closer to the hole is more paramount than keeping it straight, it does put the onus on getting it done with the second shot, fairway or rough be damned.

And should Koepka improve this skill set, or any mentioned above, well … that sound you just heard were the sighs from Koepka’s competition.