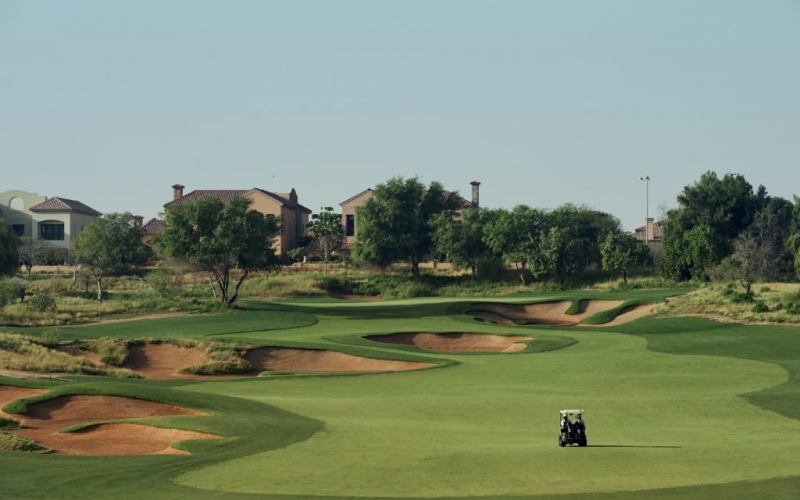 By Kent Gray
Jumeirah Golf Estates will play host to the World Amateur Teams Championships in 2023.

The International Golf Federation announced that the Emirates Golf Federation had edged a Singapore Golf Association bid to host the 32nd Eisenhower Trophy (men) and 31st Espirito Santo Trophy (women) following a vote at their biennial meeting in Lausanne on Tuesday.

It will be the first time the Middle East has held the blue-ribbon world championships which have run since 1958 and have included up to 72 teams competing over 72 holes of strokeplay. Each country fields teams of two or three with the two best scores counting in each round.

The Greg Norman-designed Fire course at JGE will host both tournaments in 2023 which will be the first to be held in an odd year to avoid a same-year conflict with future Summer Olympic Games. It will also be the first with a “reduced scope” of one golf course and a minimum of 36 teams. That change was approved at the IGF’s 2018 biennial meeting to deduce the cost and complexity of hosting the championship at two courses.

The 2020 Eisenhower and Espirito Championships, originally scheduled for Hong Kong but moved to Singapore due to civil unrest in the former, have since been cancelled due to the coronavirus pandemic. Consequently, the World Amateur Team Championships will in consecutive years to affect the change with the next edition in 2022 scheduled for two courses near Paris, the men playing the 2018 Ryder Cup venue Le Golf National and the women Golf de Saint-Nom-La-Bretèche.

The win is a coup for the EGF and a boon for JGE which hosts the European Tour’s season-ending DP World Tour Championship on its Earth layout each Nov. This year’s Race to Dubai decider has been pushed out to Dec. 10-13 courtesy of the COVID-19.

The EGF paid tribute to Dubai Golf (who manage JGE) and Falcon and Associates for a “lot of hard work” in securing the world championships for Dubai.

“We would like to thank the International Golf Federation and their team for working tirelessly with us on the bid application. We would also like to thank all of the IGF members for their votes and giving us this opportunity.

“We look forward to welcoming all of the delegates and athletes into the UAE. Golf in the UAE and region is continuing to grow and this event will further push our vision in golf development. We are excited to work with the IGF and our partners in making this championship a successful reality.”

“We greatly appreciate the interest and strong case presented by the Singapore Golf Association. At the same time, the Emirates Golf Federation made a compelling case that resonated with our member organisations and we’re very excited to be holding our first World Amateur Team Championships in the Middle East region,” said Scanlon.

“We look forward to working with the Emirates Golf Federation to deliver a memorable event and experience for the athletes in 2023.”