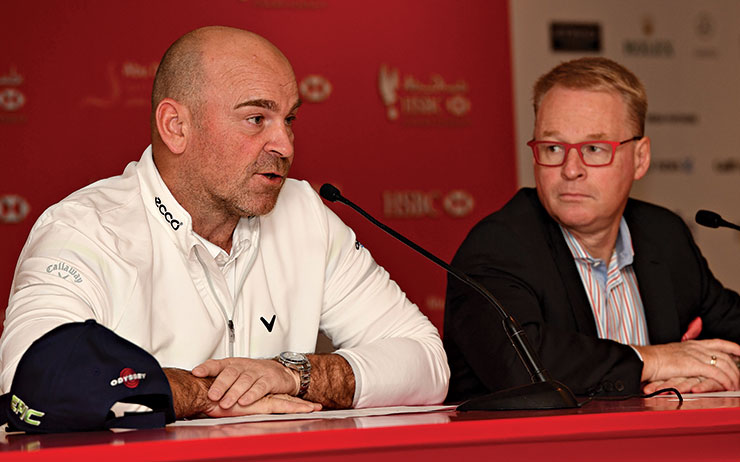 An extra pick for new captain Thomas Bjorn headlines a raft of changes to Europe’s Ryder Cup selection process unveiled Wednesday ahead of the 42nd match against the U.S. in France next year.

The Dane will now have four captain’s picks instead of three for the showdown at Le Golf National near Paris with the remaining eight spots to be spilt evenly from the Race to Dubai standings and world rankings.

European Tour boss Keith Pelley also announced a softening of the tour’s membership requirements with players only having to play four events instead of five previously to be eligible for selection. The stick to that carrot is a new rule that means any player who falls out of membership or elects not to meet the minimum requirement can never be selected as a European captain or assistant.

The shift is designed to not only ensure Europe fields it’s strongest possible team against the U.S., but also to boost participation in the tour’s shiny new Rolex Series, a seven tournament, $50.5 million race within the Race to Dubai which takes its bow at May’s BMW PGA Championship at Wentworth.

Points from the PGA Championship onwards in the year of the biennial Ryder Cup will increase in value by a half, with every point secured worth 1.5.

“So I think it’s an incredibly positive move for the Tour, while at the same time it’s a real strong move for the Ryder Cup as well.

“The understanding of the importance of membership was critical, but at the same time, the concept about having the best team in Europe play. And I think the combination of moving from five to four, and I think the fact that we have four picks, certainly addressed both of those.”

Bjorn has vacated his position as chairman of the European Tour’s Tournament Committee to avoid any conflict of interest in the run-up to France where he will go toe-to-toe with new U.S. captain Jim Furyk.

“I’m confident that we’re going to have the 12 best European players representing us in France and that’s the one thing that’s important for me,” Bjorn said.