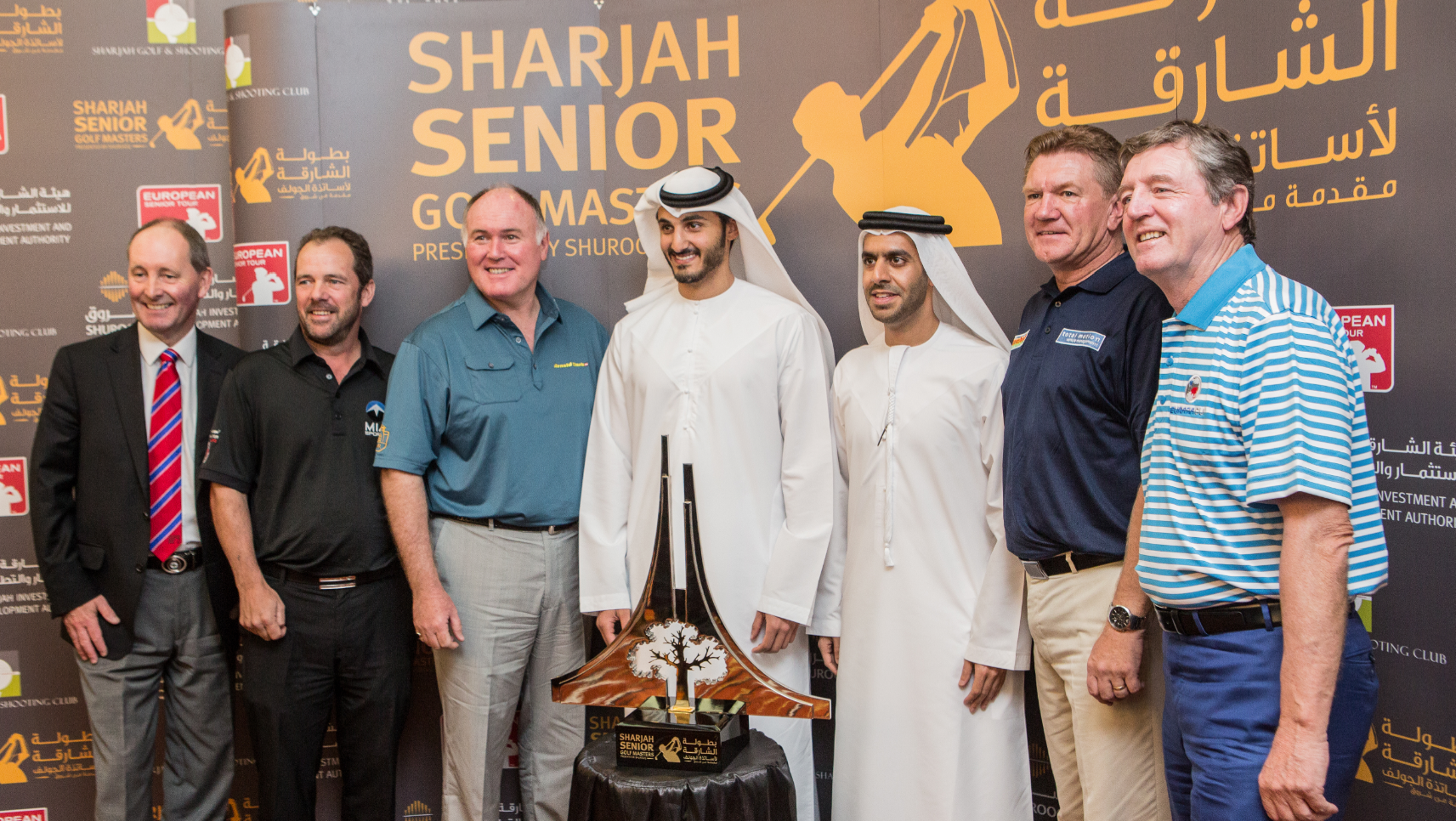 The UAE already plays host to the European Tour, the Ladies European Tour, Challenge Tour, MENA Golf Tour and Asian Tour circuits. To that list you can now add the European Senior Tour, with the announcement last month that the tour where ‘legends live on’ will head to Sharjah in March 2017. Initially on a three-year deal that extends through 2019, it will be an historic event for golf in the emirate, and a welcome return to the region for a popular circuit featuring many of the top stars of yesteryear.

The inaugural 54-hole event, sanctioned by the Emirates Golf Federation (and supported by Sharjah Sports Council and the Sharjah Commerce and Tourism Development Authority), will take place at the Peter Harradine-designed course from March 16-18, 2017, forming part of the European Senior Tour Order of Merit, with a prize fund of US$450,000 on offer.

“Sharjah Golf and Shooting Club is truly delighted to be hosting such a high profile and truly international sporting event,” said H.E. Sheikh Mohammed Bin Abdulla Al Thani, deputy chairman of the club. “This initiative has been in the pipeline for three or four years now and it is thrilling to finally announce the event and for us to play such a big part in putting the emirate of Sharjah well and truly on the global map.”

The three-year agreement, which promises to see some of golf’s most enduring talents grace the United Arab Emirates will mark the fourth time the European Senior Tour has visited the Middle East following events in Abu Dhabi and Bahrain.

Irishman Des Smyth, an eight-time European Tour winner who represented Europe in both the 1979 and 1981 Ryder Cups, said: “It’s wonderful to see how much the UAE, and the game of golf has developed since I first started coming here. The whole region is thriving and it has become a real hub for international golf. It is fantastic news that Sharjah is going to join the stable of world-class golf events hosted in the UAE and all the players on the European Senior Tour will really enjoy coming to this wonderful destination.”

The European Senior Tour is open to players over the age of 50. It has provided a platform for some of golf’s biggest stars to go on enjoying golden moments and delighting fans well into their twilight years since it began life in 1992.

The legendary Gary Player matched his nine majors on the regular tours with nine senior majors, while eight-time European Tour Order of Merit winner Colin Montgomerie is currently replicating that dominance on the European Senior Tour, having topped the Order of Merit for the last two seasons, racking up three major championships in the process.

Andy Stubbs, managing director, European Senior Tour, said: “We’re delighted to announce the Sharjah Senior Masters presented by Shurooq. It is a tri-party agreement between Shurooq (underwriting sponsors), Sharjah Golf and Shooting Club (the host venue) and The European Senior Tour (sanctioning body) and we thank all parties for their hard work and passion in making this project possible.”