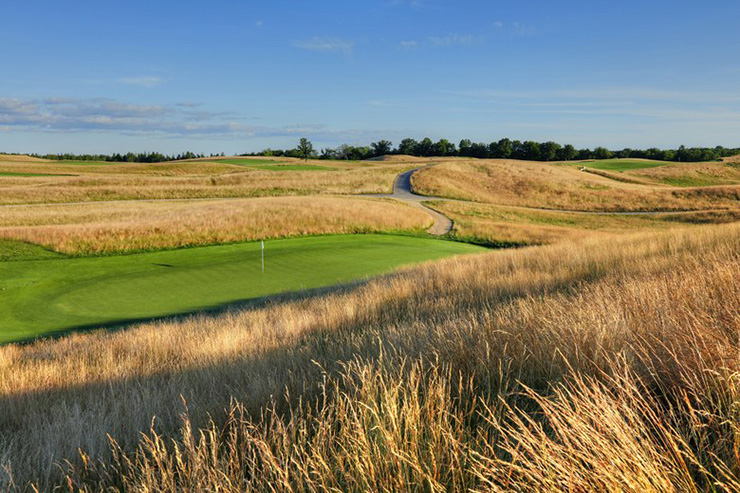 Following a string of faux pas at their national championships, USGA officials desperately wants to avoid controversy at this year’s U.S. Open, with Mike Davis even admitting, “We really need a good [one].” Imagine the group’s consternation, then, that the recurring theme the first few days at Erin Hills regards the course’s fescue. Or more specifically, its perceived unfairness.

Wesley Bryan lit the fireworks a few weeks back with a light-hearted video, and other players — most notably, Lee Westwood — have poked fun at the fescue’s gnarly nature. Yet the heather is so severe in spots that Jon Rahm refuses to hit out of it during practice rounds in fear of injury, and Kevin Na’s viral rant against the conditions shined an unfavorable — and unwanted — light on Erin Hills and the USGA.

So when maintenance crews trimmed the infamous fescue in multiple areas throughout the course on Tuesday morning, the move caught many by surprise.

On No. 12, close to 10 yards were mowed down on the left side of the fairway, one of the areas that was catching a fair amount of tee shots. Moreover, instead of serving as a de facto penalty, the new first cut of fescue is tamable, as players are able to advance their shots with relative ease. 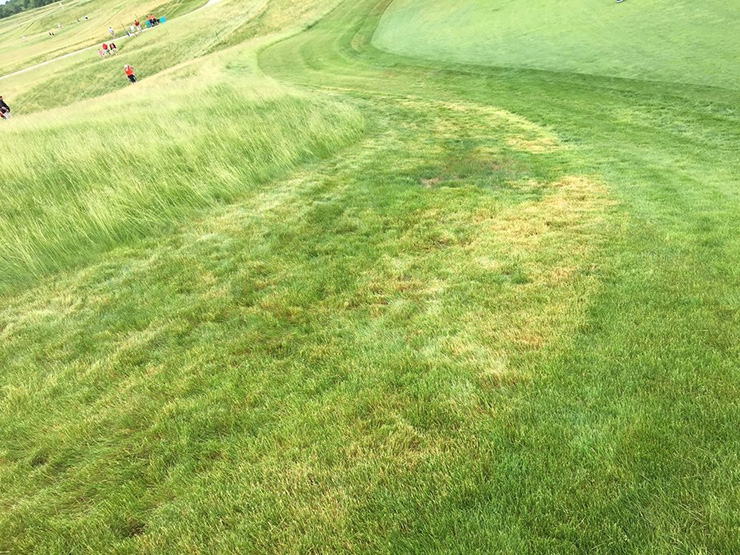 The par-5 14th likewise saw trimming, with a team of 30 working on the hole’s right side. 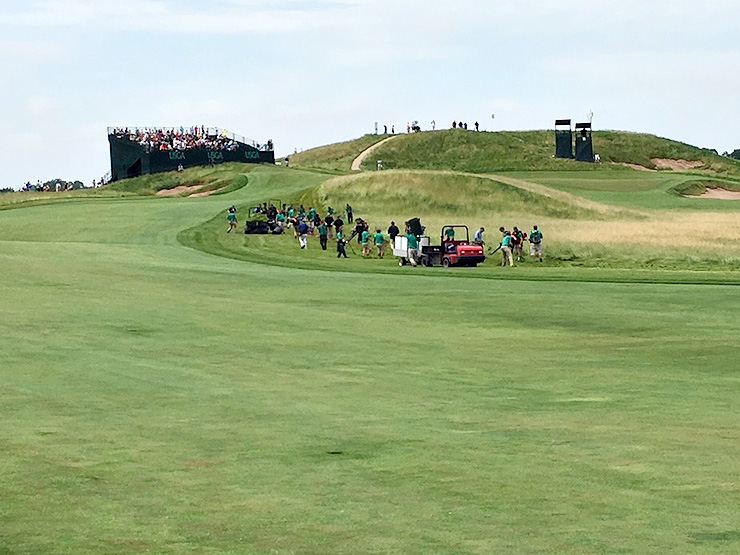 The edging was particularly interesting, as the surface in question is a collection area for those seeking to lay-up. 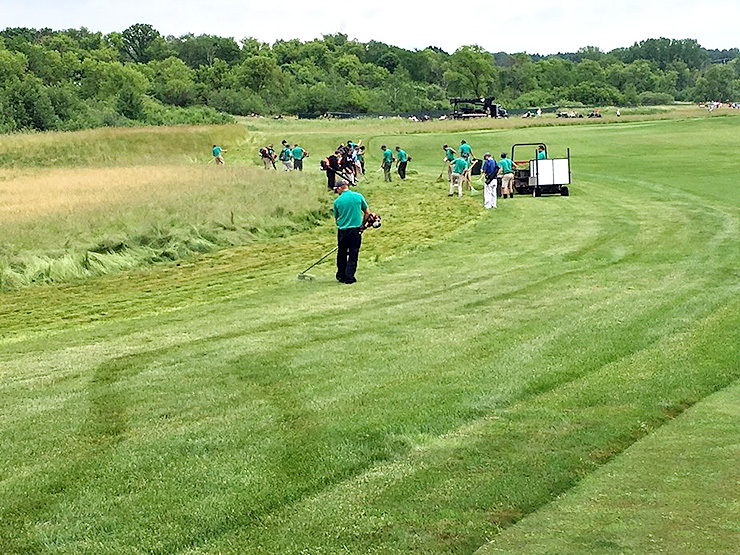 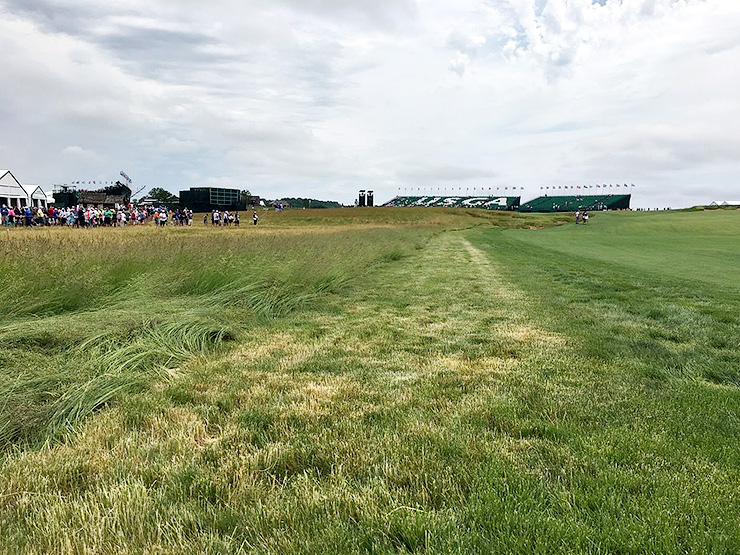 Speaking with GolfDigest.com, the USGA director of championship agronomy Darin Bevard said this was a plan that’s been in place for awhile, and was not a response to player complaints. The fescue has not been totally tamed, is still thick, formidable and capable of causing havoc in a multitude of areas.

“It’s a small area that we’re talking about,” Bevard said, regarding the trimming.

It’s also a move not universally well-received. In his press conference, Rory McIlroy took umbrage with the decision.

“We have 60 yards from left line to right line. You’ve got 156 of the best players in the world here, if we can’t hit it within that avenue, you might as well pack your bags and go home,” McIlroy said. “These are the widest fairways we’ve ever played in a U.S. Open. Even the first and second cut is another 10 yards on top of that. So if you’ve got 50 or 60 yards to hit into and you’re complaining about the fescue that’s wider than that, I don’t think that’s an issue.”

The USGA could not comment if there will be further fescue mowing this week, although Bevard said the course’s current set-up is what should be expected for tournament play.