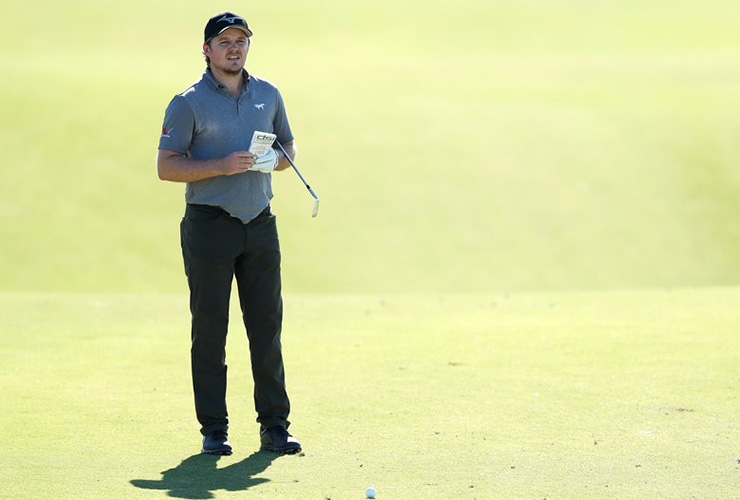 By John Huggan
Tiger Woods almost did it during the 2000 U.S. Open. And now Eddie Pepperell has actually done it in the Turkish Airlines Open.

Run out of balls that is.

But where Woods found the 18th fairway at Pebble Beach with his second attempt—and what was, unknown to him at the time, the last ball in his bag—Pepperell continued to fire approach shots into the pond adjacent to the par-5 fourth green on the Montgomerie Maxx Royal course during Saturday’s third round until he had no ammunition left.

Uncharacteristically, the usually talkative 28-year-old Englishman, two over par on his round and even par for the tournament before playing the hole, had little to say about his premature and eccentric departure from the $7 million European Tour event. Reached by text in his hotel, the World No. 47 would only say there was “nothing to add really.” Although he did admit to being unsure as to exactly how many balls he had launched into the water on what was his 13th hole of the day alongside former U.S. Open and PGA champion Martin Kaymer and George Coetzee of South Africa. In that uncertainty, Pepperell was not alone.

“Eddie hit his shots to the green, then came over to tell us he had run out of balls,” said a rather bemused Kaymer after completing his own round of 69. “Then he walked off. I thought he lost four or five. We are about 80 per cent sure it was five, 20 per cent four. He was quick, so it was hard to keep track. He did not ask if he could borrow one from me or George. It did not look like he wanted to play. He did not putt with his putter on the third hole; he putted with a wedge. So there was a lot happening.

“I have never seen anything like that before. I only watched it on television, in ‘Tin Cup.’ This is the first time I have seen it live.”

Disqualified from the event—the official reason “failure to complete a hole”—Pepperell may face further penalty in the form of a fine. But at 41st on the Race to Dubai standings when he arrived in Turkey, he is in no danger of missing out on the next event, the Nedbank Challenge in South Africa, where the top 60 available players will make up the field.