Dustin Johnson opens defence with 68 while focus is on others 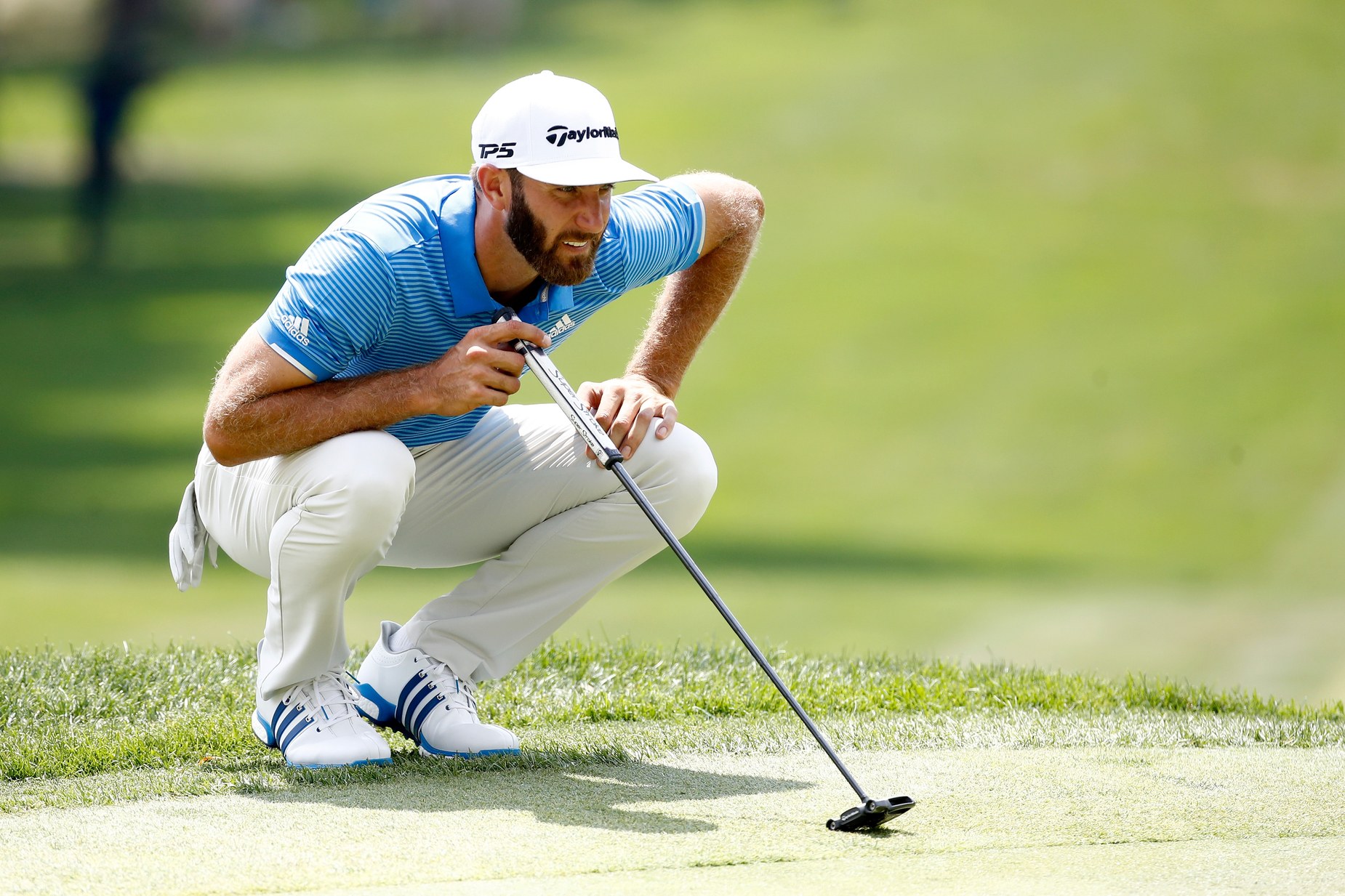 By Dave Shedloski
It isn’t easy flying under the radar when you’re No. 1 in the world, the defending champion of this week’s World Golf Championship event and going for an unprecedented third WGC title in a calendar year.

But there goes Dustin Johnson, who, naturally, doesn’t mind one bit that the spotlight is on British Open champion Jordan Spieth and Rory McIlroy, who created a stir by jettisoning his longtime caddie J.P. Fitzgerald last week.

“What do you think?” Johnson responded with a grin when asked about the attention being expended on two of his closest rivals.

We’re thinking no, he doesn’t mind.

Johnson then shrugged in that carefree way he has. Nobody shrugs better than Dustin Johnson.

That he proved on Thursday at Firestone Country Club, when he opened defense of his WGC-Bridgestone Invitational title with a two-under-par 68, three off the pace set by Belgium’s Thomas Pieters. Johnson was four under on the South Course through 12 holes and tied for the lead until a couple of bogeys dropped him back, including on his penultimate hole, the par-4 eighth.

Afterward, he fulfilled all the requisite media requests, and then waited by the podium as McIlroy was finishing his interview. The Ulsterman noticed Johnson hovering and wondered if he had a question.

The exchange was playful.

JOHNSON: How was your round today?

McILROY: D.J., my round was good. It could have been a little better but holed some good putts, had some good up-and-downs. Wedge play was a little off, I’m going to go work on that this afternoon on the range. I might need to borrow your TrackMan. How was your round?

JOHNSON: About the same.

Except McIlroy didn’t have a drive of 439 yards, which Johnson unleashed on “The Monster,” the 667-yard par-5 16th hole, which not only was the longest drive of the year, but longest on the PGA Tour since 2013. Johnson, by the way, put a new driver in play this week, one with 12 degrees of loft (up from 10.5 degrees), which helps him fade it easier.

If there are any lingering doubts about Johnson’s health, he answered them.

Golf being perhaps the ultimate what-have-you-done lately pursuit, Johnson, despite his ranking, isn’t the favorite for next week’s PGA Championship. He is third behind Spieth and McIlroy, with 10/1 odds. Then again, Johnson hasn’t looked like the same golfer since he fell and injured his back on the eve of the Masters and was forced to withdraw. Before that, he had won three straight starts, including the WGC-Mexico and WGC-Dell Technologies Match Play championships.

CBS Sports analyst Peter Kostis said earlier this week he hasn’t seen the same swagger in Johnson’s step since before the Masters, but the 33-year-old South Carolina native is buoyed by his T-8 finish at last week’s RBC Canadian Open, where he shot 17-under 271.

“The game’s there, it’s there for sure,” he said. “I’m starting to play golf again. I’m not out there trying to find it. I feel like I got it. Last week was really solid every day. I didn’t hole any putts last week, and didn’t drive it that great, but really hit my irons well.”

Another sign that Johnson is feeling better, aside from how well he is striking it, is his schedule. He is in the midst of four tournaments in a row culminating with the PGA at Quail Hollow Club in Charlotte, and then after a week off is the playoffs and Presidents Cup. He’d better be healthy.

It doesn’t hurt coming back to a place where he won a year ago. “Yeah, it definitely gives me confidence,” he said.

And he’ll be prepared. He missed the Masters, had his second son with girlfriend Paulina Gretzky the week of his U.S. Open title defense, and still didn’t seem quite like himself at the British Open at Royal Birkdale. So, the year’s final major takes on a bit more importance. With the level of play Johnson was displaying in March, a second major title this year seemed inevitable. Now it can salvage a year that – hard to believe when he’s won three times and become No. 1 – has been a slight disappointment.

“Obviously, I feel like I’m playing well going into there [the PGA], so yeah, I want to contend,” he said. “I haven’t seen the [changes to the] golf course, but from what I remember it, the old course was just fine, I liked it. If I’m playing good, I like any golf course.”

No one shrugs better than Dustin Johnson.