Don’t tell Brooks Koepka, but Rory McIlroy is coming for him (kinda, sorta) 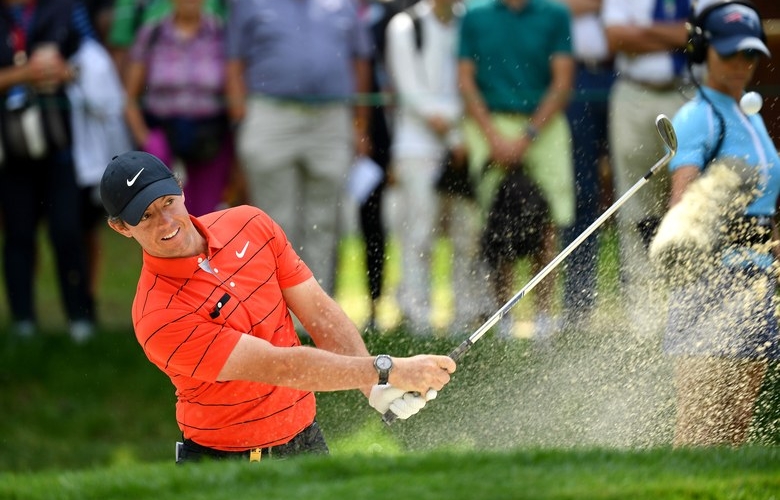 By Ryan Herrington
Jetlag, shmetlag. Rory McIlroy rightfully should have been exhausted after his victory on Sunday at the Tour Championship, which capped a (lucrative) stretch of five starts in six weeks to close out the 2018-’19 PGA Tour season. But that didn’t keep him from flying to Switzerland and playing in the Omega European Masters, just his second regular-season European Tour event of the season.

Nor did it keep him from posting a fairly tidy opening round three-under 67 on the Crans-sur-Sierre Golf Club, followed by a seven-under 63 during Friday’s second round and a Saturday 69 to sit three off the lead heading into Sunday.

Not only does McIlroy’s victory at East Lake not appear to have worn him out physically (although we reserve the right to amend that statement later in this week), it appears it might have awakened the inner-competitor in the four-time major champion. While meeting with the press on Wednesday in Switzerland, McIlroy explained what he’s focused on accomplishing during the remainder of 2019: Closing the gap in the World Rankings on Brooks Koepka.

“It’s a goal to get closer, to keep playing well,” said McIlroy, who is ranked No. 2 but sits a sizable three points back of Koepka (three points is what separates No. 2 from No. 8 Tiger Woods). “I think I saw somewhere that there [are] more world-ranking points on offer here than there [have] been for eight years. Wentworth [BMW PGA] is obviously big for World Ranking points. There’s a WGC coming up. There’s still a lot to play for.”

RELATED: A budding Brooks vs. Rory rivalry is best thing to come out of East Lake

It was more of the same from McIlroy after the first round when an interviewer asked about the emphasis for returning to No. 1.

Rory has his sights on a return to World No.1 ☝🏻#OEM2019 pic.twitter.com/pSP3gQpccS

The last time McIlroy was first in the Official World Golf Ranking was September 2015. Over his career he has been ranked No. 1 for 95 weeks.

The shrewdest part of McIlroy’s strategy? He’s not actually poking the bear who is currently No. 1. McIlroy hasn’t singled out Koepka in his comments, merely expressing that he would like to play catch up on the No. 1 spot. Well played Mr. McIlroy. Well played.