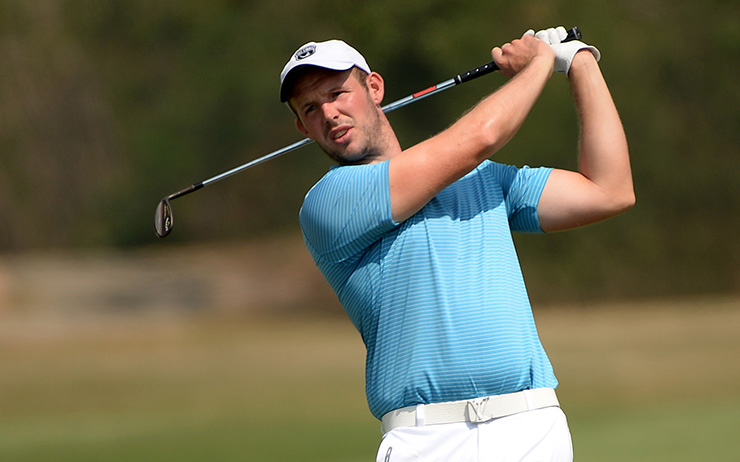 Luke Joy will again have overcome a frustrating start if he is to maintain his buffer atop the MENA Tour order of merit standings.

The 29-year-old Abu Dhabi-based Englishman signed for a 74 to share 62nd place after the  opening round of the Jo’burg City Masters Tuesday. Joy was eight shots adrift of leader Jacquin Hess after the South African traded eight birdies and two bogeys in his pace-setting 66.

Hess was a shot clear of countryman Sean Bradley (67) overnight while four more South Africans and three Englishmen shared fourth place at -4 in the Big Easy Tour event which is co-sanctioned by the MENA Tour. Among the latter was Jamie Elson who is second in the MENA Tour points standings – 1715 points adrift of Joy through seven events – and will be hoping to kick on from his encouraging 68.

Joy moved to the top of the MENA Tour money list following this third place finish at last week’s South to East Challenge, the first of the MENA Tour’s three-tournament South Africa swing.

But the Yas Links-attached pro had to overcome another two-over par opening round in Benoni and that followed a weekend off the Zambia Open on the higher level Sunshine Tour. Earlier in the season he sandwiched two second placings either side of another missed cut.

Joy’s putting had been the problem heading into this week’s 54-holer at Country Club Johannesburg but on Tuesday an uncooperative driver was the cause of the Dorset man’s angst on a firm and fast Woodmead course.

“I actually really like the course this week…and if you hit the fairways you have some good opportunities to attack some very firm and crusty greens,” Joy said in his latest blog post.

“Unfortunately today I couldn’t find a fairway to save my life and had little to no hope of hitting [it] close out of the rough. I had to settle for 30-50 foot putts all day long and with a few three putts, all I could manage was 74 (+2).

“I’m hoping to improve tomorrow [Wednesday] and find some fairways. I have a very early start so hopefully the course will set up a little softer so I can hit some close and make some birdies to get back on track.”