Colin Montgomerie on peculiar Ryder Cup captain’s duties, road-tripping around the U.S., and the time Jack Nicklaus jinxed him 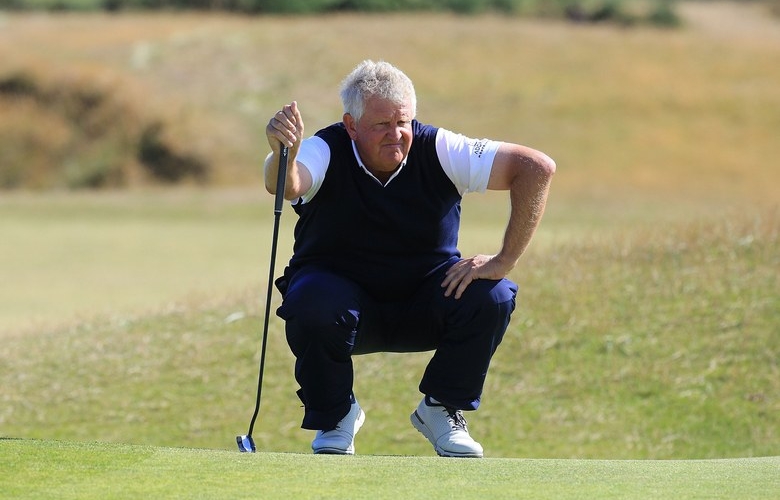 Phil Inglis/Getty Images
ST ANDREWS, SCOTLAND – JULY 28: Colin Montgomerie of Scotland in action during the third round of the Senior Open presented by Rolex played at The Old Course on July 28, 2018 in St Andrews, Scotland.

By Alex Myers
One of golf’s greatest mysteries is how Colin Montgomerie, a Hall-of-Famer and one of Europe’s all-time great players, never won a PGA Tour event. Since turning 50 and joining the PGA Tour Champions, however, the Scot has certainly figured out how to win on U.S. soil. And he’s also enjoyed sight-seeing across America in the process.

“I’ve probably seen more of America than the Americans on tour,” Montgomerie said on Monday from Stolli headquarters in NYC, where he was promoting his own line of Loch Lomond Whisky. “You know, these standard ‘fly-over states,’ I’m actually driving through them. In Kansas, I stopped off at Dorothy’s house from the Wizard of Oz for God’s sake, and music was playing, and you think, ‘what am I doing?’ But it’s amazing.”

In terms of trophies, though, Montgomerie has his sights set on this year’s U.S. Senior Open in particular. Sure, the 55-year-old would like to win the event again as he did in 2014, but he’s just as motivated by what else the victory would bring: An invitation to Winged Foot for the 2020 U.S. Open. You might think that Monty would want to avoid the site of his most heartbreaking of five major championship runner-ups, a T-2 in 2006, but it’s quite the opposite.

“All I would like to do is stand there and par that bloody hole,” Montgomerie said with a laugh. “Then I could walk away from golf a happy man.”

Montgomerie joined the Golf Digest Podcast for a wide-ranging conversation that included that difficult U.S. Open runner-up in 2006. We also talked about some of the extremely detailed duties he performed as European Ryder Cup captain, what he thinks about Royal Portrush hosting this year’s Open, and the time Jack Nicklaus jinxed him. Badly.

Plus, Sam Weinman and Ryan Herrington joined me to discuss Kevin Na’s walk-off (and walk-in) win at Colonial, Matthew Wolff’s runaway victory at the NCAA championship, how sponsor exemptions should be used, and a surprise round of golf with a two-time Super Bowl champ. Please have a listen:

A writer spent more than three decades interviewing the greats of the game. These are his stories