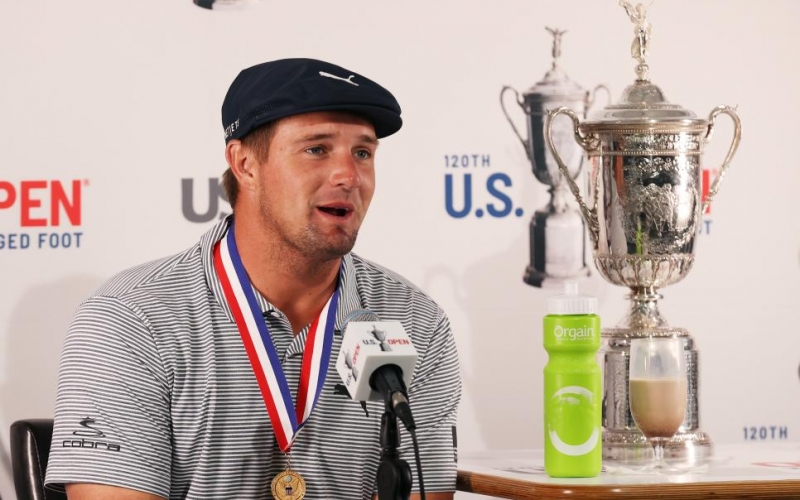 By Christopher Powers
Bryson DeChambeau’s on-course performance at Winged Foot this week was awe-inspiring. Not only did he overpower the iconic venue, he made minced meat of it. After 72 holes he was the only player under par, six clear of the next closest competitor, and the only player to shoot three rounds under par.

RELATED: The 11 most unusual things about Bryson DeChambeau

And yet, you could argue his finest hour came off the course, without a driver, wedge or putter in hand. Following his maiden major victory at the 2020 U.S. Open, DeChambeau fielded a number of questions in his victory press conference, and he was in absolute peak form.

Rather than just relay the quotes to you, we picked out our 9 favorites and ranked them from good to great. Please enjoy these ramblings of a literal Mad Scientist.

9. Bryson, on why his game was best fit to win a U.S. Open
“I was always a super straight driver of the golf ball, super great iron player. Putting was always iffy, but I knew I could get around it on fast, quick greens. I was always really good on quick greens. I’ve become a great putter, and my ball striking has improved consistently, and now I’ve got an advantage with this length, and that’s all she wrote.”

RELATED: Our writer bulked up like Bryson DeChambeau. Here are the results

8. On his “governors”
“It’s all about the governors for me. I have a limit to kind of what I do with the swing so I don’t overrotate. You can see I missed a lot of shots left this week. My left arm wasn’t holding and being stable enough through impact. It was just rolling over. That’s why I was drawing it and hooking it a little bit.”

He also used this “governors” term following his third round. We still have no clue what it means. If you go to the fourth definition of “governors” on Google, it reads “a device automatically regulating the supply of fuel, steam, or water to a machine, ensuring uniform motion or limiting speed.” This has to be what he’s talking about. We still don’t get it.

7. On how much bigger he wants to get for the Masters, which is in November
“I think I can get to 245. It’s going to be a lot of working out. I don’t think it’s possible — it may be, I don’t know. It’s just I’ve gained so much so quickly in a year. They always say, when you work out, you gain your 30 pounds or whatever it is, and then after that, each year, you half it. So you can go 15. If you keep working out every day, you keep halving it. And then eventually there comes a point where you can’t gain much more. But I still feel like I can get up there if you work hard enough.”

Is there any doubt he does get to 245? Everything this guy sets his mind to, he usually accomplishes (except getting a large portion of golf fans to like him). 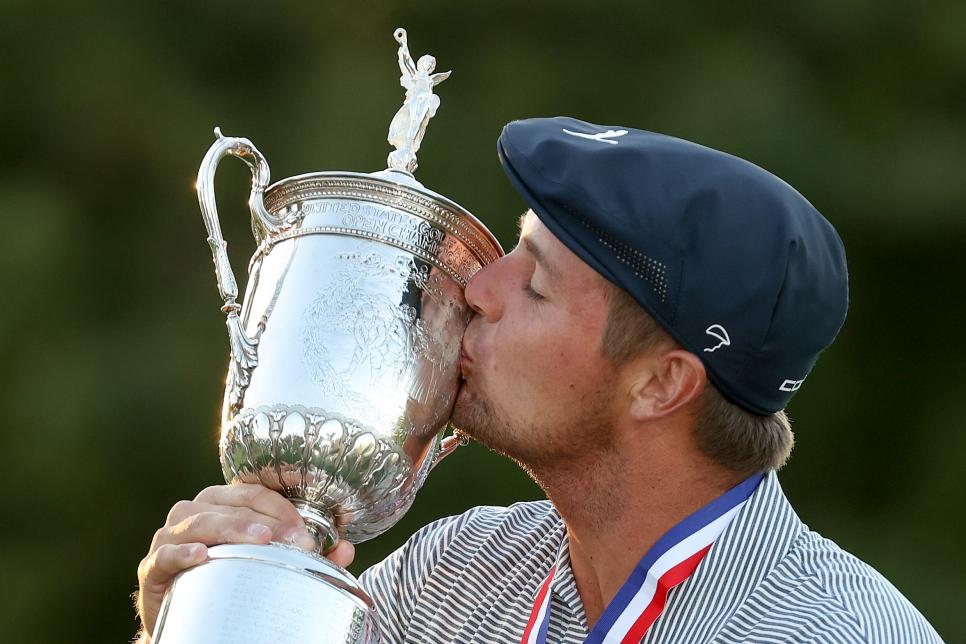 6. On his approach to the sport
“My goal in playing golf and playing this game is to try and figure it out. I’m just trying to figure out this very complex, multivariable game, and multidimensional game as well. It’s very, very difficult. It’s a fun journey for me. I hope that inspires people to say, ‘hey, look, maybe there is a different way to do it.’ Not everybody has to do it my way. I’m not saying that. I’m just saying in general that there are different ways to do things. If you can find your own way, find your passion — like Arnie said, swing your swing. That’s what I do. That’s what Matthew Wolff does. That’s what Tiger does. That’s what Phil does. That’s what everybody does, and we’re all trying to play the best golf we can. Hopefully, my way inspires people.”

5. On his performance this week
“So many times I relied on science, and it worked every single time.”

4. A message to his fans
“But no matter what, my focus and my message to everybody out there is each and every day that you’re living life try and make this day better than the previous day. Let today’s garbage be better than yesterday.”

That quote started off so strong until the garbage thing. That’s, uh, not an actual saying, is it?

This seems to imply that he eats five-pound steaks. Nothing but respect, if true.

2. On his next experiment
“Next week I’m going to be trying a 48-inch driver. We’re going to be messing with some head designs and do some amazing with things with Cobra to make it feasible to hit these drives maybe 360, 370, maybe even farther. I don’t know.”

Just won the U.S. Open by hitting it farther than everybody else. Still wants change his driver and hit it farther. Normal.

1. On whether it’s athleticism or science that’s making the ball go so far
“Well, the COR was locked in back in 2000 or something like that. You could only have it come off the face so much, right? So it’s been that way ever since. The rules haven’t changed. People have just gotten a little longer with their driver. The shafts have become better for sustaining higher swing speeds, and we’re constantly trying to just hit it as hard as we possibly can. Kyle Berkshire, Justin James, a bunch of those guys, Josh, they all inspired me to try and go harder at it. They are the ones breaking the barriers. I can see what is possible. So that inspires me to keep pushing the limits. I don’t think that science is that — is as big of a role in the market today. I would say it’s more of athleticism playing probably a bigger role for that for sure. I was hitting it — on just a normal average tour player a year ago, and then I all of a sudden got a lot stronger, worked out every day, been working out every day, and all of a sudden — not because of clubs, but because of me, I was able to gain 20, 25 yards.”

Hooo boy. He’s certainly convinced himself it’s all him. Good luck convincing the roll back the ball people, who will be having absolutely none of this.