For three months, I tried to get big like Bryson DeChambeau. Here are the results 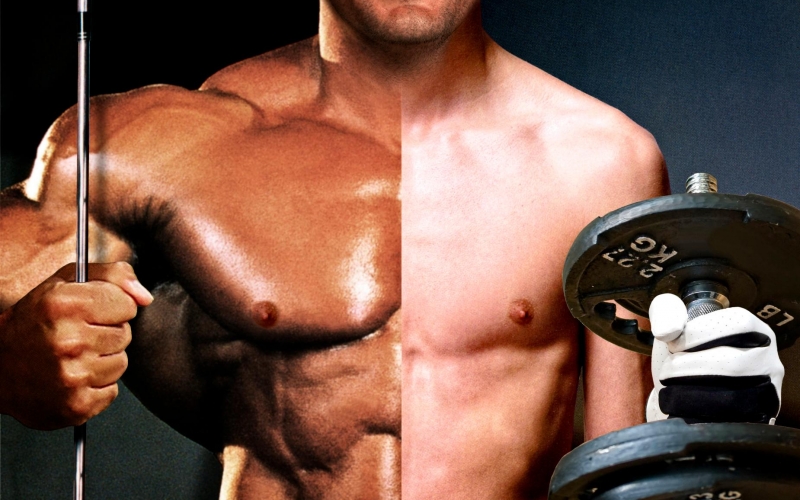 By Joel Beall
Like most terrible ideas, it happened after midnight. I was on a work trip in January, catching up on emails when I came across a note from Golf Digest editorial director Max Adler asking for pitches for an “Editors Trying Crazy Stuff” package for the magazine. Highlights of the European Tour’s Dubai Desert Classic were on TV, and it appeared Godzilla was stomping around the fairways. After putting on my glasses, I realized this was not a prehistoric beast but Bryson DeChambeau (although those terms are now synonymous). The former U.S. Amateur and NCAA champion had announced in the fall he was undergoing a physical transformation in pursuit of more distance, and just three months in, the sight of DeChambeau—who had turned from man into mountain—was jarring. And also inspiring.

“Hey, shot in the dark,” I wrote, “But once a year it seems, there’s some minor controversy involving a player’s bulked-up physique and its perceived negative consequence on performance. Wonder if it’s worth having someone attempt to get jacked and see what the correlation, if any, is on their game.”

That “someone” ended up being me.

Starting in February, I did my best to get on DeChambeau’s level, bulking up in hopes of big gains with the big stick. The piece, which is in this month’s issue of Golf Digest, has been met with worldwide acclaim. “A triumph of the human spirit,” “Profound; a gift of words” and “Thank you for making us believe in journalism again,” are just three reviews I imagine are in my mailbox as we speak. Even my editors—tough crowd, editors—loved the article, sending such praise as, “Wait, you went ahead with that dumb pitch?” and “I guess this explains your lack of productivity.”

In order to promote this month’s issue and our Bryson piece, which can be found here, I was asked to answer some questions on what our endeavor involved, how it played out, and what you can learn from it. (The short answers: “Idiocy,” “Kind of!,” and “Never answer emails after midnight.”) Here are my takeaways from Trying to Get Big like Bryson. 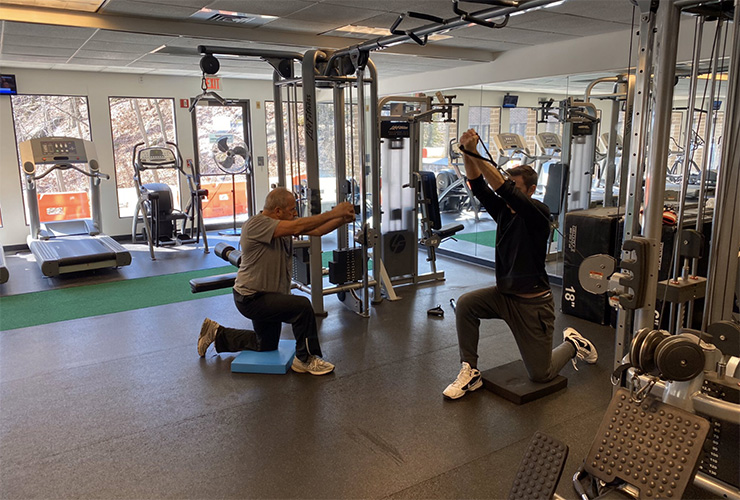 The venture had three original ambitions: 1) Gain 30 lbs. in three months in order to 2) Pick up at least 20 yards of distance, and most importantly, 3) Improve my golf game. We devised a game plan, put it in motion, and, due to the coronavirus lockdown, had to revise everything a month in. Despite the pandemic’s Bryson-sized obstacle, I did see the experiment through. Without giving away the third goal (Seriously, read the piece, it’s not bad, I promise), I gained nearly 20 lbs. (from 166 lbs. to 184 lbs.) and got my average drive up from 286 yards to 296.

There was a slight sense of pride at these goals. “Was” being the operative word. After watching Bryson in person at the Travelers Championship last week—which included driving a 389-yard green and using a cart path to smack one 428 yards—I now feel like what I did what amounted to getting a kindergarten drawing pinned on the refrigerator while Bryson’s submission was put in the Louvre.

296 yards. Really?
Not fake news, I promise. The highlight being a round I played recently with colleagues Mike Stachura and Mike Johnson at Rock Ridge Country Club in Newtown, Conn., which featured five drives over 300, including a 340-yard pop at the first hole. No word if my driver passed the CT test, however.

I want more distance, how did you go about it?
I teamed up with Brandon Gaydorus, the author of “The Ultimate In-Home Golf Fitness Program” and founder of Warm Heart Life in Greenwich, Conn. Gaydorus had a stint at the Florida Institute of Performance, training alongside Brooks Koepka, Michelle Wie, Daniel Berger and other golf stars, so he has intimate knowledge of a professional athlete’s regimen. Gaydorus devised a personalised plan that included four formal workouts per week, along with two I did on my own. Also daily yoga, as well as a SuperSpeed program. And I revamped my diet, eating 5,000 calories a day, which sounds tough but in reality was worse, because said diet included a ban on beer. It was hell. 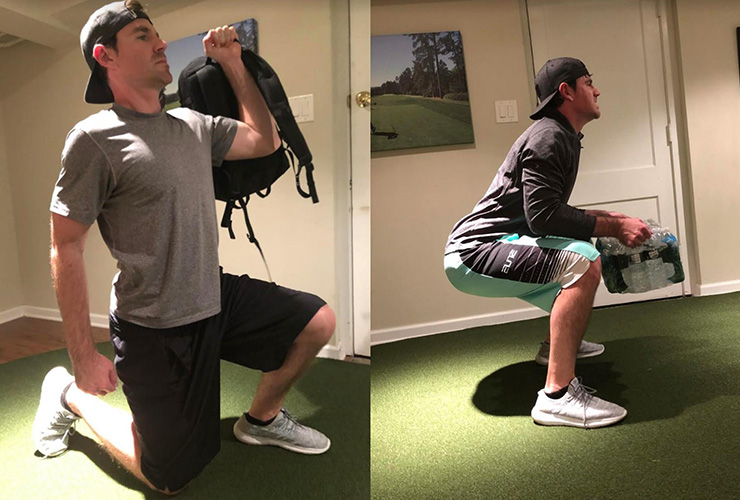 I don’t have access to a gym. Are there any ways to circumvent that route and do this at home?
Listen, as every high school strength coach will tell you, “Success isn’t owned. It’s leased, and rent is due every day.” But yes, there is a route. And I took it.

A month into our program COVID-19 put my area in lockdown, which meant I couldn’t go to the gym. This could’ve been my out. Alas, I am a stubborn mule and would not wave the white flag. Plus, let’s be honest, there wasn’t a lot going on at the time. Since most online weight sets sold out quickly, Gaydorus devised a “Rocky IV” routine I could do with at-home objects. No, I wasn’t climbing up mountains or lifting tractors or ending the Cold War. But I did use cases of water, bookbags filled with bricks and firewood as de-facto weights. This way was nowhere near efficient (as I explain in the piece), but it did get some results.

Great, I’m in. Any warnings?
This sounds elementary, but if you want to try this yourself, make sure you’re hitting balls a few times a week. During the lockdown I was able to make swings in my backyard but didn’t have access to a range. My first two weeks back involved more topped shots than in my entire 33 years. Also, yoga was key. I did it to make sure my back didn’t break in two, but it also maintained my flexibility and kept my swing from getting rigid. Make sure to add it to your routine. 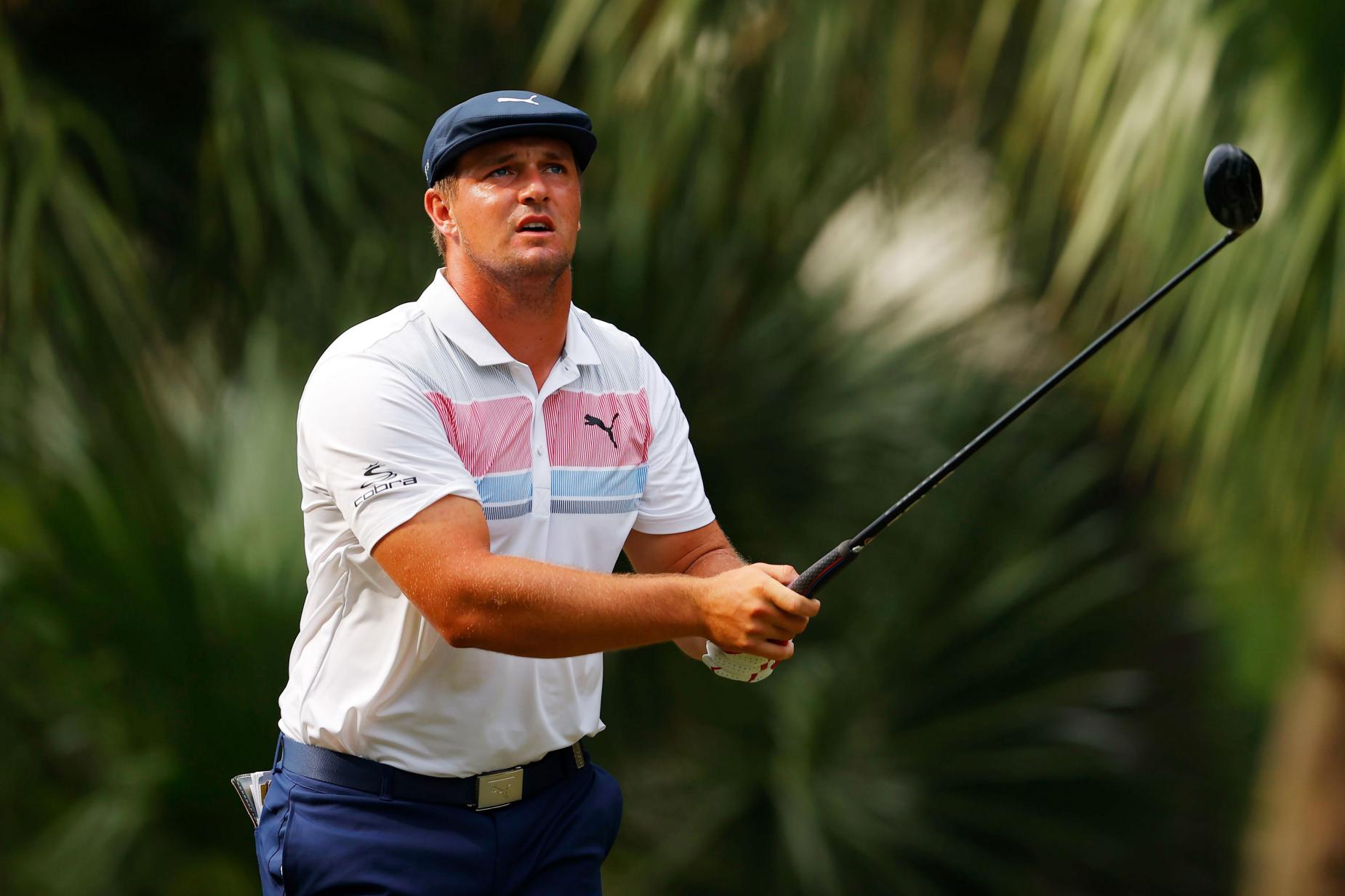 Anything else?
Easy on the protein. I don’t care what DeChambeau says, the colon can only take so much.