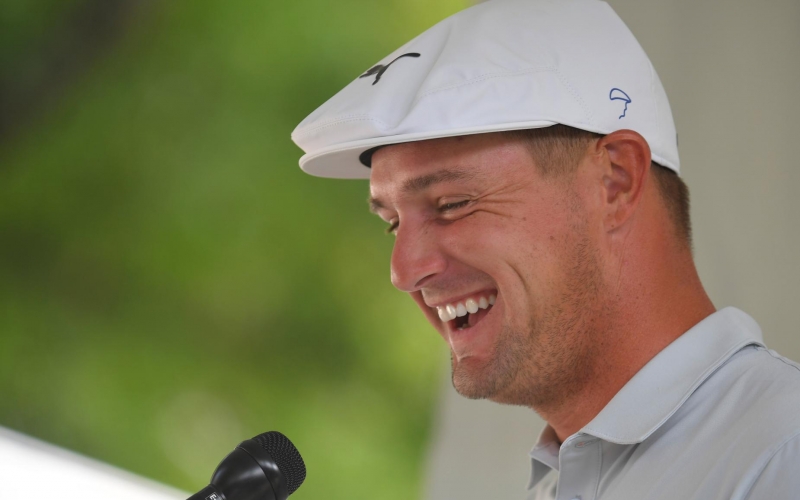 By Alex Myers
The Bryson DeChambeau Show heads to the Motor City for this week’s Rocket Mortgage Classic. It’s a new event for the PGA Tour star, but it’s played on a golf course designed by one of the game’s old masters. Not that DeChambeau seems too worried.

At his pre-tournament press conference at Detroit Golf Club, the bulked-up Bryson was asked about the Donald Ross track. Here was his response:

“I think there’s a lot of bunkers that are around like 290, so hopefully I’ll be able to clear those and take those out of play,” DeChambeau said. “So, sorry, Mr. Ross—but it is what it is.”

Hey, at least he called him “Mr. Ross” before obliterating his golf course. And it’s nothing personal. DeChambeau has been overpowering all PGA Tour venues since putting on some 40 pounds (18kg).

DeChambeau currently leads the PGA Tour in driving distance and he’s second in strokes gained/off-the-tee. And he’s not just driving for show as evidenced by him being a combined 46 under par in the three events since the season re-started earlier this month.

The 26-year-old’s feats of strength have been well-documented from a 428-yard blast last week to reactions to his power by recent playing partners Rory McIlroy and Phil Mickelson. DeChambeau has been taking aggressive lines off the tee that Ross couldn’t have dreamed of when he passed away in 1948. Heck, Bryson had to move back at the Harbour Town driving range because it couldn’t hold him.

So again, it’s nothing personal, Mr. Ross, but hazards that are “only” 290 yards away aren’t even on Bryson’s radar anymore. And it’s a big reason why he’s the overwhelming favourite to win this week.